Finally got the museum to work.

However, nothing makes really sense. It says that I own 360 on the card but apparently the Series console is my first Xbox hardware....
Also I got 0 achievements even though my first rare achievements seems to be a recent one from the San Andreas Definitive Edition. My most played game shows a picture of AC Odyssey (which is correct) but the text says CoD BlOps II (eew).

At least the summary card seems to be a little better:

Gamerscore is correct but I'm missing almost 10,000 achievements and over 200 played games.

Just checked my timeline for most played games each year.

In 2017 my son was 5 and started playing Plants vs Zombies. Today he's 9 and we're playing Halo Infinite together. He's actually pretty good, had K/D of 18/10 in CTF quickplay match :P

These kinds of issues were predictable when the multiplayer was announced as f2p. I only hope the campaign somehow justifies everything up to this point, otherwise someone needs to explain to me what's happened to all that dev time and money.

It's the special event. Not part of the others.

They are cosmetics, not essential. You can unlock free cosmetics by playing for free. No one is forcing you to buy those paid ones. They probably base pricing on what MMOs do with their cosmetic stores. If you can't afford then don't buy. If enough don't buy they will lower their prices, simple as that.

If a game is fun/attractive skin prices doesn't matter, Fortnite items probably cost 25-50K$ if you want to own all (Would be nice to do the math but I am to lazy).

Halo armour and attachments should be more user friendly, the fact that someone could end buying an attachment but doesn't own the correct armour is an issue, also need more stuff to be free with additional events/battlepass.

So many people want to see Fable, it's quite amazing to see! A magical IP combined with one of the best studios in this industry leads to massive anticipation I guess.

Personally, I think Fable needs a bit more time and there will be other Xbox things at TGA, but you never know. https://t.co/MHMMc3haFW pic.twitter.com/rpdroqyjnl

Finally got enough FH5 season points for the Radical RXC... only needed one more point, but both last daily quests of this season are broken.

You can't get "Explorer" if you already won all expeditions.

You can't get "Riveting" if you already won all Horizon Stories. 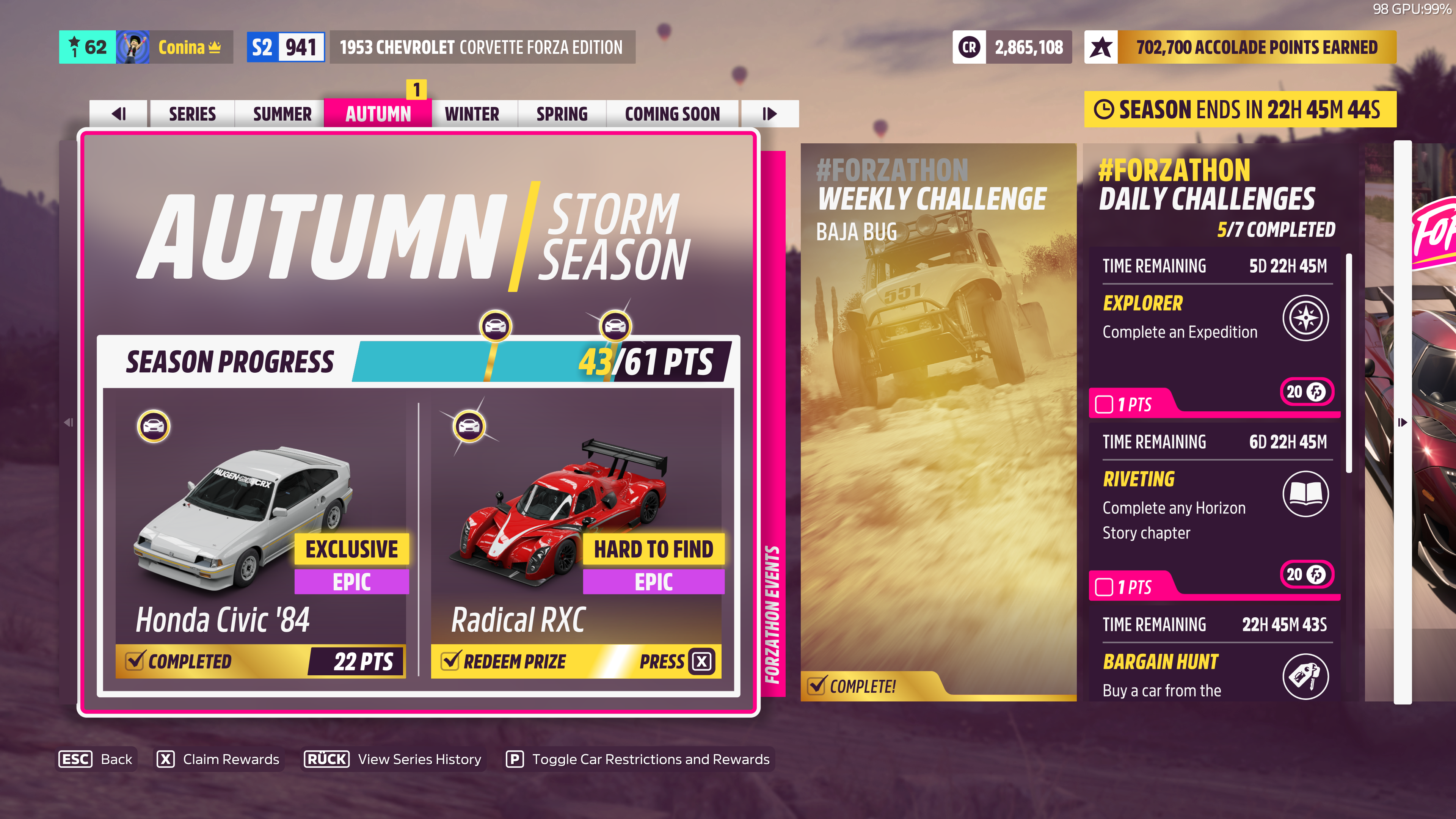 Microtransactions are ok, everybody knew that Halo Infinite would have them, afterall it's a free to play game and every free to play multiplayer game and most pay to play multiplayer games on the market these days have MT's. The issue is not the fact that they have microtransactions, it's the way that the whole game has been designed around bilking players out of their money, it's predatory: