When is Tencent gonna compete in console race?

Never, Imo, they're more likely to create something that rivals Game Pass/xCloud.

Gamespot - An Ambitious Return To A Classic

WindowsCentral - Shaping Up to be Game of the Year Material

GameInformer - A Wonderful World Stuck In A Frustrating Game

It’s incredible to me that Amazon and Google we’re not willing to make I investments like this, both Leyou and Sumo would have been chump change for them.

MS better stop messing around and try to grab the studios that they want who are left on the market.

Certain Affinity might be next, Leyou had the option of acquiring the rest of them (80%) in 2021 but I'm not sure if that contract is void with Tencent acquiring Leyou, I doubt it is though. So if Tencent wants Certain Affinity then they will likely get them this year.

Now that I think about it, 343 + Certain Affinity on some Halo FPS Spinoffs would likely work great.

You would think that they would have bought out the rest of the shares by now, I hope that there was a clause in the contract voids it if Leyou gets bought.

Wow how did I miss the news that Tencent also bought Yager? Every company that they have a minority stake in isn’t safe, I would be upset if they ended up buying Remedy.

i know that some here are not high on Crytek but I hope that MS manages to get them.

Activision and Ubisoft are safe

They at the end of the day still have to want to sell and I don't think either of those studios want to sell, not to mention Activision would cost a ridiculous amount. I also can't see Tencent ever doing a hostile takeover of a Western company so they're safe there too.

As for the smaller studios? Yeah, wouldn't be surprising if Tencent acquired a few more of those. I think Remedy values its independence so they're likely safe too for now. I'm thinking Fatshark, Certain Affinity and Crytek have high odds of being acquired fully.

Wonder if Tim Sweeney ever retires what he would do with his shares, Tencent already own 40% and Epic's valuation is massive now.

As for Crytek, I'd be fine with Microsoft acquiring them if the owners are given the boot, Lol. I do think there's better studios to acquire but I don't think that matters with Microsoft's amount of cash, I do not like the owners and I do believe Microsoft wouldn't want them joining the company either, they have a reputation to uphold, Satya in particular has spent the past few years trying to change Microsoft's culture, I don't think they'd want to give them senior positions inside of Microsoft with the focus that Xbox has now in the corporation. 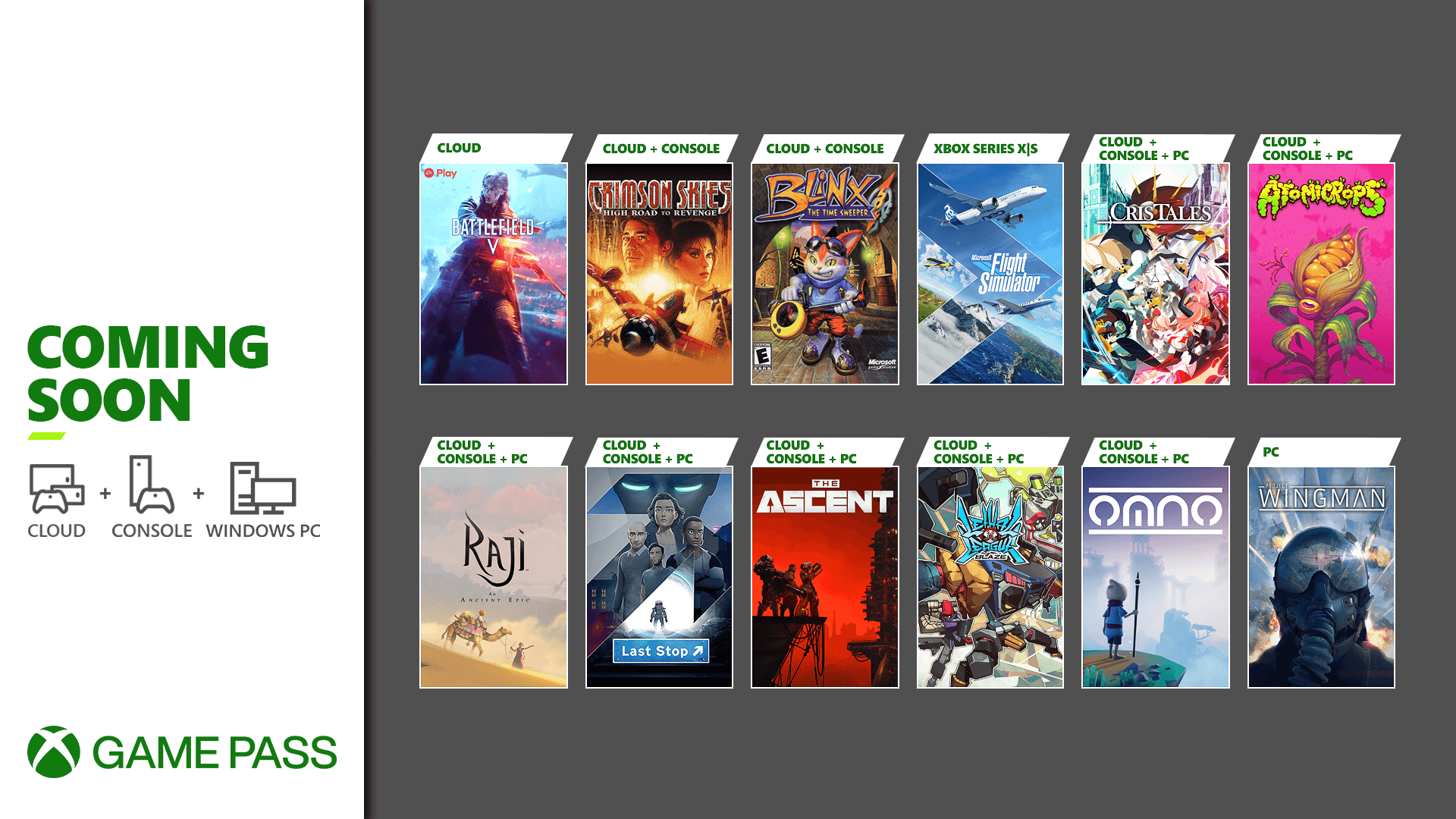 Am I imagining things or did I read once before that one of the complications with some of the FASA IP are Microsoft not knowing if the licenses allow for subscription services such as Game Pass? I'm fairly sure someone mentioned that before like Jez Corden? It wouldn't be surprising because the FASA IP are in general well known to be very complicated licensing wise.

Blinx: The Time Sweeper (Cloud and Console) – July 26
Coming to Xbox Game Pass to celebrate 20 Years of Xbox, Blinx: The Time Sweeper is a fast-paced action game featuring a cool, clever character in wild, warped worlds. The ability to control the flow of time provides a classic 4-dimensional gaming experience.

Something else to note, both of these titles are marketed as being part of the 20 Years of Xbox celebrations, so it makes me wonder, what else could be next? Admittedly I don't have a clue what is or isn't on Game Pass already from the OG Xbox era or what is actually B/C.

Anything y'all can think of? Anything you want?