One level from 6 matches is slow, very slow compared to other games.

Well, like I said, that is only from the first 6 matches. You will be getting more XP if you play more than 6 on a given day, and you will also be getting weekly challenge XP while doing those 6 dailies per day. I do hope they give us a better system soon though, like match score to XP conversion or XP for medals, plus a 2nd repeatable daily challenge for actually winning the match.

I gained 2 levels after my first match with an xp boost and 3 weekly challenges completed. Then 5 levels in an hour once the boost ran out. Of course this will vary, but with how friendly they are with xp boost and the new daily challenges, progression speed isn't an issue.

My nephew beated his COD battlepass with 150 games (a lot of nuketown), after 60 games in HI I am still at 16.  It is way slower. , just rework the sytem so you get XP for playing the game, turn those rewards for challenges into XP boosts and make the weekly challenge a community challenge so it may unlock for everyone who participated.  Would be way better, if this system still exist with the release I hope the game MP reviews will bomb.

What a sad world where everyone only cares about the damn battle passes nowadays as if the gameplay and everything is only secondary. This whole gaming world is so stupid since some years if it comes to multiplayer games...and sure, let the whole reviews bomb because you will need some more matches to reach the maximum level compared to CoD! You have half a year time for it and will easily manage to reach the max if you are even half a Halo fan especially with the already improved system but you should be able to reach it in a week!

You are 16 after 60 matches and that mostly without the improved points system which only started yesterday? I find the stuff you get in the Battle Pass pretty bad and how you get the points is also bad because players play "wrong" because of it but why in the world should it be so damn easy to reach 100? It's supposed to be at least some kind of challenge after all...if half the players will be at 100 after a week you can also just not have it at all and directly give it to the players.

I wouldn't place Halo Infinite MP anything below 8/10, Lol, the gunplay is so f*cking good, I don't really have any complaints about the maps aside from a lack of aesthetic variety (need more Covenant/Banished/Forerunner maps), I don't think there's anything noticeably broken in terms of balance aside from some guns being useless but I wouldn't really describe that as broken, the core gameplay loop is so damn fun.

Course I wouldn't give it a 10/10 cause of the progression issues (however, I would agree there's no problem with the speed now thanks to this band-aid fix) but the entire system needs to be overhauled still, XP should be handed out based on performance and the challenges need to be re-worked, I don't mind this content for launch, it's enough for me but the playlists absolutely need splitting.

I'd place it at about an easy 8.5 right now, the foundation is brilliant, dragged down by some design choices, thankfully some of these things should be relatively simple fixes, I'd expect a lot of developers would love if the worst things players said about their game were related to simple design choices like these rather than "man the core gameplay sucks", with a few changes to the challenge system, playlists and sprinkle a little extra content it will easy bump to 9/10 for me. 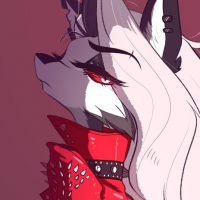 Since when is level 16 after 60 matches bad (I'm assuming that's like 99% PvP. I'm 10 after after 61 matches with around 80% being bot matches. With the added xp progression gives me a much more comfortable way to enjoy multiplayer, and not feel completely left behind because I mainly play PvB.

1)You may not like battlepasses but they normally add a lot of value and fun to MP games. If they weren't important why did like almost every Halo player here got the battle pass? HI battlepass is not good and damages the game,  unlocks are a let down while they sell the nice stuff with overpriced prices.  The XP progression is so slow but they added the ability to buy more XP and the challenges hurts the game. A ton of people can't play a lot but will feel forced to do the challenges and it is annoying when you are going for the objective yourself. Pretty sure most also played way more fiesta games than they really wanted to but they wanted those unlocks....

2) The improved system started yesterday, I was lv 14 and ended with 16 after getting some of those XP challenges.  It is not about making it easy, but playing 6 matches to increase one level is slow compared to other battlepasses (and yeah  I don't know all battlepasses). The progresssion issues that a lot of people seem to dislike is not beneffing the game but hurting it. I would hate it that other (MS) studios will copy it.

General question for anyone to answer: what has been some of your favorite lead & supporting performances in a 2021 game? Even if its narrative isn't incredible, perhaps the acting talent polished it up a bit.

I haven't really touched CoD in awhile, so I can't really comment on the Battlepass speed comparison there, but I do play Dead By Daylight, and I feel like the current Battlepass progression speed in Infinite after yesterday's update is comparable to Dead by Daylight's Battlepasses, and DbD is of course the 16th most played game on Xbox currently even though it is 5 years old and not a shooter. With the 4 free XP boosts per month from Gamepass Ultimate, plus the XP boosts you unlock within the battlepass itself, I think that the average player would not only be able to get through this 6 month season 1 Battlepass before the end of the season, but also the later 3 month battlepasses. Though I don't think we will see that happen, having the current progression by the time season 2 rolls around; 343 themselves said that yesterday's update is a band-aid for the progression system, they are listening to the feedback and are planning larger progression changes. I think we will see a system that gives you XP for playing well, either through medals or match score to XP conversion, long before Season 2 starts in May, probably even within a few weeks of release on Dec 8th we will see that, maybe even on release, depending on how hard it is to code such a system.

I personally don't see the current progression speed hurting reviews on Dec 6th, what is far more likely to hurt reviews is the current monetization. People are pissed about how the game is monetized currently, the $18 armor sets, the cheaper but still extremely expensive bundles that aren't a full armor set but things like color combos and gun attachments, the fact that we have Reach items in the store instead of in the Reach battlepass and likewise Yoroi items in the store instead of in the Fractures Tenrai event battlepass, the fact that the fan favorite Anubis set which is extremely popular costs $18 in Infinite, the fact that free players have barely any customization options, the fact that we can't earn store credits in game, the fact that 343 promised the most in-depth customization system ever for the series but all of that depth is locked behind a paywall (while the 3 body types don't actually resize the armor, a very lazy approach). You can see videos all over Youtube about how poor the monetization and customization is currently, threads all over Waypoint and Reddit, articles from gaming sites about how poor the the monetization and customization is.

I fear that if 343 doesn't rectify the monetization issues before Dec 6th it will hurt MP reviews quite alot. The various issues surrounding the game have already caused a good bit of player drop-off, it was the #1 most played game on Xbox week one but has now fallen behind Fortnite and CoD Warzone on week 2 to land at #3 on Xbox most played, and it has also lost nearly 2/3rds of players since release on Steam. 343 really needs to make some significant progress asap.