I was just about to invite you to my secret Don Mattrick fanclub. We were going to watch the glorious 2013 E3 presentation and play kinect games together this weekend. Your loss.. 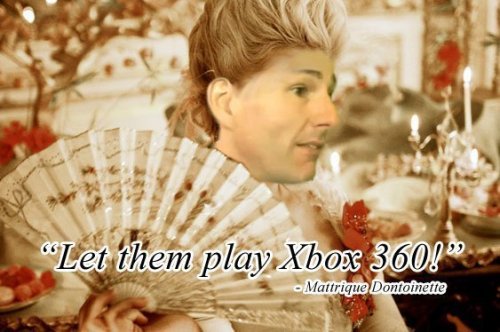 Through purchases of the Sails of Hope, the Sea of Thieves community raised a Kraken-sized $114,841.48 to help @GOSHCharity ensure a better future for seriously ill children! Thank you so much, pirates, for your outstanding generosity ♥

I still remember that.

I ended any playing of Halo 5 MP in 2020, when I finally got a zero deaths game in BTB Super Fiesta. I wanted that to be my last game in a Halo online game.

Regarding Kojima, the deal is at the lawyers stage.

Pretty much done then.

I tend to agree, but really the only way that I can see to bring them both together would be to offer both classic (no sprint, no clamber, no equipment, etc.) and modern versions of most playlists in Halo Infinite (so for instance Classic Team Slayer and Modern Team Slayer playlists, Classic BTB and Modern BTB playlists, Classic SWAT and Modern SWAT, etc.). If not at launch, maybe they will do that eventually since Infinite is supposed to be the only Halo game released this generation, and they probably won't want to keep both MCC and Infinite updated all gen in order to satisfy both the classic and modern fans, so maybe it would be worth the extra work to support both classic and modern playstyles within Infinite.

Low-key it would be a bit troll-y but I think Microsoft should copy Sony: https://www.youtube.com/watch?v=annuTcmB1rw

Just get it out of the way, we don't know how far away Kojima's title is but the dude has a cult following, Lol. Randomly dropping the announcement has been some of Xbox's best marketing moves lately, it'd also show commitment to Japanese content creators sooner rather than keeping it a secret until some major event.

Better than waiting years for Kojima to reveal the title, unless it gets revealed this E3 but I'm unsure of that.