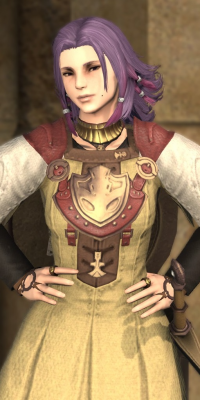 Very meh on the english VA for FFVII so far. Sounds like the usual stuff.

Feel that for this, being a remake of such a beloved game by its fans and Square, they could have gone the extra mile and spend on getting more professional voices for the dub.

Which I guess is wishful thinking, I have to accept that from a lot of what I have seen and played from JRPGs, the only one to go above and beyond to create a great english dub that can go toe to toe and even surpass its japanese dub has been Tales of Symphonia.

(They could also make a latin american spanish dub for even better results, but that won't happen).

Out of curiosity, why in the US version of FF7 do they write “Aerith” instead of Aeris?

Did the US localization guy have a tremendous lisp and wasn’t able to pronounce “s” correctly?

Are you guys not aware as a country that the “Aerith” pronunciation sounds gross?

I'm the opposite. I get "voice actor fatigue" if a voice becomes too prevalent (same reason Troy Baker and Laura Bailey started to grate on me, though in Laura's case it was a retroactive grudge once I found out her first role was Fruits Basket, urgh!)

Maaya is one of those instances. Maaya, Kana Ueda, Chiwa Saito, Kosuke Toriumi, Masakazu Morita, Fukuyama, Sakurai, Hikasa, Ito... get out of the spotlight damn you! I want some fresh talent! Don't make me bring out the cane!

Well personally this will be the first time I hear Maya as Aerith. Aside from Advent Children 10 years ago where she has like one line in the movie.
And as Lightning I guess her demeanor is different enough.

Sakurai Takahiro (Cloud) though always sounds pretty similar in every role I hear him in. But then again he's one of those voices I don't get tired of hearing (yet). Like Jun Fukuyama, or Norio Wakamoto.

@Jumpin  Her name is supposed to be Aerith, as it is spelled that way (in English) in official Japanese material, and the developers stated that her name is a near-anagram of Earth.

I mean... it's a lot better than what we had in both KH I and KH II. But to be fair, it wasn't too difficult to suprass that xD