There are not enough JoJo references on this site.

It's supposed to be dumb.

I don't understand, whats a JoJo?

I know nothing about Jo Jo, but this was a fun little cartoon.

All I know about it is some guy named Joseph is protected by some sort of spirit guardian or whatever called a stand, together they fight vampires, one of whom is named Dio Brando, and Dio became a meme when he stole a kiss. 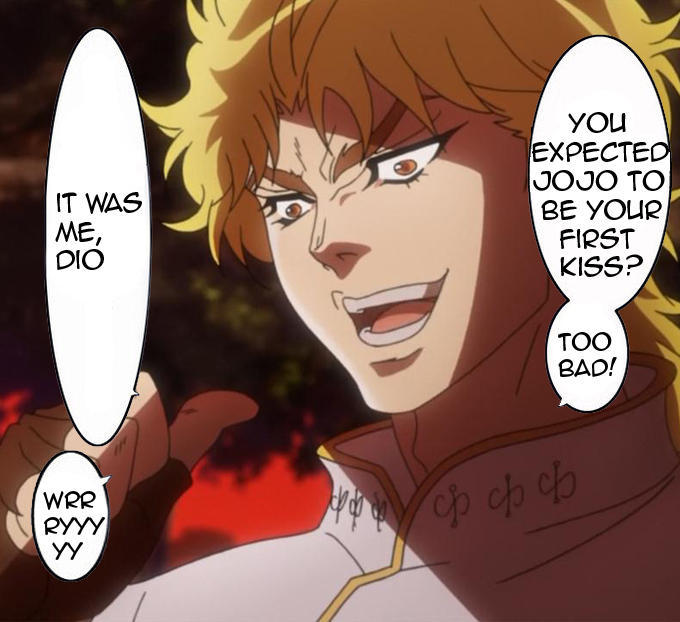 I thought D.K. and the others were going to look more like JoJo characters but still funny :p

So you think King K. Rool would play Dio? XD