I've heard great things about the display and lenses.

I think it seems like a great headset, a little more pricey than I was hoping for sure though.
Biggest disappointment is no Valve games coming with it.

The thing is, does anyone here actually have the proper receipts for each piece of hardware, that went into making these devices, and just how much it cost to import them from said factories they were designed in?.

I doubt anyone would want to sell these things at a loss, which is why I thought that Pi had a point with the $800 PP, rather than the 1k+ or the Vive's PP. Still, expecting anything around $3-500 is asking a bit much for high end tech.

144hz support for a headset like that is something else though. I mean, my own 1440p monitor wasn't cheap either. Still cheaper than a 4k tv or monitor at 60hz though.

If you invest a lot, you're going to then have to expect to sell a lot, and when you don't, well, we call that selling at a loss, and hardly anyone wants that these days. Just look at Sony this gen, no trying anything new, just playing it safe and watching the competition mucking their side of things up, then playing off their weaknesses. It's better to invest something, than simply putting all your eggs in one basked, and expecting the heavens to shower you with gold.

Cloudhead Dev(in the comments) is basically saying that the Vive Pro isn't even comparable.

I've heard a few say that despite having the same resolution as the Vive Pro, the Index manages to look much better.

Knuckles is a nice step for VR with good interactivity, one of the first to offer both good ergonomics and the richness of input necessary for an enjoyable VR, but it's still too expensive, and the whole set of devices is too, to become mainstream. For VR to really become mainstream we'll have to wait for something comparable to the whole bundle to be offered for a considerably lower price. Anyhow, now we can say tech is good enough, for its price to fall enough we'll probably have to wait around three to four years, but it could happen quicker if both Sony and MS will strongly support VR since their 9th gen consoles launch, in that case economies of scale, and competition for a market truly and committedly supported will make prices drop faster.

I'm still happy with both my PSVR and my Oculus Rift (including its awesome and supercomfortable touch controllers), but the Valve Index ticks just the right boxes for me:

- RGB instead of Pentile matrix! With a Pentile matrix you have a bigger screen door effect (in the same resolution) than with a RGB matrix. So you have to have a higher resolution for a similar result... the graphics have to be rendered in a higher resolution, demanding more performance and wasting a part of the image quality by sending it to 2 instead of 3 subpixels. So you need a more expensive GPU for a pentile VR-headset in demanding games for similar visuals: 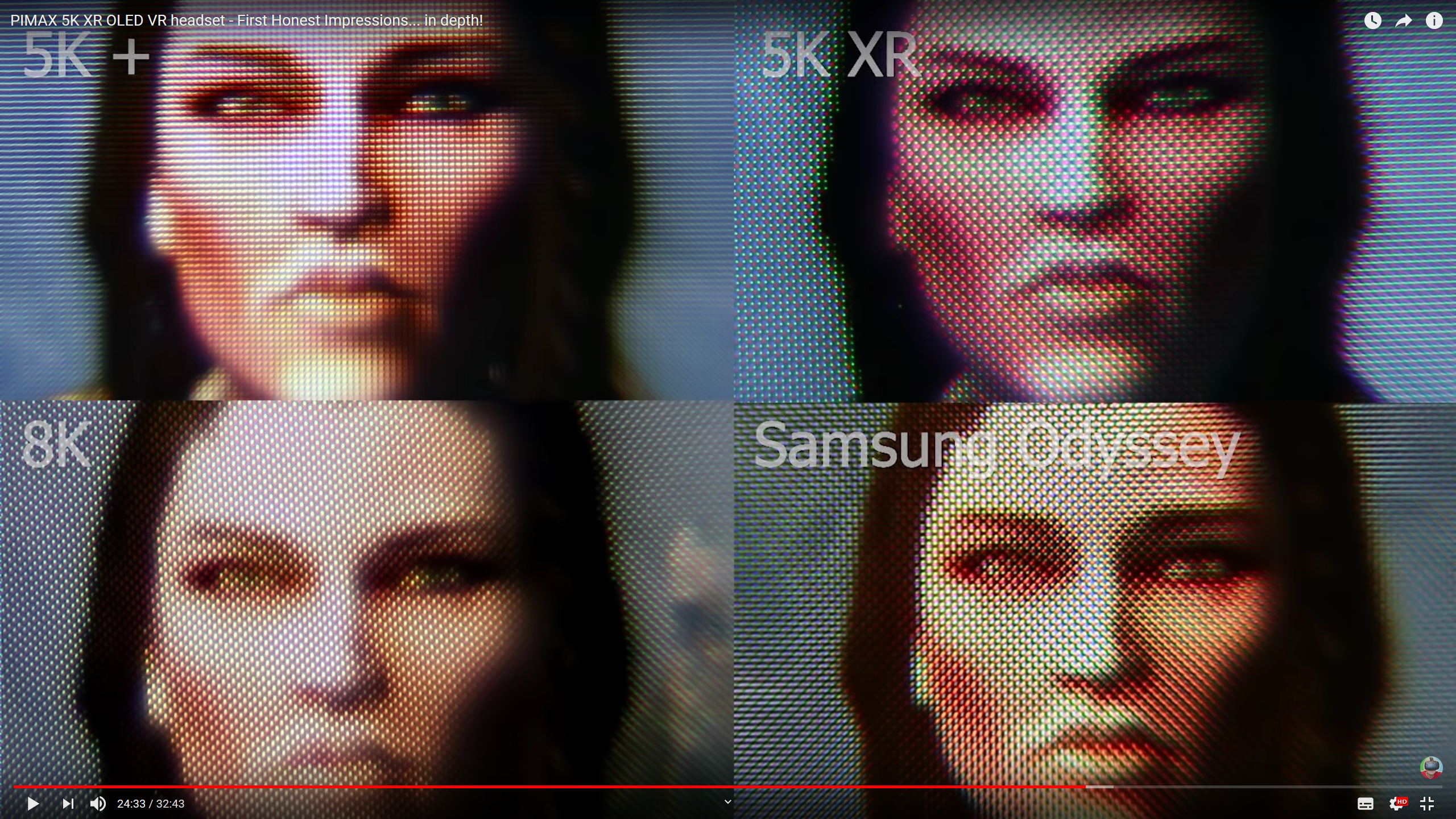 - the FOV of the PSVR and Rift don't bother me much. Of course I can see the borders when I focus the edges, but a slight improvement from 110° to 130° will be good enough for me, I really don't need 150° or more

- the Knuckles controllers seem to work awesome and are a big step in the right direction for hand/finger control input! On the other hand (pun intended) it will take a while until many good VR games will fully support the finger input of the Knuckles, so I can wait a while until prices come down. Also some testers have come to the conclusion that the Rift touch controllers are more comfortable, so a change to Knuckles would be a trade-off

- the contact-free earphones are great idea! My ears are very touch-sensitive. In-ear is a total no-go and most on-ear headsets put too much pressure on and get uncomfortable for longer sessions. The headphones of the Oculus Rift are okay, since the pressure is minimal and worth the binaural sound in Hellblade and other VR games.... but contact-free sounds even better.

So when I upgrade my PC in 1 - 2 years, I'll probably get the Valve Index.

Pre-orders are on, but looks like it's out of stock already. 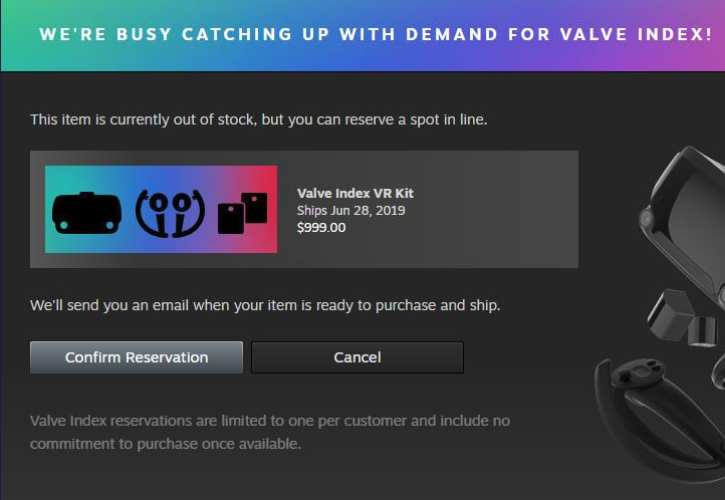