Don't Creatures Inc co-develop the main generation RPGs? They didn't work on Let's Go, but I'd expect they're helping with Generation 8. That'll mean a total staff of somewhere around ~250 working on generation 8 right now, with development presumably having started a little over two years ago (Let's Go entered development early to mid 2016 judging by comments made when they were revealed).

I don't mind how Let's Go looks too much, but I'd agree completely that more sophisticated textures and animations especially are desirable for the new mainline titles. Let's Go were spin-offs for beginners and Game Freak's first HD Pokemon RPG. Generation 8 should have been the focus for both Game Freak and Creatures Inc (and perhaps with assistance from Nintendo's other studios or from freelance studios), so I'd hope for a more technically proficient experience.

That's part of the reason why it hasn't change. If they can lowball the presentation value and it doesn't impact sales, why they should invest more in it. 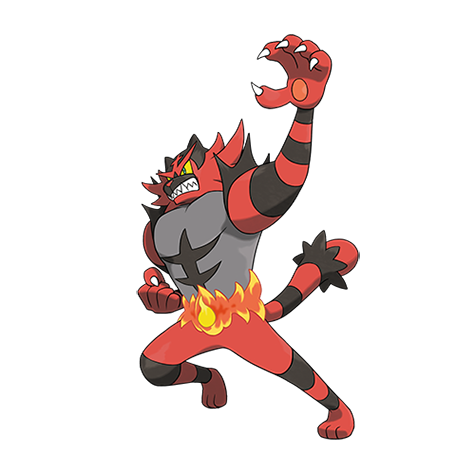 Also people saying the Pokkén/Smash comparisons are ridiculous: of course they are. Pokkén/Smash characters are fully fleshed out fighting game characters with loads of animations for movement, jumps, blocks, parries, moves, taunts, getting hit and more. No one's expecting that level of care to go to each out of the *whatever number of Pokémon there are now*, but people are expecting at least decent models for them, if not on par with those games, then at least close enough. Reusing 2013 models made for a 3DS game is unacceptable, there's just no two ways about it.

Alright after looking at the Let's Go games I see what OP means. I don't think it is nearly as bad as OP makes it out to be, but things clearly need to be upgraded, even if ever so slightly. I'll just point some things out... The semi-circle parts of the ring don't have enough side segments. In layman's terms this means they look like a stop sign, instead of a circle. The sad part is that this can be fixed by sliding a dial in 3DS Max. It's a two second fix. If you look closely at the boy's sleeve you can see the same sort of issue.

Past the first set of trees, we just have a skybox textured to look like trees. Creating some low poly landscape and then dropping copies of the first two trees onto it wouldn't' take more than 15 minutes. 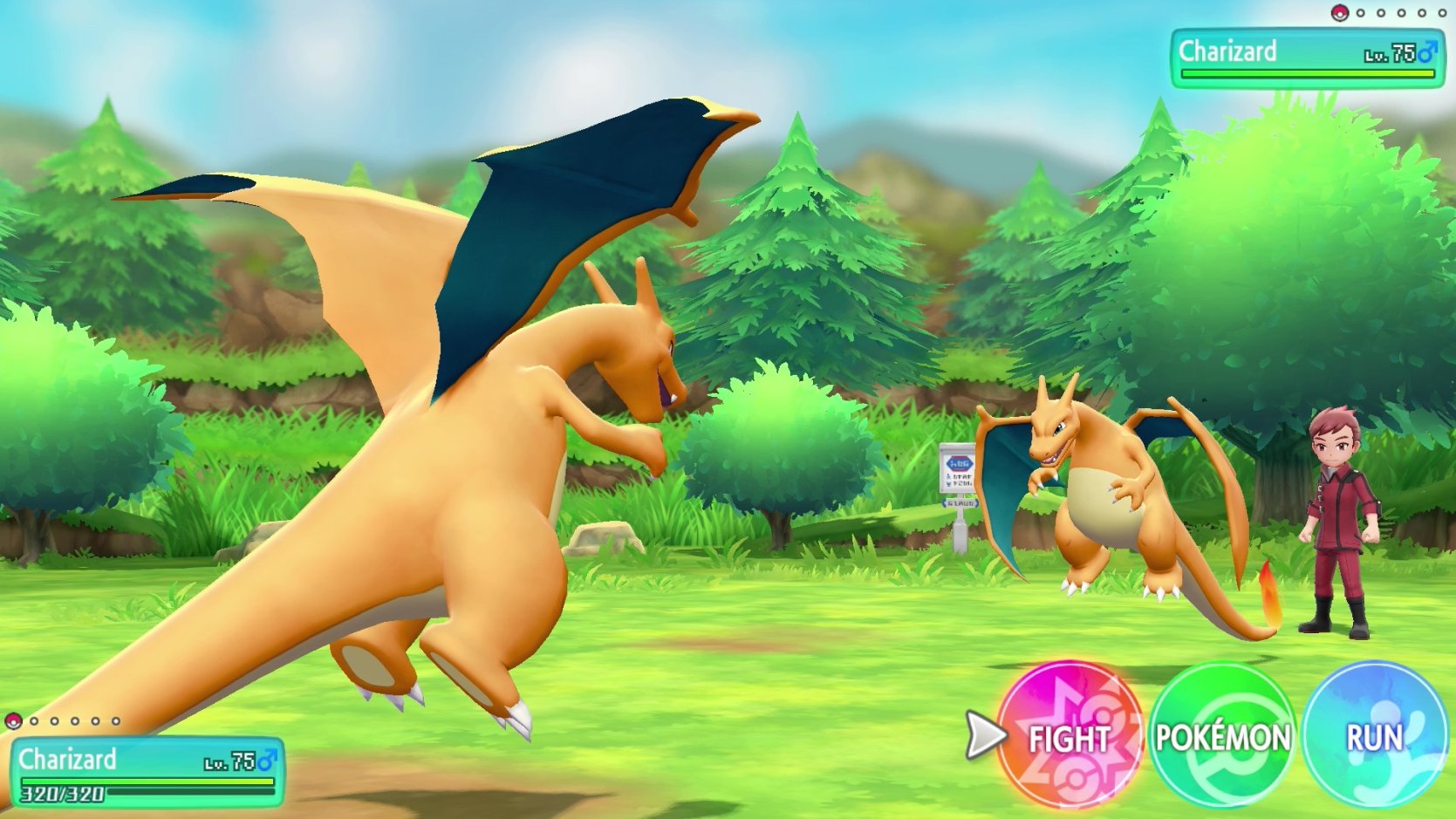 The part where Charizard's arm connects to his body needs some cleanup. It looks like they just slapped a smoothing group on a low poly connection and called it a day. You can see the same sort of problem where his neck connects to his head. 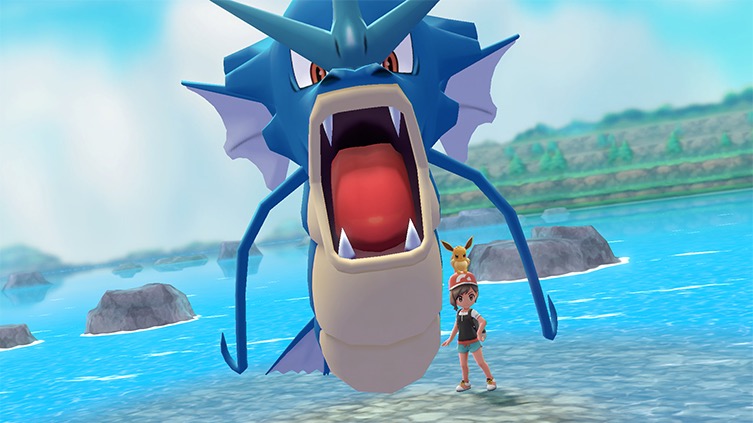 Everything about the mouth and teeth are too low poly. The teeth are just six sided cones. Borderline N64 era stuff there. The corners of the mouth just connect with zero chamfering. Fixing these things would take five or ten minutes in a modeling program. 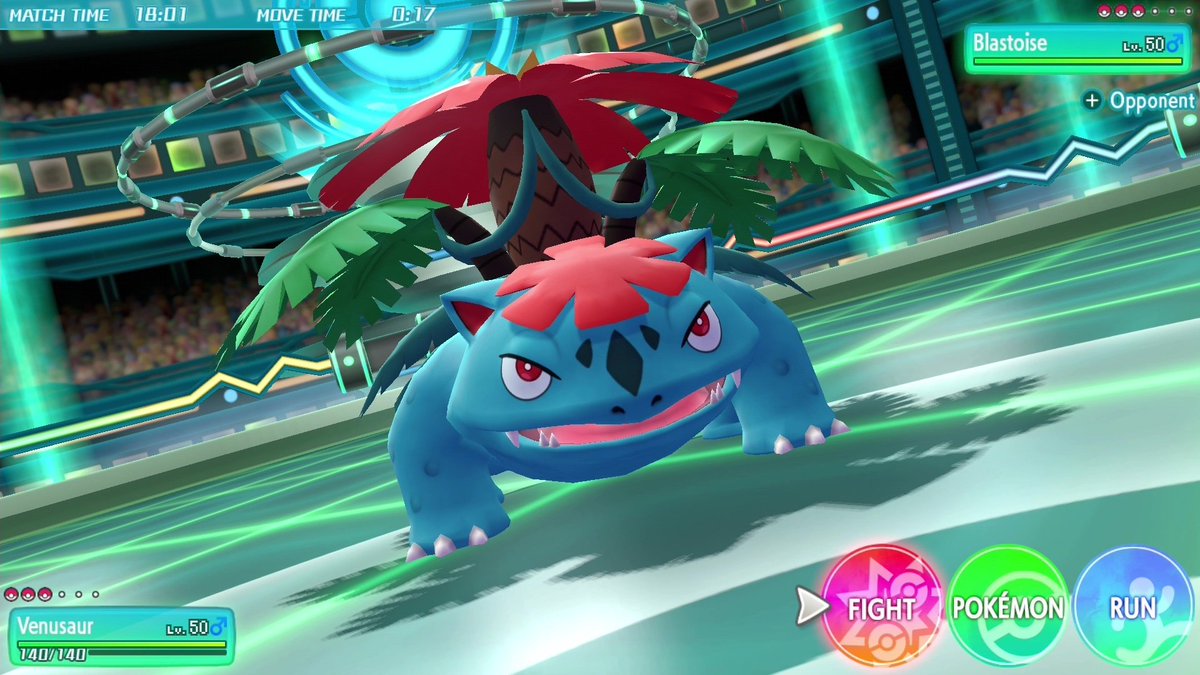 Venusaur's toes look like they are right out of an N64 game.

At first I thought this was just a thread asking that Gamefreak suddenly get on the level of the Odyssey or Xenoblade staff. But now I have to admit that all these models need fixing and these are things that even I could do in my spare time. And I'm not very good at 3D modeling.

Edit: And all pokemon eyes should be their own seperate semicircles at this point. There should be a little bit of depth to the eyes. Instead there's usually just eyes that have been textured in. This works fine for smaller creatures like Pikachu, but not for Charizard, or big characters.

To be fair it's quite harsh to criticize the Pokémon models for what they are, because they were made for a 2013 3DS game. The issue is that they're still being used.

Still being used is fine. Not updated at all is another issue. Nintendo has been known to recycle game assets for years. The Gamecube startup sound for example is just some old SNES song reversed. Or something like that. I forget. I'm pretty sure that Brawl character models were just Melee character models with better textures, and a few tweaks in geometry.

Lol no. (I'd post pictures but I'm too lazy for that.)

However, the models made for Brawl are being reused to this day.

Honestly Incineroar isnt even that bad. I think people are still salty that the fire starter turned into a standing bipedal yet again, hence the hate.

There are much better examples to show, such as this:

^In the end there are over 800 Pokemon, it was impossible for them all to be good, of course there would be duds along the way. Overall though, Pokemon designs are quite good. For every bad design, there are at least 10 good designs imo. Decidueye last gen was great, that design alone convinced me to play Moon, my first Pokemon game since Sapphire.