The transistors are produced by TSMC or GlobalFoundries, not AMD/Nvidia. So i give it " higly unlikely" label.  More over, the latest AMD 14nm FinFet was co-produced by GF with Samsung to lower the costs., because more plants needed.

Not so fast, bro.

Sure, there is a big if here, but there is also the ground to defend my prediction.

I prefer to try and base all assertions on actual known factoids.

Navi is based on Graphics Core Next. That alone makes it very uninteresting.

I agree, they will not put a high-end GPU in the next gen consoles, but are you assuming that AMD's next-gen GPU architecture isn't going to have a mid-range offering?

AMD works with the fabs to choose the best transistors for their designs, not all transistors are created equal, some operate with lower power but sacrifice operational frequency.
AMD will often port an older GPU design to a new node in order to "test the fab waters" so to speak and learn about it's various characteristics, so that their next chips can take better advantage of it.

Many said the same thing about Ryzen in the Xbox One X... But I digress.

I suggest you wait for an actual announcement before trying to assert something as factual.

:)
Thanks Pem, you're the hero this site doesn't deserve.

Kinda nope, the previous supplier for AMD 14nm FF was GloFo, but AMD got a back up options with Samsung/TSCM just in case the GloFo will not be able to meet the demand.

Some months ago GloFo  announced they simply cease 7nm process and focus on 12nm, so AMD turned  to TSCM, and that makes them a problem or two.

More over, the AMD got problems with GloFo in 2011-2012, the problems were so big that AMD simply cancelled Deccan in one move.

Now they have switched for TSCM, because no other options left, simply that.

As for Vega, it was already delayed,so...

We talk about the next gens we know nothing official about, no specs, no release date, no price etc, we talk about tech that we know only thanks to an infographics, and it is YOU basing anything on actual known factoids ? And u are lecturing me, when I make it clear and simple that I am predicting ?

Whats wrong with u?

In short, characteristics of a Transistor can change depending on how it's structured (I.E. Taller fins.), various metals like Germanium, Aluminium, Polysilicon and more all have effects on a Transistors frequency and power consumption characteristics.

There is still options, just options that aren't acceptable to AMD. - I am just wondering, what is your point?

And of course, we got Vega in 2017 and a Vega Refresh in 2018, the 2018 variant ended up being a professional part, the consumer part dropping in 2019 which ended up being rebadged as a consumer variant anyway, so technically Vega wasn't delayed.

Nothing is wrong with me. I am merely stating that "predicting" something cannot be asserted as something that is factual.

I might also ask you to refrain from taking personal jabs going forward. Cheers.

1.Not at all, of course they are optimizing the design for their needs, just like Sony,MS and all other customers do.  Simply they are more in the Sony with Playstation scheme, or MS with Xbox if we talk about actual production, than lets say " AMD creates" anything, thats all. I am just fucking precision guy, ye they tell me it every day.

2. Where exactly did I said anything like that ? Common sense is that next gens will hit 7nm, the APUS will be delivered by AMD, so, TSCM is the only option.

3.There are many plans and information from AMD and they kinda change overtime, but hey, have it your way 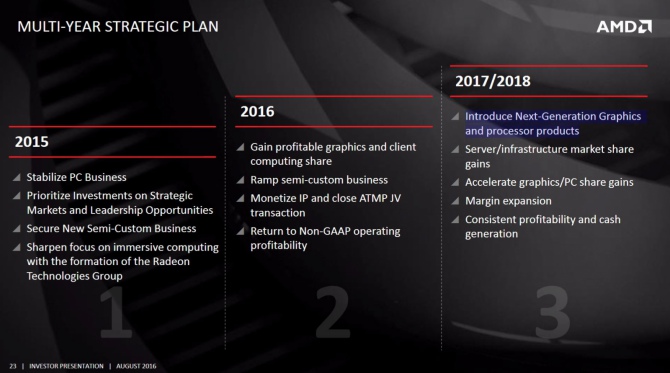 Erm. You missed the point. - There will be variants of 7nm even at TSMC.

Not really contradicting my statements though.

Sure, just adding to the discussion. I want to explain the base I have build my prediction on, not contradicting every words others said. This is not Switch will fall of the cliff talking, thats my point..

Thanks for contrubuting, the more eyes look the topic the better, lets meet at the middle of the road, I dont remember having the conversation that long here for years.