3D World did come out by holiday 2013.  It came out in November 2013.  But that was still too late.  Once the launch window passes Wii U had practically nothing for about 6 months.  The biggest exclusive between January and summer was Lego City Undercover.  There was also an HD version of the Wii's monster hunter game which had its own 3DS version at the same time.  But this wasn't anywhere near enough.

I mean,even on the exclusives department the Wii U kinda lacked. The console came and go and it didn't received a Fire Emblem, an main Animal Crossing, a Metroid, an main Kirby,a Luigi's Mansion,the 3D Mario was a sequel to a portable game and not the open worldmany were hoping, it only got one Mario Party,the Zelda and Paper Mario released at the very end of the console life. It had pretty good exclusives on it,but many Nintendo franchises went missing on the platform.

Exclusives are collectively very important (though individually they help out only in the very short term), but they aren't everything. The Wii U was poorly marketed and had a serious software drought where there were no games of note between launch and the release of Pikmin 3 in the summer of 2013.

I agree with you to an extent because while the overall top games the Wii U got is comparable to any other Nintendo platform, they all came too late.  Nintendo placed all their hopes on Nintendo Land and NSMBU holding things down until reinforcements could arrive and both games failed.  After that they had nothing to get them through the drought of 2013 and the console's reputation as a failure was cemented before Mario 3D World, MK8, Smash 4, Splatoon, Mario Maker, XCX and others could provide support.

You need a high quantity of high quality games. Not just quantity and not just quality.

Honestly, exclusives do sell consoles and is probably the reason why the Wii U managed to outsell the Dreamcast and Saturn and pushed 14 million units despite being the worst console hardware to hit the market possibly ever from a major console developer. If it wasn't for games like Mario Kart 8, Smash 4, Splatoon, Mario Maker the Wii U probably would have sold half of what it did. The Wii U was a complete disaster in terms of hardware and I would say was an even bigger hardware failure than the Saturn. Honestly, if Sony, Microsoft or even Sega released hardware that was as bad as the Wii U they probably would have killed it after a year because nothing could be done to resurrect such a disaster. Nintendo EAD had so much talent that they were not only able to keep a pulse in this dead console despite zero third party support they actually created some of the best games of the generation. If you look at the major sales spikes from the Wii U during its life, it always followed one of the amazingly successful first party releases. 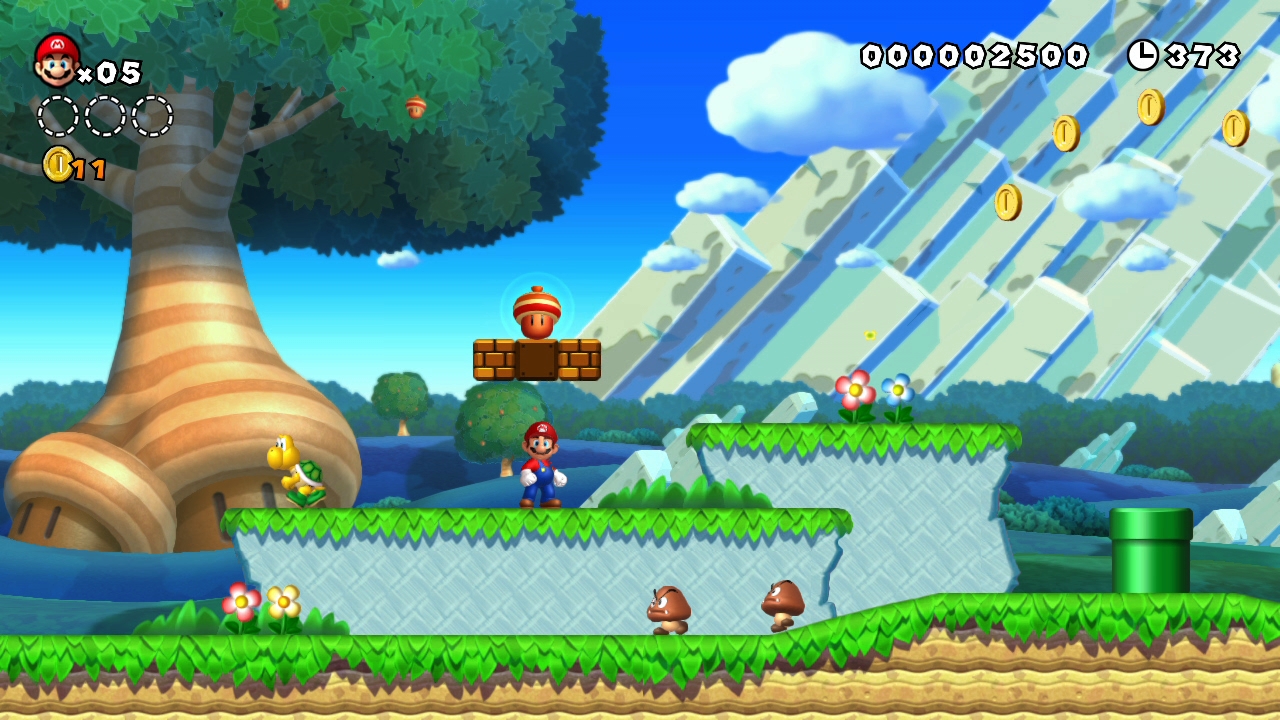 The exclusives weren't that great.

Super Mario 3D World was one of the worst 3D Marios they could have put out. We went from Galaxy to that and it hurt. There's no mainline Zelda game (they'd delay BOTW to the point where it's a Switch game). Retro was forced to make a boring DKCR sequel instead of an awesome first person shooter or WRPG. No Metroid. No third party support (even the GameCube had some decent third party games). Smash Bros. 4 seemed like such a weak attempt that the name was literally "for Wii U" as if it was a commodity.

The tablet controller appealed to no one. I predicted the Wii U would fail immediately because the tablet controller made no sense. The Wiimote was obviously a hit, but Apple was trying to hop on the tablet bandwagon at the time but it literally added nothing to the system. I mean, it wasn't even like a console-DS. Nintendo would go with the "last gen graphics" but charge a full gen price with NO benefits. The Wii could have weak graphics because of its mass market appeal with motion control. Same with the Switch which has the portable gimmick. The Wii U had NO reason to be so weak. It didn't need to be PS4/One strong, but it should have been like PS3.5 or Xbox 540 strong at least! 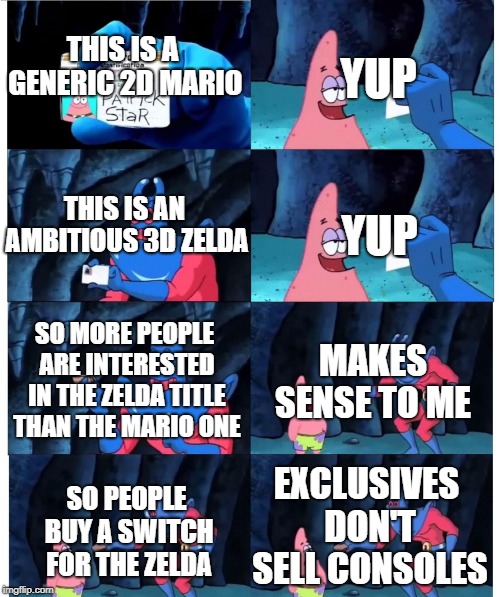