Yeah and he knows it's your switch friend code that's in your sig.

I think I should clarify a little more why I was left so impressed by Nintendo part in the awards.

First of all, Sayonara: It seemed like a really vibrant and honestly, an unique game.But not unique in the sense of"Look, the graphics are different!" but rather that its taking a very different approach to the rhythm(?) genre, and somehow making it seem like an adventure, like a journey.On top of it, it really has a great artstyle.I guess it just resonated with me.

Ultimate Alliance 3:I really liked the first alliance and Im really happy that its back.Not only that, butNintendo also got the rights to it AND in the year that Avengers Infinity War part 2 launches!Business wise this could be huge, assuming the game is good and Nintendo does their part in marketing it.

Mortal Kombat 11, Crash Racing; Dauntless: They are mostly to show that Nintendo is finally gaining, after 20 years, the third party support back.And whats most noteworthy here is that they are all western games.I have predicted, wayyyy back in November 2016, that as the Switch became a success and started fixing Nintendo image with the overall market after the Wii U, that it would start to see third party slowly crawling back to its system.And while I didnt expect it to be this fast(yes, as far as western developers goes, this is fast for me, given how long they have been ignoring Nintendo), its nice to have finally come full circle and be proven (kind of) right.

And finally, Joker on Smash: I love Persona.I love Persona 5.So Im sorry for freaking out over this piece of news.Personally I think this is the biggest news of the show, but thats just me.

Anyway, this was my reasoning.This thread was more to highlight how far Nintendo has come in terms of support and how it maneged to reestructure the company itself, so I did try to stop it from turning it into a console warring by writing that sentence in my OP, but I guess some people cant contain themselves.

Either way, it was an excellent show(because of the games and the awards themselves, not just Nintendo)

I think the issue some people take with your stance, and perhaps don't know how to go about it the right way, is the feeling that you're giving Nintendo a little too much credit and perhaps being a little dramatic in your take on what was at the show involving them. It was nice to see some third party games come to Switch. Mortal Kombat 11 was definitely surprising but you're probably going to find that, outside of hardcore Nintendo fans, there aren't many people who share your sentiment overall.

I would even guess that some hardcore Nintendo fans were lukewarm about the show because it really had no bigger announcement than a popular multiplat fighting game coming to it. Which was actually low-key in its revelation of a Switch version. There's nothing wrong with you being happy with what you saw for Nintendo that night. Even very happy depending on what you enjoy. Just anticipate that a lot of people are not going to agree with you because Metroid Prime 4 is still playing hard-to-get. I do agree that some people should probably chill on turning this into a console war. Which I don't think you intended at all.

I know that.I just felt like giving a better perspective.

I should also say that I throughly enjoyed TGA because it was a great awards show, not just a great gaming show.People should really put their perspectives in place:If you dont go to an awards show for the awards themselves, of course that it will have an "horrible pacing", and "not enough reveals".At least thats how I see it, as there have been people saying these kind of stuffs.I am also dissapointed that there was no metroid, but considering the quality of the show and reveals, Im more than fine with it.

It was a very big improvement over last year, thats for sure. 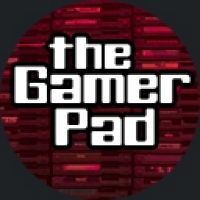 Animal Crossing is a huge seller too.

Metroid Prime and Bayonetta are not big sellers and not the biggest titles on the list.   They help add variety to the Switch and come across as the type of exclusive we would see on a competitor's system, but they are not big sellers even though I personally enjoy them more than most games.

You don't have a clue what you are talking about.

It is a huge game.