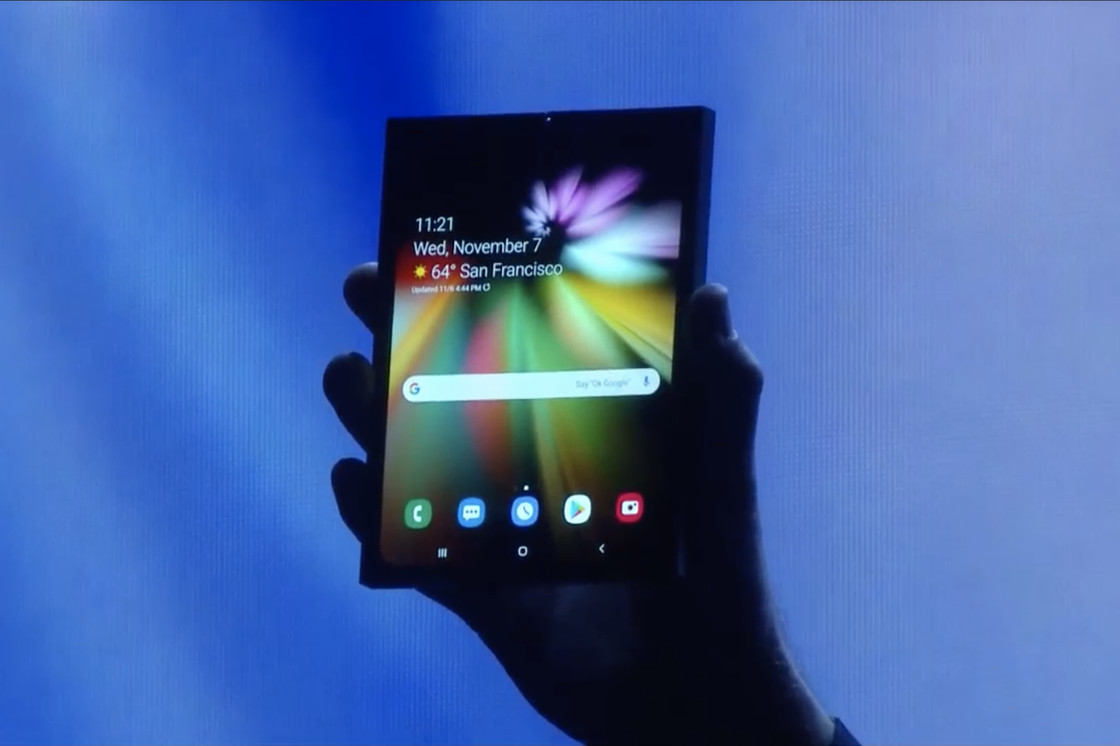 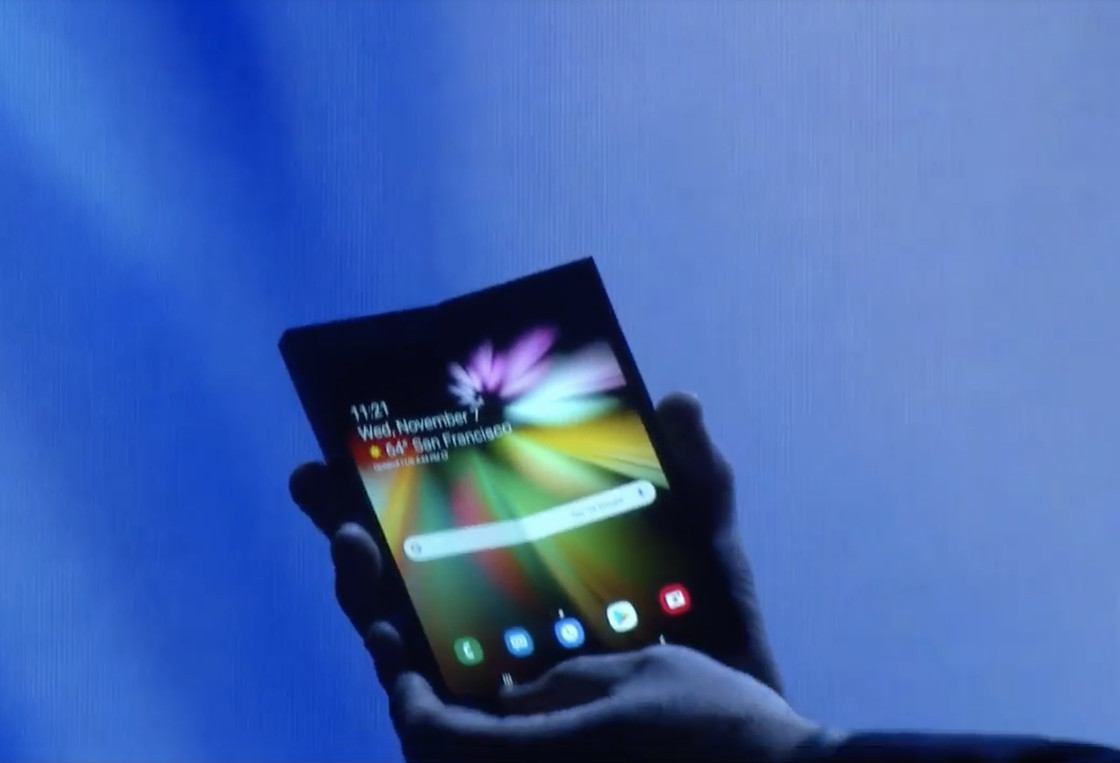 Samsung has been teasing its foldable smartphone for weeks, and now the company has unveiled it for the first time today. Samsung calls its foldable phone technology the Infinity Flex Display, and the phone itself has a tablet-sized screen that can be folded up to fit into a pocket.

Samsung demonstrated a “disguised” device during its developer conference today, and dimmed the lights to protect elements of the design. “There’s a device inside here,” said Justin Denison, SVP of mobile product marketing. “And it is stunning.”

Denison then showed a device that folded out into a tablet and back up into a candybar-like form factor. The device includes a cover display that acts as a phone, and a main 7.3-inch tablet display.

Up to three apps will be able to run simultaneously, using something Samsung calls multi active window. Samsung says it will be able to start mass production of the Infinity Flex Display in a “matter of months,” according to Denison. Samsung isn’t saying exactly when we can expect to see more than just this concept device.

Google is also officially supporting these new foldable devices with Android, and it’s working closely with Samsung for the launch of this phone next year. Google is providing guidance for developers to start using existing features that are built into Android to support these foldable displays.

Samsung isn’t the only phone maker working on foldable devices, though. Huawei reportedly plans to release a foldable handset next year. Lenovo and Xiaomi have also started teased their own prototypes, and LG is also working on flexible OLED displays and TVs that roll up into a box.

Microsoft is even working on a multiscreen device, which could be a modern take on the old Courier concept. Microsoft Surface chief Panos Panay previously revealed that a pocketable Surface device is “absolutely my baby.” Phone makers you’ve probably never heard of are also experimenting with tablet-like devices that fold into a phone form factor, so expect to see a lot more of these handsets in 2019.

Very interesting! Looks like foldable screens will be the next big thing for smartphones, tablets and smart TVs. They may bring the biggest revolution in smartphones since the original iPhone.

Also, any footage of one of these phones in action?

could be the next big thing, wonder how much it will cost

The point and functionality of a folding phone?

That actually makes alot of sense.... could catch on like wild fire, and be the next big thing with mobile phones.

Its a way to get a bigger screen, in a device ment for your pockets.

Looking forward to it, but it may be a while yet before they're more than expensive niche products.