Forums - Gaming Discussion - Rockstar claims that RDR2 has 1000 voice actor cast, making it the largest ever in a game

That's all good and stuff but how much of that will be anything of value overall?

It's amazing how lazy some sound designers are, I frown every time I hear this particular sound effect and completely forbade it at my work some 10 years ago.

Depends on the pay of each for example someone doing a few lines won't get the same as someone voicing a main character, I'm sure the are a lot of people who would have been paid maybe 100 or so quid. Another thing is VAs aren't necessarily paid straight away as media is notoriously slow in paying the people in it.

wow i didn't know that the game was that big.

i guess i forgot this is rockstar were talking about here

If this game gets anything below 98 on Meta I'll riot.

It may be even bigger than I thought. Yesterday one of the previews for the game mentioned that the full RDR1 map has been remade in RDR2. It was quickly removed from the preview, presumably because the previewer spoiled something that R* hadn't planned to announce yet, or possibly it was just inaccurate. If it is true though, this is the full RDR2 map: 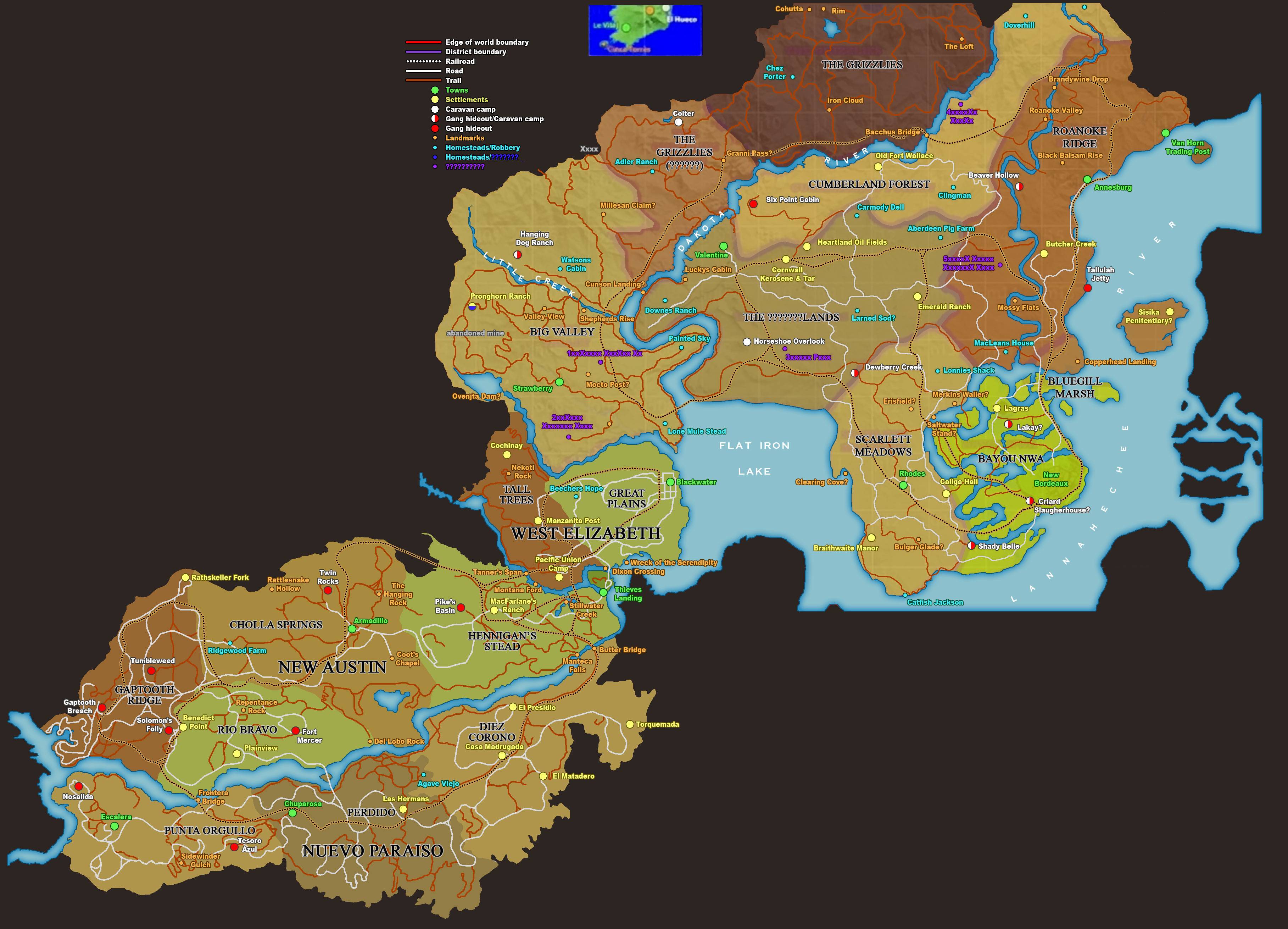 That brings us up to 1 big city, 1 medium city, 9 smaller towns, and numerous smaller settlements such as ranches.