Would you put Fox news in the same category as CNN.  Just wondering because if CNN is totally Anti Trump, then Fox news would be considered their direct opposite.  If any news site only negative or positive then they both can not be trusted as news sources.

"he didn't tell us how great and powerful Putin is in a shameful bowing display."

do you have a link for this? or did you just pull that from the aether?

"he cared about the environment and our future generations"

the man who launched more drone strikes than any other cared about the environment? do go on, expand upon this some more please

"he did not bow to dictators."

" You underestimating how destructive he can be whether by ignorance or malice. "

"The left is the politic current that cares more about the society, the population, health, education, it's well being. "

"The decline of the US has been brought by the American right. "

"Heck your fearmongering arguments mirrors what was said back when Hitler came into power. It's ok, he is not serious, he won't do it"

what people like you never understand is that the threat is coming from where you do not expect, which is actually why hitler was so popular

Hence why I stipulated I don't know much about American law or news. - Just giving my own perspective on things.
And good to know.

I find that Fox News dedicates more time to opposing views than MSNBC and CNN. While Fox News certainly panders to the right, I watch a few programs knowing I'll get views from multiple sides and they give time to left wingers. Primarily I just watch Tucker Carlson (conservative host) and Kennedy (libertarian host). Two hosts who have been critical of Trump.

I don't put Fox in the same category as CNN, but I also don't think people should just consume Fox News all day. 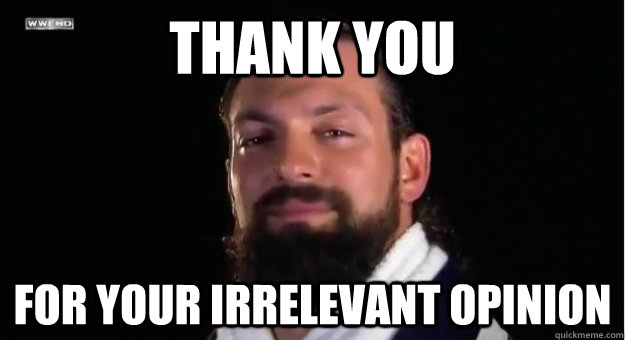 I don't know why you even try. You know i will ignore you. We have been done for a long time now buddy.

He banned her because she asked a question regarding Michael Dean Cohen's conversation recordings between himself and Trump. He felt that the question was rude. lmao

edit: on a side note, refusing to answer a question in itself is an answer.

The CNN reporter was also representing FOX, ABC, NBC, and I believe CBS. So by banning her, they all missed out on this press event.

To be fair. It's not like Trump hasn't been downright rude before either. :P
He deserves everything he gets, he ain't innocent. Haha

but that doesn't mean i can't still point out where you are wrong though...

Why respond while claiming to ignore him?

This just looks like you cant give a decent answer.