It's about more than just simply "being mean to people", I'm pretty sure calling someone of color an ape is racist as shit. Oh and BTW, the difference between JG and Roseanne is night and day: James Gunn's Tweets, while tasteless, were made 10 years ago and he apologized for them, whereas Roseanne made hers recently, hurt the network's revenue by causing the writer to leave and having a show named AFTER a devout racist and continued making them even after she was fired.

So THAT'S why Gunn was rehired and Roseanne is still jobless after her inappropriate Tweets.

Oh, and funny how the people moaning "muh freeze peach" at Roseanne getting fired for being a racist shitbird call for NFL players to be fired for expressing theirs in the form of kneeling to protest police brutality.

" I'm pretty sure calling someone of color an ape is racist as shit."

and if you think that's enough then you should probably give yourself lashes for every time you've used someone's appearance to insult them... you probably wouldn't have any skin left if you were being honest with yourself

there also the fact that she stated her intent was not racist and its fairly disrespectful of you to imply that she's a liar with no justification, which, is a little ironic given what we are discussing

"James Gunn's Tweets, while tasteless, were made 10 years ago and he apologized for them"

"whereas Roseanne made hers recently"

"hurt the network's revenue by causing the writer to leave"

gunn hurt the revenue of his employers by turning off people who now think he wants to fuck kids or is that not relevant? you do understand that people were upset at gunn too right? or does that not matter because you like his work?

"named AFTER a devout racist"

i know a racist named john carter, does that mean that the makers of the movie john carter are racist? and that the name john carter should forever be banished from peoples' mouths? are you having a laugh mate?

"t and continued making them even after she was fired. "

can you give an example? you mean calling this woman a bug eyed bitch? 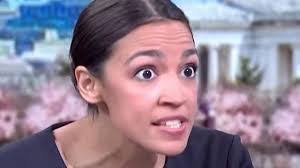 ... personally i wouldn't call her a bitch, but to deny that her eyes are prominent is kind of ridiculous

"Oh, and funny how the people moaning "muh freeze peach" at Roseanne getting fired for being a racist shitbird call for NFL players to be fired for expressing theirs in the form of kneeling to protest police brutality. "

they were all the same people? i know that i personally didn't comment on the nfl players

can you give me a short list of names as examples?

You may as well stop.  He's just going to try to say that's not racist because he lacks connotation and understanding of racial history in the US which you'll be tempted to try to educate him on but he's had that education many times already.

i'm a black man... its funny that you are trying to tell a black man about how he should perceive racism

"he lacks connotation and understanding of racial history in the US"

even though my family experienced slavery generations back? what about your family? what are you? aren't you a white man?

as a black person i understand that the way to help black people is not to constantly orient their thinking to have them perceive themselves as helpless victims because all that breeds is nihilism and hopelessness, what black people need is to understand that despite the challenges of the past we live in perhaps the best era of mankind in terms of wellbeing

that does not mean that we do not point out racial problems, but someone insulting someone else over their appearance?( which is what this clearly was only a deeply naive person imo could think this was anything beyond that)

what a wholly disheartening thread...

The fact that some of you genuinely can't tell the difference between actual racism and bad jokes about rape/pedophilia shows that some people will do anything to bolster their own confirmation bias.

how are you making the differentiation between what is a joke and what is racism/pedophilia/rape etc etc etc?

so break it down for me

ok, care to elaborate on why?

I've seen others break it down for you in this thread so I'm quite certain that you're prepared to dismiss any claim I make without actually refuting my points. That said, I'll give you a few quick points.

1 - Proximity and frequency: Gunn made a bunch of jokes a long, long time ago. They were bad, but he grew up after that fact and has spent the better part of a decade as an upright, kind, caring, sentimental guy. By changing his behaviour, moving on, evolving, and refining his personality, he proved through his actions that the jokes he made were jokes. Roseanne Said terrible things, got called out on it, made those 'jokes' again, got called out on it again, then continued making even MORE of the same terrible decisions AFTER publically announcing her 'allegience' to a group known to actually believe the terrible, racist things she did.

2 - Intent: Gunn's tweets were absurd in their over-the-top nature. By being so outlandish and sickening they almost go full circle and are funny again (You know, like all those 'dead baby' jokes I'm sure you and your group of friends made back in high school). They're so over-the-top that there's no way anyone could take them seriously. Roseanne, on the other hand, likened a dark skinned woman to a monkey (which is a VERY REAL insult used by white supremacists to devalue the lives of non-whites), as well as making jokes about putting jews in the oven, a VERY REAL thing that happened in one of the worst times in human history. Offensive jokes can be funny, but her jokes were less 'clever/witty' and more 'meanspirited.'

3 - Skill or Tact: Linked with the top two points, Gunn's jokes were actually funny. Terrible, for sure, but the fact that his actions spoke louder than words and he proved himself to be an actual good person allows us to look back on those tweets and chuckle. Nobody's gonna come to their defense given the nature of them, but the use of absurdism and actually, you know, having a punchline, gives them some comedic value. Not a lot, but some. Roseanne's are, again, just mean spirited and shitty. there's no clever wordplay, no setup and punchline, no depth or nuance, just 'hey, see how this black person resembles a monkey?' and 'look at how callous I am about gassing the jews!' If her statements were jokes (and I do believe she may feel this way), they're not funny, they're just offensive with no value beyond that. It'd be like if someone went to the theater to see Academy award winning film 'Moonlight' and calling it 'the nigger faggot movie'. THAT IS NOT OKAY. If you're going to say something offensive, a good rule is that it has to be counterbalanced by at least as much humour, nuance, and depth. It has to be at least as good as it is bad, preferably more.

4 - History: This one's a bit more complicated. James Gunn, up to that point in his career, was known for shock humour. he literally made a career out of saying and doing outlandish things so this was in character but everyone knew it was just an act. Again, reaching back to the previous point about intent. George Carlin is another good example of a comedian who took great pleasure in saying things that, in a vaccuum, are horribly offensive but in the context of his stage persona were actually quite subtly nuanced and provocative. Context matters a lot. However, Roseanne's entire personality was never that of a person who made racist jokes. She was crude, sure, but the things she said were never in line with the persona she had cultivated and, again, mix that with the reality that she made it clear that she supports trump and other folks like him (Switching from a democrat to a republican) while making 'jokes' lauding the most terrible things the modern right has been doing lately and...yeah, it paints a wholly different picture.

The issue here is that it seems you want to take just what the two people said and scrutinize it under a vaccuum. By taking only the base details to heart (they both said terrible things, both assured us they were jokes) and ignoring everything else around them such as their history, their actions as a contrast to the words, the quality of the 'jokes' and the nuances of offensive humour...well, they're so very clearly on opposite sides of the spectrum.

So I return to the original statement: the fact that some people don't understand this stuff is actually quite disheartening to me.

None of this is deep philosophy but instead the sort of thing I thought everyone innately understood. things are never as simple as black and white, as cut and dry as can be. There are shades of gray and blurred lines and context and the bigger picture to factor in when handling tricky situations like this. Literally nothing in this world exists in a vaccuum, which is the exact same philosophy we need to consider when discussing such strangely controversial issues such as Trans rights or Gay rights or Black Lives Matter or Women's rights. In an ideal world, in a vaccuum, it's terrible that there are gay pride parades or black history month or affirmative action....but we don't live in a perfect world. you don't get to just pretend that slavery didn't exist or that the wage gap isn't real or that gays were and still are under intense scrutiny. The reality is that all of these things happened or are happening, they do pain the world in a certain light, and there's a reason why minorities get special days and acknowledgements when the majority doesn't.

There's no 'white-straight-male' days or occasions because white straight males have been in so much power for so long it would be disrespectful.

I got off on a tangent a bit there but the over-arching theme is pretty consistent. Nothing happens in a vaccuum, it's foolish to only look at the surface level of a discussion to prove your points or to contrast the opposition. It's so common of a fallacy there's a well-known term for it: The Strawman Fallacy. By reducing and simplifying the opposition to re-brand it in a way not originally intended, it's easy to devalue the stance of another.

By completely reframing (or eliminating the frame that is the reality of the situation) of James gunn's tweets, you're trying to assert a false equivalency to Roseanne's 'jokes'. You're subscribing to a few too many logical fallacies to be taken seriously (And yes, I've seen some of your other posts in this forum, I'm responding to a few of your more recent ones.)

I went off on far too long of a tangent and for that I apolgize - especially since I know, based on reading your previous posts, that 90% of this is too nuanced for you to accept or understand or consider. That's fine, I just hope at the very least you read it all. If not, feel free to wallow in the reality that your stance is wrong and the fact that Gunn is rehired and Roseanne isn't is proof enough. I might not be some superior moral authority here, but at the very least now you'll understand WHY Disney made their choice on James Gunn. I can't claim to be the final say on what is and isn't ethical, but I've explained fairly thoroughly here WHY Gunn's and Roseanne's situations are NOT the same, no matter how much you want to conflate them.