Remember when everyone was saying Manchester United was gonna be in the title race with Chelsea and City (and not Liverpool) because of their new signings?

heh, I remember some people actually saying they were favourites

I wish CR7 made a wiser decision. He has a lot to give, but not with a team that’s been mismanaged for almost a decade. Well done, Klopp. Salah leaving Chelsea to Rome is a good success story built on patience. Also a good story of how Murinho sucks lol

Ronaldo lost his temper. Lucky he didn't get a red for that. Although having to remain on the pitch could be seen as more of a punishment than being sent off.

Yeah, he got away with it because he hit the ball, but it could've been red anyway.

I feel like Sunday was a result long overdue. There's been a large gulf in class between the two clubs for a long time now but it's never been reflected in our matches against them, especially at Old Trafford where we always found it hard - which is strange because United loses at home a lot. It was great to see it finally go down like this, even better for the wait to end now that they have Ronaldo and were talking of a title challenge not long ago.

Between them and Watford, I'm not sure which was tougher. (edit: Preston was.)

It looked promising. Sancho wasn't at his best last season, so that was already a warning, but with a form like he had in the 2019-20 season, he can do wonders, while Varane was never Madrid's best guy on defense, but he was reliable (most of the time). Only Cristiano is delivering, but he's 36, he just can't do miracles like he used to anymore.

I was sincerely expecting better from Man U, though, I was almost sure they could've slowed down Liverpool and expand the gap between Chelsea and them to at least 3 points. But I'm sure they can recover, and they probably will, but now they're 8 points behind, there's no turning back from that. 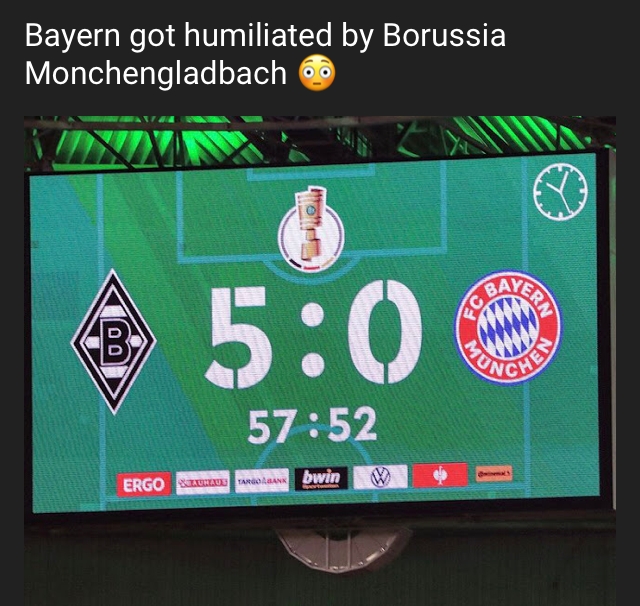 Everyone getting 5-0'd this week.

Love to see it!

I actually quite like Bayern. It's just their complete dominance of Germany football gets so boring that it's great to see them lose sometimes.

Seems like someone is regretting their choices and wishes hard he played for a different team...