You would have to actually show me what your ancestry is and then give examples if you are going to use history to state your claim.  Can I assume you believe there is no racism or has ever been any racism in America.  I wonder if you were as poor as you say you were because having the option to just turn away any job when you need to feed your family is not an option a lot of people have the luxury to make.  If Jackie Robinson decided he didn't want to play baseball because of the extreme racial issues he had to go through in order to play who knows when black people would have had the opportunity to enter the sports.  This is where your perspective is different because you were not born a minority in America.  You have this ideal that you can just not care while a minority thinks, I must make them care or how can we ever move forward.  While you have this ideal you can ignore that job because everyone is racist, the minority believes I take this job and prove to them how they think and believe about me and my people are incorrect.  You go about your day never thinking that you need to shatter those racial thoughts, prejudices or stereotypes so that your children may have a better life then yourself.  You think about just your own personal experience while the minority thinks about the future of his people.  This is the difference in thought process and why you do not understand the sacrifices others have made for their race to smash against barriers where you can easily dismiss.

Being poor is a condition you can always change, but you can never change your skin color or your racial background.  If someone hates you for being poor, well if you stop being poor, then they would no longer hate you.  If someone hates you for being a different race, then no matter what your social status, they will always hate you because you are not of their race.  When someone hates you for your race they go out of their way to make sure you never accomplished anything.  The fact that you cannot see the difference makes me believe you just do not have enough life experience to understand the issue.

Roseanne did not sue because she had no grounds.  Its not a matter whether or not she would have gotten away with it because her legal counsel would have told her if she had a case or not.  She had no grounds because she was held to those standards whatever they are concerning her social media accounts.  As far as Samantha Bee, I do not see the correlation since she is not part of ABC. How Turner network discipline one of their celebrities does not equal another.  We are talking about how ABC viewed and disciplined Roseanne and from their perspective, what she said crossed a line and they took immediate action.  Stop trying to put this on the media and put it on the network.  Each network just like any business handles their HR issues differently.  You would need to find another case just like Roseanne where ABC did not discipline the celebrity the same for an apple to apple comparisons.

A more recent taste, dealing with the Nazi's in Europe. How they were treated based on the known basics was the same no matter who dealt with them, but the details are not something I'm going to share here. Racism surely exists, in basically every form, and everyone is "racist" all the time, it's just some things have been normalized over time and people haven't decided to fight against them, or political parties haven't had the need to use it yet as a vote grab. The fact you mentioned that you believe I do not have enough life experience is you being racist against my age or 'life ethic'. You've decided no matter what I'm either too young, or to "lazy" to be correct. If I was older and spent more time "doing stuff" I would apparently be worthy of being taken seriously. Turn away jobs? I never said anything close to that. I said I was turned away for minorities numerous times. Ever thought their thinking process is wrong? Any rational person knows that trying to lift everyone all at once is a massive and time consuming task. The smarter thing to do would be to prop up those who are gifted and when they make it to the top, make sure they pay that back to their group. Problem with that is because people are individuals, they tend to get to the top and forget about where they came from and how they got to where they are. They put that money in the bank or useless items instead of doing everything to help their people.

What if you like being poor and the lifestyle that comes with it, or if your IQ is way to low, or your physical health isn't strong so your poor, but you don't like being put down constantly because of it? Isn't that a form of racism? I do not believe people hate minorities for their actual DNA. What they hate is something to do with that "races" actions. Whether it's hating their tastes or their work ethic or their lifestyle, etc. There are so many things about people and their groups that other people can hate, it's endless. I'd bet there are more billionaire "racists" than their are DNA racists, yet you rarely hear about that other than in conspiracies, and the reason for that is no doubt because the media see being elite, rich, and greedy as an ok thing, even if those elites were once minorities who aren't doing everything they can to help their group with their riches. It also doesn't help when the underdog story gets thrown around by the media, of a minority who made it to greatness even though they were given nothing and held back at every step along the way. You can't blame people for hearing those stories and thinking to themselves, well why isn't everyone else following in those footsteps? Maybe there is much more to it than just racial oppression?

What if Roseanne's legal counsel told her she had a case but her agent's counsel told her that it would be career suicide to proceed? Not every decision is based solely on the law. What do you mean it has nothing to do with ABC? Are you trying to say that if every single other public figure who wasn't affiliated with ABC did what Roseanne did, and their employers turned a blind eye, that not only would it be ok, but you would be fine with it? 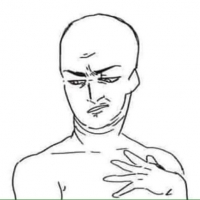 The african american that she compared with an ape looked like the ape from the old planet of the apes movie.
I agree that she has been rude but i do not agree on the racist part.

Edit: i do think the old movie didnt do extremely well with makeup,then again the directors of the movie are not to blame for some hysterics that use the word racist very fast and loosely.

They only partly transformed the faces into apes so all the actors involved still look like the apes of that movie and vice versa.

Last edited by Immersiveunreality - on 10 June 2018

So they're continuing the show without Roseanne? Not sure how successful that venture will be, though I do like most of the supporting characters, so we'll see...

Locking as the subject seems to have worn itself out. If there are new developments on the topic, a new thread can be made.