Great list! To be fair, once it got down to the top 10 it was hard to vote. They are all such good consoles. By the end of this gen, PS4 might even be ranked a little higher with Soul Calibur VI, Valkyria Chronicles 4, and Shenmue III yet to be released.

No. I refuse to compromise on that. The PS4 in terms of what it has is objectively better for gaming. All the NES has going for it is the legacy of reversing the game crash.

You would think different if you had one at the time. Nes was a blast to play with friends.

A NES was in my life since before I could remember. I burned untold amounts of daylight on the SNES all the way through the 1990's. Both consoles pale in comparison to what consoles are a capable of now. Yes, some games managed to be timeless, like Super Mario World and Link to the Past. But pretty much everything else is just eh by today's standards.

In other words, I prefer to not actively view the world through nostalgia goggles.

The NES was solid state with no loading or installs. Checkmate.

If you like PS4 games the best, that is fine.  Everyone has different tastes.  However, I don't think you understand that a person can still like the NES library because there are a lot of things about NES games that are objectively better than PS4 games.  Modern games are not better.  They are just different.  Some people like PS4 games better, and some like NES games better.  I don't think anyone disputes that PS4 games have far better graphics, and PS4 has a far better processor and online capability which means it can make games that the NES never could.  On the other hand here are some things that NES does better than PS4, and other things are a matter of taste.  Here are some reasons why a person might prefer NES games to PS4:


1. 2D gameplay - On the NES, the best games were 2D games.  Super Mario 3 is arguably the best 2D platformer ever made.  If a person likes 2D platformer, then the NES is the console to have.

2. Challenge - Most modern games are a lot easier than NES games.  A person wanting some more difficulty would choose NES over PS4.

3.  More intense action - Old games were designed with old TVs which had zero lag.  A lot of modern TVs have a little lag after each button press.  That means modern games have to be designed differently and this tends to make the action less intense since modern games are less demanding on reflexes.

4.  Instant load times  -  Just put the game in and press power and you can play immediately.  My PS4 takes a lot longer to turn on and I also have to do an install the first time I play it.

5.  Self contained - I don't have to worry about patches and updates for an NES game.  It's always good to go.

6. Simple controls - When a person is "in the zone" they aren't thinking about which button to press.  They just press it.  This is a lot easier to accomplish on a controller with 2 buttons and a d-pad.  On the other hand it's very common to break immersion when there are 10 buttons and 3 directional inputs.

8. Short play times - Sometimes you just want to play for a few minutes and then do something else.  The NES you can just pick up and play and put down easily a few minutes later.

9. More variety/originality - Makers of NES games were willing to take more risks, because the budgets were smaller.  This is why so many classic franchises were created on the NES.  By comparison, the PS4 library has very little that looks different from what came before.


The NES has a lot of features that are objectively better than the PS4.  It's also true that the PS4 is objectively better in other ways.  In the end it comes down to taste.  There is nothing wrong with liking the PS4 best, but there are a lot of other reasons why people might like another console better.  There is more going on here than just nostalgia. 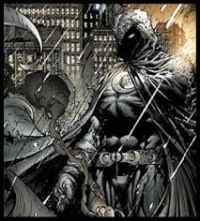 Agreed. It also gave birth to some long lasting series, and those mario titles are still fun.

Well, my computer died on me the other day and I had to get it replaced. I wonder if I could have helped keep the SNES in this.

I just never really understood the massive appeal of the PS2. It's not that I don't like the PS2 or anything, and I understand that it had a massive and varied library, but it just didn't have much that interested me. Gaming in general at the time was going through a period where most games didn't have much appeal to me. I already had a hard time really "getting" the shift to 3D for the most part, with Nintendo and Rare being responsible for like 95% of the games I liked from the previous generation, and I felt like gaming in general during those first two 3D generations was going through some adolescent growing pains (for lack of a better simile) which I felt it didn't fully get over until last generation. But with Nintendo going through a weird experimental phase with their GameCube output and Rare getting bought out by MS and ceasing to put out content of the same caliber they made during their many years with Nintendo, that left precious few games that really clicked with me in the 6th generation, especially on non-Nintendo systems. Even acclaimed and popular games like Metal Gear Solid and Grand Theft Auto failed to generate any enjoyment for me, with Halo CE being far and away my game of the generation.

Basically, I had a PS2 mainly for the same reason I had a PS1: Final Fantasy. There were a handful of other PS2 games that interested me enough to buy, most notably Shadow of the Colossus and Gradius V, but I simply don't have the fond memories of the system that so many others do. Meanwhile, the NES and SNES were responsible for at least 14 of my top 25 games ever, with only five games (Halo CE, Sonic 2, BioShock, Soul Calibur, and Halo: Reach) in my top 25 being titles that weren't a Nintendo exclusive at the time of their release. The only games in my Top 50 that were PS1 or PS2 first-party titles or were Sony exclusives on those systems when they came out were Final Fantasy VII, Gradius V, and SotC.