I never said that Switch would vanish overnight. Obviously it won't. I was just saying that the technical challenges of developing for Switch (proven by those recent delays) and the currently low demand for 3rd party games on Switch compared to PS4/XB1 could impact the publishers' interest for the system. It's just my analysis, I may be wrong.

I do refrain to write in many threads in which I would end up being incorrect.

As said above, I'm just trying to analyze the situation here, since those successive delays look significant. It's clear that everything is not going as planned between Switch and some 3rd parties. And outside of indies, there are very few examples of Switch version doing better than PS4 version. Xenoverse 2 (in Japan only) is the only one that comes to mind. What would I consider the exception over the general trend? 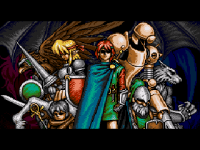 I just wonder if it's the switchs ability to go into sleep mode that's causing the delay. Seems like that would really mess up invasions(or cause other problems, i mean its the one thing the ps3 and xbox versions didn't have, other than handheld mode). Though I guess the same could be said about losing wifi on the go. (Don't know if anyone brought this up yet, been too busy with classes to lurk a lot nowadays.)

I just noticed you seem to disappear whenever something does better or someone points to you this is doing better, and easily pipe up to point out the fault when something does worse, like for example you are not as critical of PS4 version of Attack on Titans 2 as you are the Switch version, when it has been getting similar sales after a few weeks. In fact if PS4/PSV title under performs you act concerned, but if switch title under performs or has issues you go critical, spelling doom (which is exactly what VGP is saying).

Which is why I am calling you out, and said you would stop this bias when you joined discord and I did at the time genuinely believed that. I just slowly seeing you revert back to the same bias as you always had (dating back to when 3DS absolutely destroyed Vita).

This is my general observation of you in the past year. Also I didn't write "does better than PS4 version", I wrote just "does better"; as in does good, or does well, you know the various reports last year from various publishers saying they were surprised this game was doing well. Something that even extremely pro-Sony company like NIS has been stating.

I honestly don’t think Switch sales will suffer a great deal. It does suck, but I think very few people are going to change plans from buying the Switch version to get a PC or PS4 version a few months earlier. I’m guessing there’s few people on the fence of platform for this one due to the range of advantages and disadvantages.

It
would be different if the XBone version was coming out later - but in the end, if portability is more important, they’ll wait for Switch. On the flip side, it’s unlikely a multi platform owner where portability wasn’t of benefit were going to buy the Switch version anyway.