If you're going to deny the hybrid status of the Switch, then the only remaining route is "handheld with a TV dock". So which is it? Dockable handheld, or a hybrid?

Switch is successful for a lot of reasons, not just that it's a hybrid. It also launched with one of the highest rated games of all time and had a full-fledged 3D Mario title in the first 7 months. As a portable, many (not all, but many) households are getting multiple units, as it is difficult to share portables.

Did I mention Zelda? I mentioned Zelda.

And Vita failed because Sony didn't back it or handle it properly at all. It should have launched at $200, with an unlocked 3G model for $250. And Sony should have released an updated model with R2/R3/L2/L3 (and older models could make use of legacy touch controls). Oh, and fucking games. 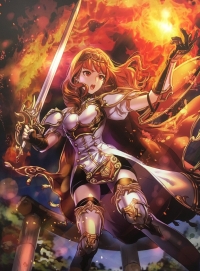 I really couldn't tell you! He didn't really say why he was getting an X1, but I never thought him the type. If it were me, I'd go PS4 all the way. I'm definitely going to ask him more about it! This gen if someone isn't really interested in MS few exclusives it would make more sense to buy PS4... unless he is talking about X1X, them I would understand he picking it if he doesn't care about Sony exclusives.