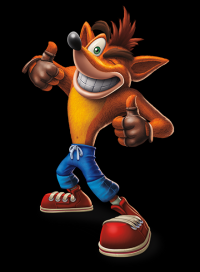 For the same money you can get a xbone x without games or a ps4 pro with a bunch of great exclusives. Very hard decision...

I cannot see apart from hardcore xbox fans anyone getting excited about X honestly. Anyways time will tell if 500$ mid gen console was success or not. Hope somehow we get numbers. Even if it sells half of the original I will be really really surprised.

In UK racing games are popular.

lol I always bring up this example, but it reminds me of when Disney would re-release one of their recent blockbuster classics the same weekend that some other animation studio's film would hit theaters. A bit dirty, but effective.

Again I think you guys are interpreting a little too much from my comments. It had nothing to do with claiming the PS4 has "tons of exclusives", especially because it didn't have a lot of standout ones till this year. I've been very critical about the PS4 exclusive library.  All I did was joke and then Flashfire talked about exclusive numbers. Which, yes, if we're saying Xbox One has a lot of exclusives you can't play on other consoles - than the appropriate metric to compare it to is it's competing console. And in that perspective it doesn't.

Of course third parties take up the majority of the market. But that's not the argument. The argument had nothing to do with anything but x and y comparisons, not legitimacy, relevancy, or standhold within the industry.

That being said PC has the most exclusives anyways. And a lot of the time the best third party versions.

And I agree that what the X is trying to do is what you explained, and I think it's doing great especially for the price . I didn't think that this would spiral into a "thing",  an actual debate, lol

We do love Disney classics. And we do love PS4 and its exclusives.

If you want to call a prerequisite of a 4K TV and an Xbox 1 X, free, go right ahead. MS aren't charging for these updates as it wouldn't fly. They are giving people more incentives to go out and purchase their new console. They need as many incentives as possible at the price point they're asking.

It's amusing, but it'd be funnier if the bundle was better. If the X1X does well enough maybe we'll see some follow up bundles over the next few months.

What games would you take out and/or add?

I'm referring more to the value. As barkley noted earlier in the thread, if you shop around you're saving £24. It's not nothing, but you save more with just the standard Pro + [current new release bundle title]. Even if you're lazy like me and would just buy everything on Amazon it's still only £33 cheaper and that also includes FIFA18.

On a personal level i'd replace GTS with something like R&C. Would make it an even lower value bundle for everyone else, but i really dislike driving sims :p