In less than 2 days, ResetEra has about 2% of the posts VGC has, with 158k posts 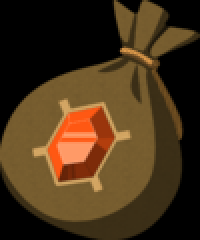 NPD gets 95% of its data from retailers with the remaining 5% estimated with their proprietary algorithm. Just because both VGC and NPD extrapolate, the nature of the extrapolation is not identical nor is it even close to being identical. In addition, we have to take into account that VGC frequently makes adjustments to its numbers whereas NPD does not. This last point is what makes NPD and VGC extremely different from each other. The former's data are robust enough that the numbers do not have to be changed down the line. The latter's data are inaccurate that the site has to change its numbers often so that they are not horribly off from data from NPD, GFK, press release numbers, and Media Create.

NPD is using more empirical data, which VGChartz just plain doesn't have access to. The difference is damn near science vs. magic. Did we ever get an official formula on how Chartz gets their numbers, or is it still pretty much an old woman using tea leaves? You don't ever see NPD having to go back and adjust figures based on VGChartz numbers, no? One of these sources is more reliable than the other.

Back when NPD used to release some of their numbers there were a few instances where they were proven to be way off from official numbers.  NPD numbers looked real bad as the adjustments for the following quarters tried to "correct" their problem instead of going back and fix the quaters that were way off...  So, yes, vgchartz is more reliable when looking at historical data as it has been corrected instead of adjusting data of the quaters after to cover up their mistakes of previously published data.

No way. This site isn't very transparent about how they get their numbers and barely update the current ones they have. You don't have such an issue with NPD which runs like clockwork, and now has access to digital revenue provided by publishers. I don't see anyone doing that for Chartz anytime soon... or ever. NPD is direct access mostly, while Chartz will always be the outside man. Literally no different from us. Are any of the software numbers ever close to right? If the site directive is to go back and change figures when they get hard data if NPD or publishers choose to share them, then maybe it's not wise to quote the site. I'm fine with Chartz acting as a tracker, but I'm not bringing up the numbers as gospel anywhere, ever.

Loving the fallout. Karma is a bitch.

My description would indeed mean that one of those sources would be reliable than the other. That doesn't make the two processes different processes. They are the same process with different resources. Have you ever been told NPD's official formula?

I would be curious to see a source for this 95% claim.