"We sold out at Amazon I think in twenty-five minutes. We expected our total inventory to last about a week and it sold out in less than a day, so… We don’t share the amount of inventory, but the Project Scorpio Edition was for those core fans, the people that used to line up in front of the stores.

We knew they would be digitally pre-ordering that and we wanted to make a special edition just for them. It’s nice to see the response. In particular, in Germany the fans ordered at an accelerated rate, maybe the fastest in the world, so it was great to see the support from our fans here."

Its nice to hear that the X is doing way better than MS expected. 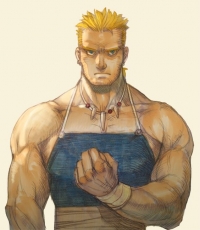 Not exactly amazing. It's a limited edition version of a console that was already for enthusiasts ... like yeah ... of course it's going to sell out? I wish they would have given us numbers, honestly not giving us numbers is more of a sign than anything. Still, it is cool to see the console sell well. Honestly Xbox has been hitting it out of the park with the different editions they have, Xbox One Slim is one of the best slim models of all time and the white is super sexy, the new Minecraft edition while expensive looks very nice and thought out ... and the simple idea of keeping a projects codename is very attractive to me.

Need numbers but as always, being ahead of projections is always good

Without hard numbers this statement is completely meaningless. I mean what if they only made 50K scorpio editions?

XB1 X managed to sell more in just about an hour on Amazon (25 minutes according to Aaron) than PS4 Pro has sold in nearly 8 months. That's right, XB1 X is now ahead of PS4 Pro on Amazon's yearly charts, #66 vs #90. Imagine how much more it might have sold if MS hadn't underestimated demand?

It's a limited edition!

The usual PR talk as expected. Plus I've read countless times that people pre-ordered one but aren't even sure if they will buy it.

This or the other way this doesn't tell anything yet.

DANG! I enjoy my PS4 Pro. I also preordered a Xbox1X but had to do it through BestBuy though. I signed up for an email alert when preorders became live. never got sent a notification, went to Amazon and it was already sold out.  So I preordered through Bestbuy and got one. Bestbuy just took the full amount out of my account today so Im guessing it went through.

This is true, but the Pro was also out of stock until late April or May, I can't remember which, and preorders always do very well on Amazon. Last year the Pro was at the no. 45 yearly ranking when it launched in November, and sold about 250k. It ended up at no.46 for the year, and did around 500k. The Battlefield Xbox One S is about 15 places down the rankings from it, and likely sold a hell of a lot more in retail in general. Amazon is the easiest place to preorder, and preorder rankings tend to be much higher because of it.

I fully expect the X to have a bigger debut than Pro, MS has hyped it to the moon for 14 months, but people are going a bit crazy at the moment, heh, especially on GAF. I don't have a GAF account, but I would like Welfare to know that, yes, Amazon likely is a bad place to calculate Pro numbers, as the system was out of stock at the beginning of the year, and didn't come back in stock until the slow sales months, when the bulk of ps4 sales were driven by price cuts and the days of play summer deal, so it's very difficult to figure out just how many X's the company might have sold.

Looking at past Xbox 1 LE consoles i think they produced at least 93k in the US.

I'm getting the Sunset Overdrive bundle vibe here, during the 2014 holiday season when MS cut $50 off Xbox One's the white Sunset edition sold out really fast. Had MS made more of those they would have gotten between 100K or 200K more units sold. MS better make more of these Scorpio editions.

Amazon is a bad calculation for Pro numbers? Hope a certain someone sees this.