In terms of memorable games released for both, there's not much between the N64 and PS1.

And I say that as someone who's top games of all time include Suikoden 2, Metal Gear Solid, Final Fantasy IX and Final Fantasy VII.

The PSX controller introduced the extended handle-type grips, which have been employed in almost every controller since.

I'll take back my statement about the 360 contoller looking like the XB controller.  It clearly does not.   I guess the real similarity that I'm remembering is the feel - the way a controller sits in your hands.  The current style of Nintendo Pro controllers, DS4, and XB1 controllers have all evolved from that PSX controller.

That XB controller is way uglier than I remember it.....

The only consoles in the history of gaming to ever come close to what the PS1 offered would be the PS2 and SNES. The PS1 introduced the concept of Artistic Expression in games. A magnificent blend of storytelling and technology that featured experiences that I still chase to this day.

The PS1 is the third most important console in History. with the NES (2) and PS2 (1) ahead of it.

Ill give the N64 the edge in multiplayer. The hours lost to Goldeneye, Mario Kart, Perfect Dark and Smash Bros still brings a smile to my face. And there was a time I thought DK64 was the greatest game of all time.

If VGC was so Nintendo-dominated, N64 would be winning the poll by a mile. Instead the two are very close, just as the ratio of Playstation and Nintendo fans on VGC is very close.

Actually, the X360 controller did look like the 2nd original Xbox controller. 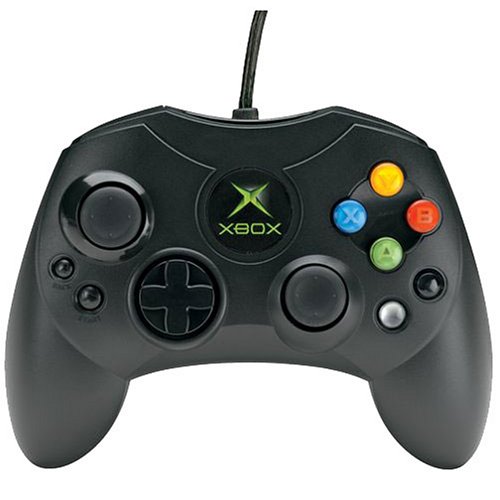 I don't know about the history of rumble/vibration. But the N64 wasn't the first console with 4 controller ports. And it didn't introduce modern Analog Sticks either, that would be the XE-1AP, a third party controller by Dempa Micomsoft. Nintendo helped advancing and mainstreaming the technology, and Sony further expanded on it by adding a 2nd stick which would become the standard of the industry.

Dempa was the first to modernize joysticks into analog stick... and also the first to use shoulder buttons and grip handles in a controller.

Except the Prime Minister came out in support of SSM. The government funded media ABC and SBS lean heavily left. Does Murdoch even have any free-to-air channels?

And did you know that 51% of journos lean left vs 13% of them who lean right? https://m.sunshinecoastdaily.com.au/news/so-who-skews-news-bias-australian-media-revealed/1875830/

Councils are getting rid of Australia Day. Christmas carols are banned in Victoria. All outcomes of left-leaning people in power.

And you're talking about One Nation? They only have 4 seats in Senate vs 9 for the Greens + 1 in the house of representatives.

The Church does it have any power left? The % of Christians is decreasing every day and pastors are becoming increasingly liberal.

This is really a discussion for another thread, as we have drifted far from N64 vs PS1.

Ultimately, the numbers speak for themselves; if the left ran the country we wouldn't the right-leaning LNP in power, and if VGC was dominated by Nintendo fans, this poll wouldn't be neck and neck.