Yes we had... the results are domain of the government (and by the end for the people) so it isn't owned by that particular worker, so it isn't his business speaking about it without authorization

Yes, it is useless. But we certainly need to compare this to censorship because Trump was the one doing it right?

Exactly and as Scoobes said, they can use fake accounts to leak information.

It just our everyday media trying to tarnish the already bad image of Trump.

Information isn't being witheld from public nor are government forging the studies they want out. It's just the obvious control of information that basically all government do, but some people want even more government.

FOIA only applies if you're making a request, it doesn't give government agency employees the right to openly communicate with the public about internal affairs ... (And even then they can arbitrarily refuse the request under some vaguely worded exemptions)

Again no guarantee that you will have access to these records ...

Just because an agency is publicly funded doesn't mean the citizens have a mandate on it's information ...

You ever hear of something called "sulfur dioxide"? It's an atmospheric aerosol that, in addition to causing acid rain, has a cooling effect. Prior to the passage of clean air acts in the Western world (the leading producers of SO2 emissions), SO2 emissions were growing at a fast rate. That increase had the effect of negating much of the warming that increasing CO2 levels would have had during the period between 1945 and 1980. We've made some progress cleaning up the atmosphere of SO2 emissions, but CO2 concentrations keep growing unabated, and with SO2 emissions having declined from 1970s levels we've seen warming resume.

It amazes me how often non-scientists will take issue with something in science and speak of it as if the relevant scientific experts simply forgot about certain variables. Climatologists are very familiar with the effects of CO2, SO2, water vapor, solar irradiance, etc., etc., etc. They don't need armchair experts to remind them of anything. They know their field of study quite well enough, and nearly all of them have reached the same conclusion: the world is warming and humans are the primary cause.

And as for 2016 breaking a record, it's not cherry-picking to point that out because it's been part of a trend towards warmer temperatures. 2017 will likely be cooler as we passed an El Nino, but over the longer term global average temperatures will continue to climb. 1998 smashed records, but that year's record-setting temperature, also fueled by a super-powerful El Nino, became the new norm in the 00s. In the past decade we've seen La Nina years beat out 1998's El Nino. In fact, before 2014, 2015, and 2016 all set consecutive warmest-year records, 2010 was the previous record holder, and that was the year of a strong La Nina. Unless there's a record-setting year-over-year drop this year, 2017 will likely still end up taking the #3 spot for warmest years on record, and that's without an El Nino. What we've seen over the past 3 years could and probably will become the new normal just as 1998's freakish warmth became the new normal.

And the other side is doing this: 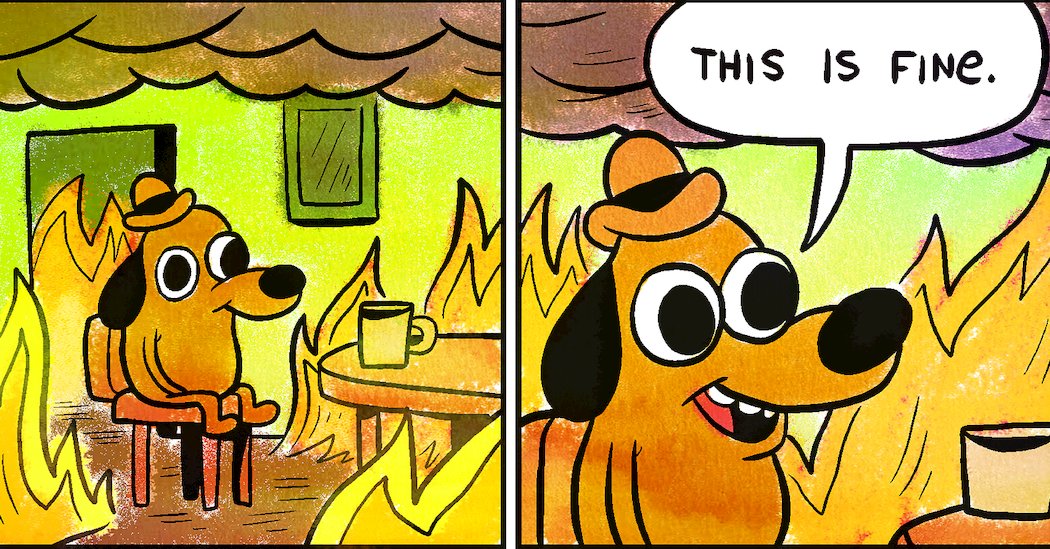 "Just give him a chance" they said...

"Couldn't be worse than what we had before" they said...