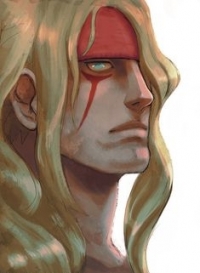 That's the problem. I don't see Switch selling like hot cakes to the casuals. They need that western third party support desperately, and I don't see them convincing third party by selling the same exclusives over and over to the same hardcore fans that don't support third party software. They're at a stalemate but I believe they could have changed that by releasing at least decent competitive hardware.

Nah i will bookmark this thread and we will see next year and prove either right or wrong LOL .

I didnt see your predictions which is the reason I spend the time to read most of that. I wonder if I skipped it.

Would read it again.

As far as we know Nintendo has confirmed that Switch is their home console.

This means its direct competition with PS4 and Xbox One. They haven't revealed their handheld system plans yet. I'm not expecting handheld announcements until next holiday season after they see that Switch is struggling.

This.  And I say it because I belong to that group.

And I would add to that that the power of IPs like Pokemon, Zelda, Mario Kart, Marios, etc should be enough to attract a good chunk of the 3DS crowd.

In the end is too early to give a prediction, but just for the heck of it I'm gonna go ahead and say 25m as worst case scenario - 80m as best case scenario.

But I have a question for the OP:  What was your initial prediction for the Wii U when it was revealed?

Most Nintendo handhelds don't get that "western third party support" and neither did the Wii, and they sold well, yeah the Wii got casuals, but that doesn't excuse their handhelds.

Maybe. I believe I've never made predictions on how a console will sell and I am not going to start here. I will however, as a fan of previous gen Nintendo consoles, give my perspective on the Switch in general and thoughts on each of your points.

I will not buy the Switch in its current presented iteration.  It seems to be trying to be both a home console and a handheld and in my view is failing at both.  The cost as a handheld is just as outragous as the 3DS's original launch price was.  Not to mention the attrocious battery life.  It seems like it would be an absolute nightmare to try and use the Switch as a normal handheld.  As a home console the price is a bit better, but I still have to consider how much better would the Switch be if the costs associated with screen I would _never_ use and the convertable joy-cons which I would _never_ use if they were instead put into the power of the console itself.  Ultimately it is the games that matter and thus far the crux of it is that the launch has only one _potential_ game that appeals to me, Zelda, and given the past iterations of that game I am not hopeful.  Maybe year two will generate some games I would like, perhaps a much needed price drop, and/or a new SKU that is more appealing.

Given Nintendo's past performance however, I would rather a $199 home console or a $149 handheld and Nintendo going back to their roots in traditional console and handheld gaming.  Not that I think Nintendo will ever do that.  Leading to me probably not buying from Nintendo.

One thing I have to mention is that the Switch is not backwards compatable.  Something I know many people here have argued about (backward compatability in general for all console, not necessarily the Switch itself).  I find it interesting that Nintendo is going back to ditching BC and I think it will hinder sales, though I won't predict by how much.  I know I would be more inclined to buy the switch if I knew I could play physical Wii U games on the Switch, though given the form factor I certainly understand why this can't really ever be the case.  Thus as it stands, buying a Wii U currently takes precedent to buying a Switch given that there are obviously more games on the Wii U that are worthy of my purchase _now_ than there will be for at least the first 6 months of the Switch.

1. I am not interested specifically in Nintendo. I am interested in games. When it comes to Nintendo Games since the N64 era to now, on the console side, and since the DS era to now, on the handheld side, Nintendo has failed to make games I find enjoyable. Series that should be no brainers, like Zelda and Metroid, have ended up completely losing me.

Does that amount to lost mindshare? I'm not so sure. If I were a parent having to decide which console to get my child, maybe things would be different. But for me, buying for myself, every new gen is a new slate from previous failed gens. Nintendo created a console with the right games I wouldn't hesitate to buy it. Right now, given what I know of the Switch at this point. I have no intention of buying the Switch.

2. As a fan of retro Nintendo, I don't like the Switch.

3. I don't trust any company. I take companies products at face value. If the console is good and the games are good I buy. I don't generally buy consoles based on 'future' games without being able to buy current games I know I will enjoy.

4. The lack of certain third party games does mean there are _less_ reasons for me to buy a Switch, but the reality is I don't really enjoy 99% of the games out there. So if the Switch had enough stellar 1st party games that I enjoy, at least 3, I would buy it given the right price.  If it had even more exclusive must have games I might even buy one at it's launch price.

5. It does seem pretty weak. I am still unconvinced Zelda:BotW is something I will enjoy. Zelda has been a complete failure for me since N64 era and Zelda is the only game that has any interest from me in the launch lineup.

If by some miracle Zelda:BotW did end up being a good game for me I would definitely buy it for the Switch if I got the Switch rather than the Wii U. I like to get the best version of a game, I always end up with buyers remorse when I get inferior versions.

6. I don't necessarily care about Nintendo showing more or less of their own games. I do care that they show enough games for the first 6-9 months of the consoles life. Hype, and I'm not talking about false hype of a single particular games 'greatness', for a consoles games is an important aspect of getting people to buy the console. It definitely seems like there won't be enough games to keep my interest in the Switch if I bought it within the first year. This most likely means I will definitely not be buying one in the first year.

I will say though that of those top ten games on either console, I only care about Zelda.

8. 3DS was an absolute failure at launch. Nintendo had to make some major moves to properly position it for people to start buying it. Wii U also a failure, though Nintendo, against more robust competition, has never been able to get much traction with it.

Regardless, nothing is wrong with me. I think Nintendo is making some of the same mistakes that caused the 3DS and the Wii U to fail and they are even making new mistakes. They could of course, after a launch failure, maybe make the right decisions, like they did with the 3DS, to salvage the thing, or make the wrong decisions, like they did with the Wii U, and stubbornly stick to their head in the sand, causing the Switch to flounder.

9. Nintendo's addressable market is the entire console gaming market. Just as it is with Sony and Microsoft. It is up to them to create a product that appeals to that market. So far they are not addressing my wants and thus I am not inclined to buy their new product.

10. It is a concern. I believe people like to believe they have made a smart purchase, and part of that involves how much value they get out of price. For me the Switch does not seem like a good value for the $299 price tag.

Still what really matters is the games. So far the Switch doesn't have enough, but if it did the price would matter quite a bit less.

Fantastic post Rol, probably one of the best Switch threads yet. I was actually thinking about making one of these within the next couple of days. I think I still might but it offers a different tone and perspective to it. I'll make it a bit more tonged and cheek because I have reason to believe that a lot of people shouldn't count Nintendo out yet.


Bravo for this post. The VGChartz world deeply needed it.

A lot to read so tagging