I was going to post this in the "This place is getting deserted" thread but I decided here was more appropriate so I have a query on behalf of someone else, this user below who was banned for this post. I missed the reasoning since they are unbanned but I was wondering, just why? This site was built on console wars and this user decided to create and account and post, was given no leniency or a warning and most likely will never post here again. Are the mods actively trying to keep the site from seeing any boom come the generation swap?

I see nothing wrong with this post in fact, it's quite accurate but aside from that, if you ban for memes on new users with no regard to giving a warning you're just killing any chance this forum has to see new users take the place of the old users, let alone see a boom with people who have buyers anxiety when the 9th gen arrives. The numbers are gone, this is all that is left. Just why?

Ya know, I honestly see both sides of this argument (though this site was not built on the basis of console wars

). For JWein, I see why he would feel a need to take action, given it was a brand new account and its only post is an example of mild trolling (we are harsher on newer accounts).

On the other? I get why it would frustrate people to see what could be perceived as mild trolling via a meme receive such harsh punishment. Though you have no idea of the user will ever post here again, it is a fair assumption to make.

So, let's tackle it another way. What makes the post accurate? Was it fair to take that shot at Halo? Why? Would such a post have caused any further issues in that thread had it been left as it was? I'm open to hearing your feedback (though in the future, PM the mod in question first).

Seems pretty unreasonable to me to "both sides" this. There was clear and transparent intent with the "mild meme" to rile up the XBOX fanbase, and I'm willing to bet that would be better explained and understood from someone coming from the XBOX community.

If both sides had the same weight, he wouldn't have been moderated (or received a lighter moderation). As the moderation still stands, it is obvious what the bottom line is. I simply see both sides of an argument that could be made (nothing unreasonable about suggesting a warning before acting on someone who's never seen a moderation, but in certain circumstances, like a new account [and one that takes things to this level on their first post], we are less forgiving).

As for "riling up a fanbase", any camp here could explain why a post like that would bother them and it is, again, why nothing has been reversed. So, it isn't exclusive to XBOX nor its fans.

Whoops, I meant to take out the moderator comment, I didn't mean to call anyone out singularly and I'm using this as an example cause it's an issue I see time and time again where a user makes an account and gets hammered off the site with, I'm sure a sense of spite not to return.

Indeed, I have no idea if they will post again but it would be great to see some cultivation for new users instead of straight to the time outs and I don't presume to know what goes on behind the scenes and because of that I'll not give the suggestions on how this could be fixed yet is it too much to ask for some patience among the mods for new users, I really wanna see this site come back to life as it's easily one of my favourite sites on the net.

If it broke a rule of bait or flaming, sure whatever but straight to a ban is something large sites with huge userbases can afford, not one that is in decline and is loosing it's most loyal posters in protest regularly. Maybe it is a meme that would cause trouble but is that trouble worth loosing a new user who may go on to bring the site years of content?

Actually since you're open to hearing my suggestions, how about a three strike rule for fresh users with warning then move to a very short ban and increase from there and also have a notification to a user on the log in screen where it just says you've been banned cause they may not be able to find their way back to their account and assume they are actually banned and not just suspended for a time and maybe this would explain why they don't come back once their ban time is up. Perhaps it's time to call bans, suspensions and replace use the word ban for permabans alone? And how about a complete good faith rule for posters in the under the 50 post count who are in that kind of trial phase and assume the best even when it seems the worst. Just spit ballin.

All I'm saying is it takes investment to get into a site and when users are banned without that investment ya can't blame them for turning their backs.

But as a head moderator, you are lending credibility to a "both sides" argument. It was another mod who made the moderation, and you followed up by calling the post mild. Intentionally or not, this influences user behavior and even moderator behavior. Had you been the one who made the ban and followed up with discussion, then I could understand where you are coming from. 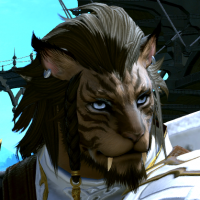 That investment is a two-way street. If your "investment" into a forum as a new user is spreading (in this case fictitious) FUD and cheap trolling from the get-go, how can you expect to be embraced in the community. That's the purpose of moderations anyway, if there was any doubt about the conduct expected of your behavior, then the ban/moderation is an obvious indicator that the behavior isn't wanted or acceptable. Take a second to familiarize yourself with the rules and move on.

Reasonable suggestions. That said, in my eyes, a post like that one goes a bit beyond strikes because it is a first post, designed to bait, and is likely to derail a thread from its outset. Sure, a seasoned user would most likely have seen a lesser moderation, but that also is because they've had time to prove themselves. The idea of first impressions goes both ways. Granted, we may come off as "mean" to someone new in a case like this, but that someone also comes off as "mean" for instantly causing trouble like that on their very first post. Goose/gander (if you follow me).