Forums - Gaming Discussion - Would you rather #2- PS4 Pro/Slim, Xbox One S, or Switch?

Out of the following, which would you buy?

I like turn based JRPGs, and the next best thing for me are games made by Nintendo. With that said, as of yet PS4 doesn't have a single exclusive that would make me want to buy one (already played Valkyria Chronicles on my PS3 and I'm planning to do the same with Persona 5) and Xbox One apparently will never have one. That leaves only the Nintendo Switch, but judging by what I saw in the trailer I'd rather stick with my 3DS.

If PS4 gets new games like Suikoden, Lunar, Grandia, Valkyria Chronicles, Valkyrie Profile, Wild Arms and Breath of Fire I'll be on board.
If Nintendo manages to make me believe that they didn't made just a tablet and the thing gets in the first two years new entries of Pikmin, Fire Emblem, Advance Wars, Golden Sun, Mother, atruel Paper Mario and a good Star Fox game then maybe I can see myself buying one. 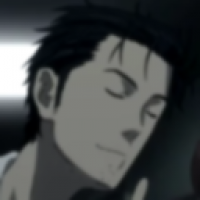 Seeing how ps3/wiiu/midrange pc is going for me currently, the switch seems like a no brainer

Have to go with PS4 + Switch. Gotta get those sweet good exclusives that surface every few years.