What game would you want Sega to announce for Sonic?

There's nothing about this showing that tells me Sonic fortunes are going to change. Sega still milking the hog.

So I'm guessing since they were able to put NX on the Project 2017 trailer, then Sonic Mania won't be coming to NX?

I respectfully disagree. This stream has showed me that Sonic is heading in the right direction now.They're offering options for each of the 3 Sonic fanbases now, 2D, 3D, and Boom (yes, Boom does have a fanbase, primaly made up of younbger kids who like the tv show).

Sonic Mania is being handled by dev teams that already have experience with classic Sonic from when they ported the classic Sonic game to mobile. They heard the complaints about Sonic 4's engine having poor physics, so they found developers who already updated the old 2D Sonic engine to current gen standards.

Sonic Team 2017 game is nearly 5 years in the making now, 6 years by the time it releases next Holiday, a longer dev time than any previous Sonic game.

Sega has acknowledged that they've rushed too many Sonic games in the past, and have said they will no longer be doing that (and they've lived up to that statement so far, delaying Fire and Ice a whole year and giving this new game 6 years of development).

I didn't watch the thing live, but damn, was it really this awful?

I watched the whole thing.

Other than the Sonic Boom VA Q&A, the long buzzing noises and the audio crapping out completely - it was enjoyable.

Better than E3 imo as far as non-gaming references/discussions go. 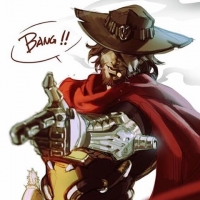 Mania developers probably don't have a NX dev kit, only reason that I can think of for it not getting a NX port.

Sorry guys been away for some time, but to update thread; it seems Sonic has some big plans for the future. Whether you agree with the direction doesn't matter as this appeals to the core Sonic audience. Sega has targeted this audience moving forward and I am delighted this is their choice.

Who could argue with that line up? Sonic getting attention and love over many gaming sites, nice to see the blue blur get spotlight once again! Yeah - overall balanced on all sectors that Sonic can take advantage of (comics still ongoing so no point in announcing that ;p).