Is this going to give the Xbox One a noticeable boost? I wonder! I sure love my Xbox One, hope lots of Japanese gamers jump ship and get one! <3

Everything is struggling over there right now. This will be no different.

I cant think of a flippant and sly dig comment that hasnt already been used.

Bring the software or die.

Well with PS4 pulling 12k a week in Japan and likely to go down more before settling, its safe to say Japan isn't that big on home consoles like they used to be. If MS gets seriosu and buys a couple prominent japanese studios, then it would make sense to have a presense in the country. 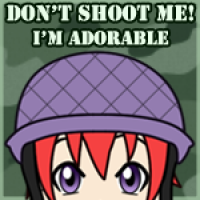 I noticed one of the companies names is Cute, best game company name ever lol