That will bring us back to Q4, which will see the next COD and Assassin's Creed.  Plus, there are plenty of Sony studios that we have no idea what they are working on, or their release dates.  Some of which will most likely be llate 2014 or early 2015.  I also didn't even mention all the indie games releasing on PSN that will draw in people, as well.

As you can see, there isn't going to be a game drought for the PS4 any time soon, if ever.  And those games are appealing to a varied audience, so demand should lower, but still remain above the Xbox One and Wii U for quite some time.

Nothing on the list, or even the whole list together, rivals what's already released on it in appeal terms. I don't see any new demand being added to the console in the next year. I think there's a flat amount of demand to satisfy and then the console will drop to be in line with ~2007 PS3 sales.

wow at the above. Talk about down playing a great lineup. 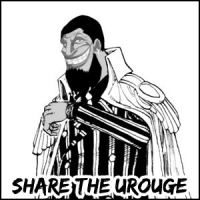 Some serious down playing.

Wow, you're trying WAY too hard.  But, if it helps you to sleep by downplaying PS4s demand and lineup, go right ahead.  The numbers will just slap you in the face harder when they are released.  Oh, and I meant FIFA 15.

The lineup is the best ever for a launch console. The following year's lineup won't do anything for it compared to that.

Yes I think next year's PS4 numbers will be quite low.

Damn Soleron it's not a great lineup but you tore it a new one, but I also kind of agree with you.

Hmm, I kinda agree with those downplaying the line up. I already have rayman legends, will get Watch_Dogs on PC probably and Ground Zeroes for my PS3. That's just my opinion though, an awful lot of people seem to be happy to buy a PS4 just to play the same games they can on current gen with better graphics.

I'm not trolling, it really seems that way looking at the best selling software on PS4 so far.

Weak argument is weak. It did 100k FW in Japan and yet, it sold almost 90k just last week. Holiday sales always boost tremendously the sales of Nintendo products. Just look at the wiiU, it was selling an average of 2-3k in Japan, now it's selling 100k+.

Now obviously, you might be right that it's overtracked. But that doesn't mean your argument is correct either. You and Seece are just pointing out stuff without any proof whatsoever.

The Order is not confirmed for 2014 so I wouldn't put that on the list.