Forums - Gaming Discussion - Am I the only one not getting GTA V...ever?

nope im not getting it either. 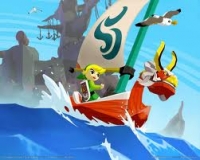 LOL. The first GTA title I experienced was Vice City Stories way back in 4th grade. I enjoyed it as a kid, but lets be honest, what kid doesn't like a game that they aren't supposed to be playing. So, back in fourth grade I beat vice city stories, and then got liberty city stories, which I also beat.That very christmas I got GTA IV and when my mom finally found out about how vulgar the games were, she took them away, but I played it after she went to sleep and early in the morning. I did beat it over the course of two months.I aquired the trilogy collection from a friend for $20, and again played it when my Mom wasn't around. I never did finish GTA III and never will.

In the upcoming years I was given a green light to play the games again, and at first, I really enjoyed them at first mainly for nostalgia, but as I played through them, I noticed the same pattern for each game. I felt like I was playing the same game but with a new setting.

However, I forced myself to play through them because I really wanted to see why I liked them as a kid. And yes, that is a bit masochistic. I didn't even know the franchise was popular until last year when I discovered San Andreas was the best selling PS2 game.

I hope this clears things up a bit.