I'm actually having some issues with my XB1 as well, so this might be a widespread issue with the latest preview program update. I'm sure it'll be fixed soon, probably with the next preview update, and they release a few updates each week sometimes, so it won't be long.

I know that, but they have to say that to be safe, normally it still doesn't make much sense that a console will be broken forever because of some beta program you are in to test some updates before they are made available for everyone.

Just read some stuff on the internet, many had issues with their controllers while playing FH2 but it's hard to find much about "the sync button of my console doesn't work". Would be interesting to know if it's the button of the console which has no function at all or if it works but he doesn't recognize it because his controllers don't connect to the console.

If he has Kinect he can try to connect the controllers with Kinect. If that does also not work I would think it's the controllers firmware and not the XBO itself which doesn't work with whatever beta program is on the console right now. 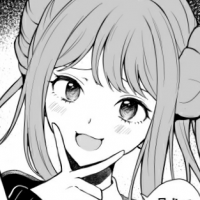 could very well be, if he has another controller that isn't updated, or if he can borrow a mates controller he could narrow it down to the issue.

"The dollar amount for the sale is in the billions"

I want to believe, but that just makes zero sense.

And then they cite their source as once telling them MS would eventually release an Xbox One without a Kinect.

I am sorry, but my dead cat could have told them that it was so obvious.

It would be awesome though lol

The franchise isn't worth even 50 Million IMO, so unless that deal includes MGS,Castlevania and the Fox Engine than that figure is pure BS.

I hope that this Rumor is true just to see the Meltdowns and Rage.

Yeah I don't believe it.

But if it is true, I am not going to even check the mod task queue that day lol

The billions could be yen

Back on point, I do think it's most probably fake.

I didn't think of that...sigh. Don't make me believe this is possible, please. I'll just be crushed.