Maybe the real horror in Calisto is dealing with the performance of the game.

I'll see myself out. *waves*

In that Callisto benchmark, Vega and the RX 580 are positioned relative to Turing exactly as their averages were four years ago, if not slightly better. It's the 1080 Ti that's missing some performance, but not much.

I'd argue that's slightly subpar driver support for Pascal instead of a lack of features hampering it.

Also, the game looks fairly good in Lowest compared to Ultra+RT much like APT:Requiem. Am I the only one thinking it's insane to go for 144 fps here instead of, ahem, the cinematic experience?

Strange, I was able to play Tekken 8 at 60 FPS few weeks ago, wonder if a Windows update fucked something up lol.

Not that it is much of an issue since my PC can technically play games at 4K as well.

It's certainly something unusual.

Dwarf Fortress hit its 2-month sales estimate in under 24 hours
https://www.pcgamer.com/dwarf-fortress-hit-its-2-month-sales-estimate-in-under-24-hours/
Dwarf Fortress hit Steam yesterday, but you probably know that already. In fact, there's a decent chance you own it. Kitfox Games, who published DF's "premium" Steam version, enlisted the aid of an economist before yesterday's release to try to predict how many copies the game would end up selling after its ASCII version spent 16 years as a free download on Bay 12's website. The prediction was respectable: About 160,000 copies sold in two months.
Dwarf Fortress hit that in under 24 hours.

And surprise! The next free game will launch in less than 7 hours (from the moment this was posted). So far it's a mystery.

GOG has a new Special Sale: the Best games of the year 2022 (and previous years) Sale, with up to 80% discounts from now until December 12th. As you'll see from the link, it has nothing to do with The Game Awards...: https://www.gog.com/en/promo/2022_tga.

The Humble Store has a new 48 hours Flash Sale: UNO, that will be 65% off during 31 hours. The key is for UPlay: https://www.humblebundle.com/store/uno.

Fanatical has a new Star Deal and two new bundles:

Epic Games is introducing a new child-friendly account type to make online play safer
https://www.pcgamer.com/epic-games-is-introducing-a-new-child-friendly-account-type-to-make-online-play-safer/
Epic is introducing a new child-friendly account type to make it safer for young children to engage with online games like Fortnite, Fall Guys and Rocket League.
Cabined accounts automatically apply to Epic accounts owned by players under the age of 13, "or their country's age of digital consent, whichever is higher." It'll disable features like voice and free text chat, buying games or add-ons, downloading games that aren't owned by Epic, custom display names, and linking the Epic account to places like Facebook and Twitch. Some of these features can be reactivated through the provided parent or guardian's email, with kids able to ask for permission for them to be enabled.

Half-Life 2 VR received a new patch, adding visible hands for all weapons
https://www.dsogaming.com/patches/half-life-2-vr-received-a-new-patch-adding-visible-hands-for-all-weapons/
Now here is something that passed under my radar. Earlier last month, the Source VR Mod Team released a new update for Half-Life 2 VR that adds visible hands for all weapons.
Going into more details, these hand poses work for both right-handed and left-handed players. Furthermore, most weapons feature at least basic reload animations. The team also promises to further improve these poses via future updates.
>> There's a video showing the hands and the reloading animations.

Dead Space Original vs Remake Early Graphics Comparison
https://www.dsogaming.com/videotrailer-news/dead-space-original-vs-remake-early-graphics-comparison/
IGN has shared a comparison video between the original and the upcoming remake of Dead Space. This early graphics comparison will give you a glimpse at the graphical improvements and enhancements that this remake brings to the table.

New official gameplay trailer released for the Dark Souls-inspired game, Bleak Faith: Forsaken
https://www.dsogaming.com/videotrailer-news/new-official-gameplay-trailer-released-for-the-dark-souls-inspired-game-bleak-faith-forsaken/
Archangel Studios has released a brand new official gameplay trailer for its upcoming Dark Souls-inspired game, Bleak Faith: Forsaken. Although this trailer does not represent the quality of the final product, it can give you a glimpse at its visuals and gameplay mechanics.

Vigilancer 2099 will be now using Unreal Engine 5, gets new gameplay trailer
https://www.dsogaming.com/news/vigilancer-2099-will-be-now-using-unreal-engine-5-gets-new-gameplay-trailer/
Remember Vigilancer 2099? No? Well, shame on you. Vigilancer 2099 is a third-person bounty hunting game that is heavily inspired by Human Head Studios’ canceled PREY 2 game. And today, Envoidant Studios released a brand new Unreal Engine 5 trailer for it.

This new strategy base building game has a twist: cure the zombie hordes instead of killing them
https://www.pcgamer.com/this-new-strategy-base-building-game-has-a-twist-cure-the-zombie-hordes-instead-of-killing-them/
True story: Before we got married I made my wife agree that if a zombie apocalypse ever breaks out and I'm bitten and I turn into a zombie, she's not allowed to kill me. There will be no moment when she (tearfully, I would hope) aims a shotgun or rifle at my head and blows my brains out. Instead I insisted she trap me, lock me in a closet, shackle me to a pipe, dig a pit and trick me into falling into it—anything she could do to neutralize me as a threat besides killing me.
(Don't worry, I didn't make it a part of our wedding vows or anything. I'm not a weirdo! I just made her promise. Solemnly. On multiple occasions.)
My reasoning is that there might someday be a cure for zombieism, and wouldn't she feel bad if she splattered my brains all over the wall only to find out a day later that a quick jab from the doctor would have set me right?
So I'm pleased to see a post-apocalyptic base building game in a world full of flesh-eating zombies where the goal is to cure the zombies instead of killing them. In Zombie Cure Lab, which was released on Steam Early Access today, scientists have found a cure for the zombie plague. It's a bit more complex than just a simple injection, so you'll have to construct a sturdy base to protect your eggheads, gather resources, and set up jobs and shifts among your scientists. With your base and workers in place, research new technology, upgrade your equipment, and set up automated defenses and a zombie cure production line.

Destiny 2 game director responds to complaints about player burnout
https://www.pcgamer.com/destiny-2-game-director-responds-to-complaints-about-player-burnout/
When my colleague and fellow Destiny 2 veteran Phil Savage wrote about burnout earlier this week, I almost nodded my head clean off. Phil pointed out that the Destiny 2 community tends to be at its most irascible during the final season of each year, when the sameyness of the grind really bites. But he also noted that this time around people really do seem to be over the current model, which tends to lack big secrets and surprises, and that the problem is likely to get worse before it gets better.
(...)
As much as I still love the game, and let the record state I really do, it's clear from the recent rough player numbers that many are voting with their mouse fingers and staying away. Enter stage left, Joe Blackburn, Destiny 2 game director, who took to Twitter this afternoon to deliver a thread of five messages that can be summarised as: We've heard, we don't disagree, we're working on changes, but they're going to take a while before you feel them.

Retro shooter Ultrakill now has official sex toy support
https://www.pcgamer.com/retro-shooter-ultrakill-now-has-official-sex-toy-support/
Retro FPS Ultrakill, which came out in early access a couple years ago, now has a feature I can safely say I've never seen in another shooter. Its developer released an "official mod" today which adds support for open source software that can be used to control the vibration of Xbox controllers and other devices. As its name makes obvious, the software, called buttplug.io, is mainly intended for use with those other vibrating devices.
>> I'm speechless.

Ubisoft's Steam return continues with the surprise appearance of Immortals Fenyx Rising
https://www.pcgamer.com/ubisofts-steam-return-continues-with-the-surprise-appearance-of-immortals-fenyx-rising/
Couldn't stay away, huh? A mere two days after Assassin's Creed Valhalla marked Ubisoft's official return to Steam, a listing for Immortals Fenyx Rising has appeared on the store. The game will be available in two configurations (the same ones you can get on Epic and Ubisoft Connect): Standard or Gold, which comes with three narrative DLCs, a bonus quest, and some assorted cosmetic doodads.
>> This one doesn't list the use of Denuvo, unlike AC Valhalla.

Gabe Newell says Steam doesn't need a Call of Duty guarantee from Microsoft 'because we trust their intentions'
https://www.pcgamer.com/gabe-newell-says-steam-doesnt-need-a-call-of-duty-guarantee-from-microsoft-because-we-trust-their-intentions/
(...)
"We’re happy that Microsoft wants to continue using Steam to reach customers with Call of Duty when their Activision acquisition closes," said Newell in a statement provided to Kotaku. "Microsoft has been on Steam for a long time and we take it as a signal that they are happy with gamers' reception to that and the work we are doing. Our job is to keep building valuable features for not only Microsoft but all Steam customers and partners."

Well if you look at the relative performance when the 5600XT launched, you can see that during that time, both Vega 64 and 5600XT were actually ahead of the 2060. Vega in general had a lot of driver issues with it's driver which made it under perform not to mention AMD was pretty horrid with DX11 titles. As we moved onto more and more DX12 titles and AMD fixed their drivers, Vega and AMD's arch as a whole benefited hence why you see them increasing their position in relative performance during the 5600XT launch vs their own launches. 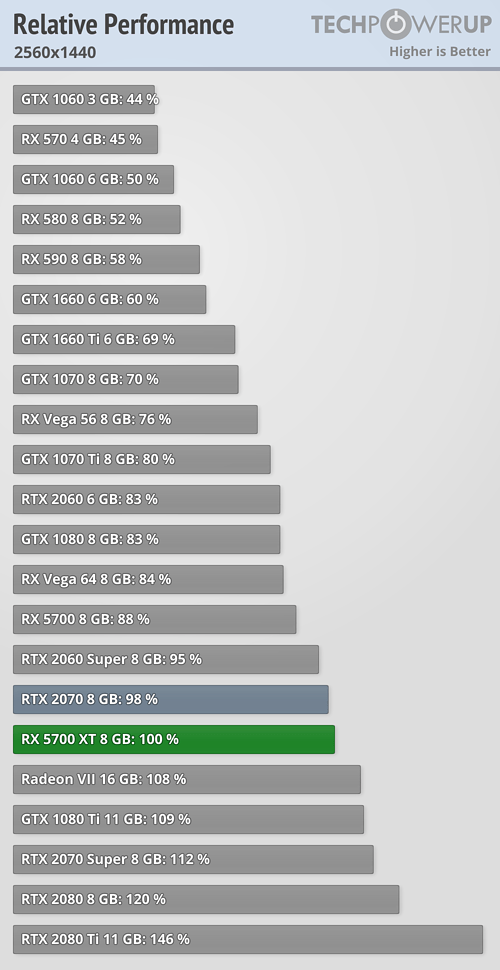 Hopefully it's not true that 4070 Ti will only get a $50 price cut as that would be pretty terrible. This is what happens when a company has 88% market share. 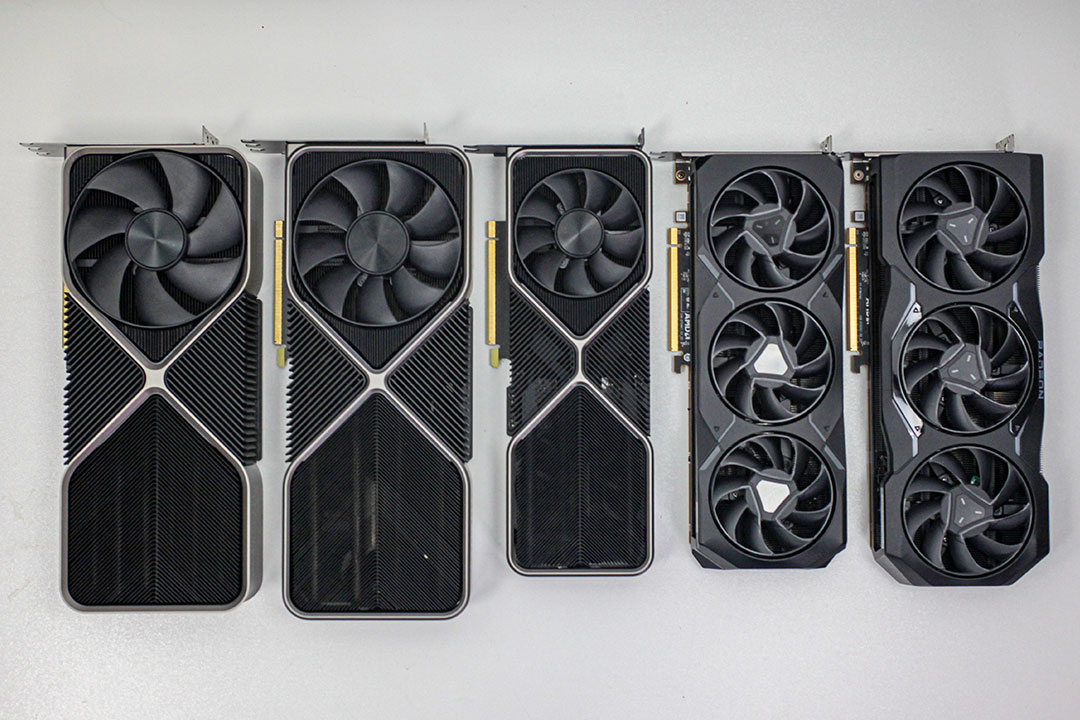 According to the comment section, the AIB pricing costs $1299 in the US for 7900XTX. Idk how legit that is though but remember that AIB prices for 6000 series were also a lot more than the reference MSRP. But if it's true, there are 4080 AIB prices that are also at $1299 which would certainly make people get a double take on buying a 7900XTX unless the performance ends up being a lot more. Cause if it ends up being say 10% faster than 4080 while having 40% slower in RT, well... $1299 is a lot of money for compromises. Especially when the 4090 is just a bit more...

The problem may be the strict power consumption limit, resulting in serious frequency division in DX12. 😩😩😩

As for the price of the 7900XTX's custom cards, I agree that they're unusually high, but there isn't much we can do about it, right? They can say that they sell less AMD cards and, therefore, the R&D costs of the new coolers has a bigger impact on the pricing than on Nvidia products.

Btw, I hadn't noticed that the 7900XT was smaller and thinner than the bigger XTX model.

That's just for one game that favors Nvidia vs. the average. If this was MW2 we'd be arguing the opposite.

I was just pointing out that Pascal is more likely being kneecapped by drivers instead of arch since the same isn't happening for older AMD archs, adjusting for the fact that AMD is worse in TCP across the board. If anything, GCN looks slightly better than the average vs. RDNA in TCP.

Just like 10 nm six years ago, it's looking like the new "Intel 4" CPUs are a distant dream at this point... maybe the US government should just nationalize Intel's foundries at this point, since it's clear that their R&D isn't cutting the biscuit.