I only just made it to the Dragon Isles, and even then I got DC'd like 15 times over lmao. Blizzard are gonna act like they didn't see this coming for the 10th time in a row.

I know for sure that they bled more subs during BFA/SL, so there is no way DF got pre-Pandaria levels of people logging in all at once, I'm guessing they are once again scrimping their servers and not paying out for more, because they marketed the shit outta this new expac, they should have expected us to actually play it.

GOG has a couple of new sales:

Surprise! Steam has a new range of weeklong deals that will last until December 5th. They aren't too many, so I'll leave it to you to expleore them all.

The Humble Store has another 48 hours deal (there'll be another before the Black Friday Cyber Monday Sale ends in 3 days): the Elite Dangerous: Odyssey DLC will be 55% off during 26 hours: https://www.humblebundle.com/store/elite-dangerous-odyssey.

And Fanatical has a new Star Deal: Medieval Dynasty, 37% off during 24 hours: https://www.fanatical.com/en/game/medieval-dynasty.

The Witcher 2 Enhanced Edition gets a 10GB must-have collection mod
https://www.dsogaming.com/mods/the-witcher-2-enhanced-edition-gets-a-10gb-must-have-collection-mod/
NexusMods’ ‘recklessrider’ has shared a collection of graphics/gameplay mods for The Witcher 2 Enhanced Edition, aiming to overhaul it. This collection is a must-have for all those that want to replay the second part of the Witcher trilogy.
Going into more details, this collection features AI-upscaled textures, upscaled videos, better imported items and better textures for environments. Furthermore, it enables auto-looting, enhances the game’s camera, and packs a number of QoL improvements for Geralt.

Minecraft looks incredible in 8K with this Realistic Physics Mod
https://www.dsogaming.com/videotrailer-news/minecraft-looks-incredible-in-8k-with-this-realistic-physics-mod/
Digital Dreams has shared a video, showcasing Minecraft running in 8K on an NVIDIA GeForce RTX4090 with an amazing realistic physics mod.
The Minecraft Physics Mod Pro features a lot of cool physics effects. For instance, it has snow terrain deformation, smoke physics, liquid physics and wind/cloth physics. Players can also destroy blocks and interact with their debris, which is really, really cool.

UNCHARTED: Legacy of Thieves Collection suffers from mouse camera stutters and here is how you can fix them
https://www.dsogaming.com/news/uncharted-legacy-of-thieves-collection-suffers-from-mouse-camera-stutters-and-here-is-how-you-can-fix-them/
A couple of weeks ago, Iron Galaxy released the third PC patch for UNCHARTED: Legacy of Thieves Collection. That patch added support for non-AVX2 CPUs, and packed some mouse improvements. However, it also introduced annoying camera stutters when using the mouse which made the game unplayable. Thankfully, there is an unofficial workaround that PC gamers can use in order to fix them.

First details and screenshots for Starship Troopers: Extermination
https://www.dsogaming.com/news/first-details-and-screenshots-for-starship-troopers-extermination/
Offworld Industries has announced Starship Troopers: Extermination, a new first-person co-op shooter that will drop up to 12 players right into the fight against the Bug menace.
Players will suit up and ship out to a far-off front as a Trooper in the Deep Space Vanguard, an elite Special Forces group within the Mobile Infantry.

Portal RTX will release on December 8th, gets a DLSS 3 comparison video
https://www.dsogaming.com/news/portal-rtx-will-release-on-december-8th-gets-a-dlss-3-comparison-video/
NVIDIA has announced that Portal RTX will release on December 8th. In addition, the green team released a DLSS 3 comparison video, giving us a glimpse at its performance benefits.
Portal with RTX is a free DLC for all Portal owners. Players will experience the critically acclaimed and award-winning Portal reimagined with ray tracing.
>> And the req. specs are quite high (3060 at High settings with DLSS2 for 1080p at "playable" frame rates). Since this comes from Nvidia, there's no mention of AMD hardware.

Warzone 1 is now back online, but it's missing key features and maps
https://www.pcgamer.com/warzone-1-is-now-back-online-but-its-missing-key-features-and-maps/
When Activision launched Call of Duty: Warzone 2 a few weeks back, Warzone 1.0 went temporarily offline while developer Raven Software focused on support for the new game. Raven has its hands busy with flying boats, infinite money glitches, and frequent crashes plaguing Warzone 2, but it has kept its promise: as of today Warzone 1.0 is back online, but it has a new name.

Bohemia Interactive wants people to please stop using Arma 3 to create fake war footage
https://www.pcgamer.com/bohemia-interactive-wants-people-to-please-stop-using-arma-3-to-create-fake-war-footage/
Earlier this year, video clips of the Russian invasion of Ukraine were seen by more than 110,000 people, and shared 25,000 times, before they were taken offline—because they weren't actually clips of the invasion at all. Instead they were gameplay videos taken from Bohemia Interactive's military sim Arma 3. It wasn't the first time this sort of thing has happened, and apparently Bohemia has had enough, because today it issued an explainer aimed at helping people tell the fakes from the real thing.

World of Warcraft: Dragonflight's servers buckle as players race to catch a ride to the new zone
https://www.pcgamer.com/world-of-warcraft-dragonflight-queue-times/
As any MMO player knows, the first challenge of any expansion is the struggle to get into the game. World of Warcraft: Dragonflight's servers are disconnecting players as they race to get into the new Dragon Isles zone. And, strangely enough, the earliest hurdle has been catching the in-game boats to get there—or the zeppelins for Horde players.
Update: Blizzard wrote on Twitter that it's "currently investigating an issue" that's preventing players from being able to log into the game. Still no word about the world server and boat issues though.
Update 2: A few of us at PC Gamer have been able to get in via the portal instead of the zeppelin and boats. Blizzard hasn't made any official comment on the issues yet, and it still looks like a ton of people are unable to get to the new zone.
Update 3: Blizzard confirmed that the authentication server issues it tweeted about earlier are what's preventing people from entering the Dragon Isles. "These issues are actively being worked on by the World of Warcraft team, and we'll share updates once resolved," it wrote.

Cyberpunk: Edgerunners helped push CD Projekt to 'the best third quarter in our entire history'
https://www.pcgamer.com/cyberpunk-edgerunners-helped-push-cd-projekt-to-the-best-third-quarter-in-our-entire-history/
Cyberpunk 2077 was an infamous disaster for CD Projekt, except that it really wasn't. It was a huge sales hit straight out of the gate, moving 13.7 million copies in 2020 (and remember, that covers just small chunk of the year—Cyberpunk 2077 was only released in December 2020), and despite its well-publicized troubles it continued to sell, surpassing 20 million copies sold in September 2022. And in its most recent financial report, CD Projekt revealed that the success of the Edgerunners anime helped drive sales even further, and pushed the studio to a new quarterly financial record.
"In terms of financials, this was the best third quarter in our entire history, with consolidated revenues at zł246 million ($54.3 million), mostly owing to strong sales of Cyberpunk," CD Projekt chief financial officer Piort Nielubowicz said. "The group posted zł99 million ($21.8 million) in net profit."

GTA's original devs thought the game was dead in the water
https://www.pcgamer.com/gtas-original-devs-thought-the-game-was-dead-in-the-water/
Yesterday was the 25th anniversary of Grand Theft Auto 1's release, and it turns out that not everyone was convinced the series had a future ahead of it back in 1997. In fact, GTA was the project voted "most likely not to succeed" by devs at DMA Design (the studio now known as Rockstar North). It now makes half a billion dollars a year from GTA Online alone. I guess hindsight is 20/20.

Report suggests Microsoft soon to offer concessions in Activision deal
https://www.pcgamer.com/report-suggests-microsoft-soon-to-offer-concessions-in-activision-deal/
Remember Phil Spencer telling everyone he'd be open to "a longer term commitment" with Sony over access to Call of Duty? Well, looks like he meant it. Sources tell Reuters that Microsoft is gearing up to offer concessions to EU regulators regarding its acquisition of Activision Blizzard, consisting mainly of a 10-year offer to Sony to keep CoD on PlayStation. 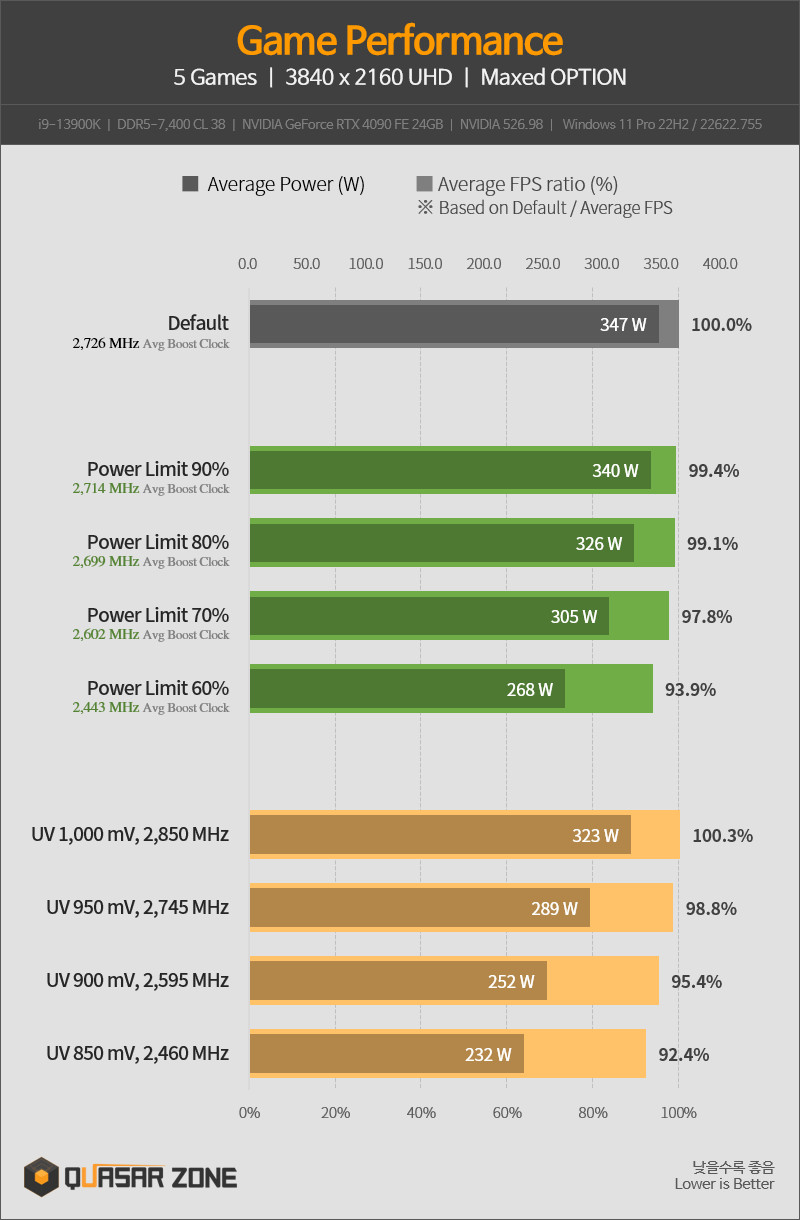 Portal with RTX to be released on December 8th, GeForce RTX 4080 recommended for 4K 60 FPS

With dlss 3 that is. Least it's free.

It's incredible how much do Intel, AMD and Nvidia push their products away from their sweet spot in terms of efficiency just for a relatively small increase in performance. As those test show, Nvidia could have easily toned down the card a bit and still offer a huge leap in performance while being a marvel of efficiency.

It's no wonder overclocking the newer CPUs and GPUs is almost pointless.

Looks like Intel/AMD had a small loss while Nvidia had a small profit. Meanwhile TSMC is eating everyones lunch. 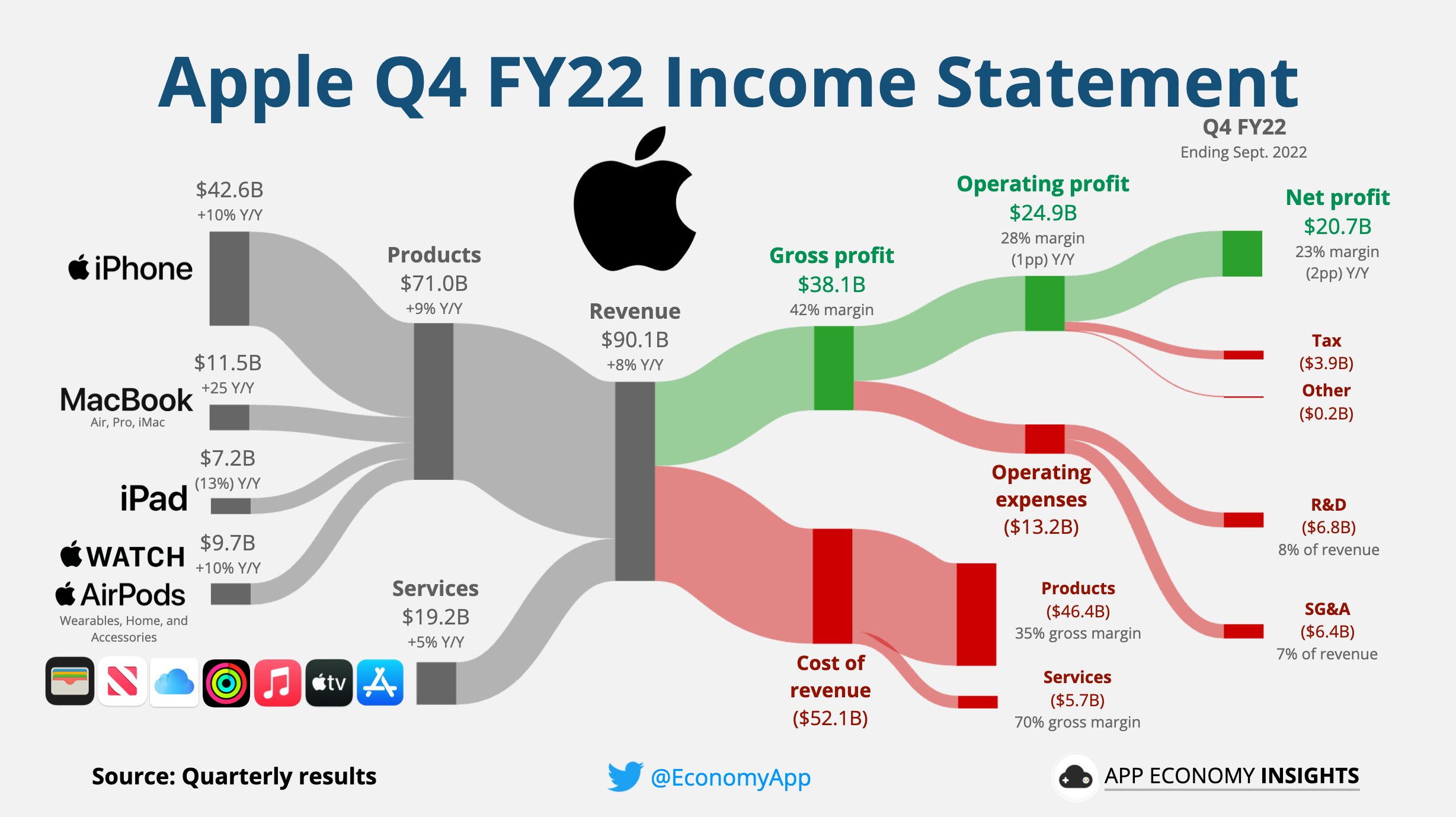 We really need some real competitor to face TSMC.

Also, there's something worth pointing out: Intel spent $4.3B and Nvidia $1.9B in Research & Development, while AMD spent $1.3B. And yet, AMD manages to remain competitive against both of them. We criticize AMD fom some of its prices, and rightfully so, but they really need to get as money as possible to invest it in R&D and keep the competition going.

Yea very true. AMD is fighting against two Titans that have large resource pools. AMD essentially needs to get creative like they have been with Zen in the past to get good profit margins while maintaining good prices. Otherwise the market will go back to the established Titans that has dominated the market for so long.

Well, now that Steam's Autumn Sale is over, there's only one big Sale left, the X-mas/Winter Sale (December 22nd). And that means our usual Secret Santa event.

Since he did it last year, I asked rhonin if he wanted to do it again but, unfortunately, he can't do it this year. It's ok, things happen, and I hope he can at least take part in it.

So, you may have guessed what I'm going to ask next: is there any volunteer to take the reins of the event?