If this hypothetical 4070Ti is really a 400W card, then Lovelace would be a pretty weak increase in terms of performance per watt.

I really hope this is the peak power consumption and regular use is quite a bit lower, otherwise I fear NVidia will get trounced by AMD in that domain (while probably retaining the pure performance crown).

Also, this wouldn't bode very well for mobile GPUs, as this would mean that the biggest GPU chip in laptops would only be something like a 4060 as the others would be too damn power-hungry.

I really hope it's the max power usage, but yeah, we'll see.

Also, if there's one thing all the rumors seem to agree so far is that Ada will be more power hungry than Ampere. In that case, a 4070Ti would use more power than a 3070Ti, and if the later already uses 300-ish watts, then it makes sense for the new one to use more than that, specially with the extra, and faster, VRAM.

As I said, I hope it's just the, how do they call it, max thermal design? The max it can use when overclocked and overvolted.

As for laptops... well, they've managed to put 12900K in some laptops. It's clear that, if they want to put something in a laptop, they'll find a way to do so. 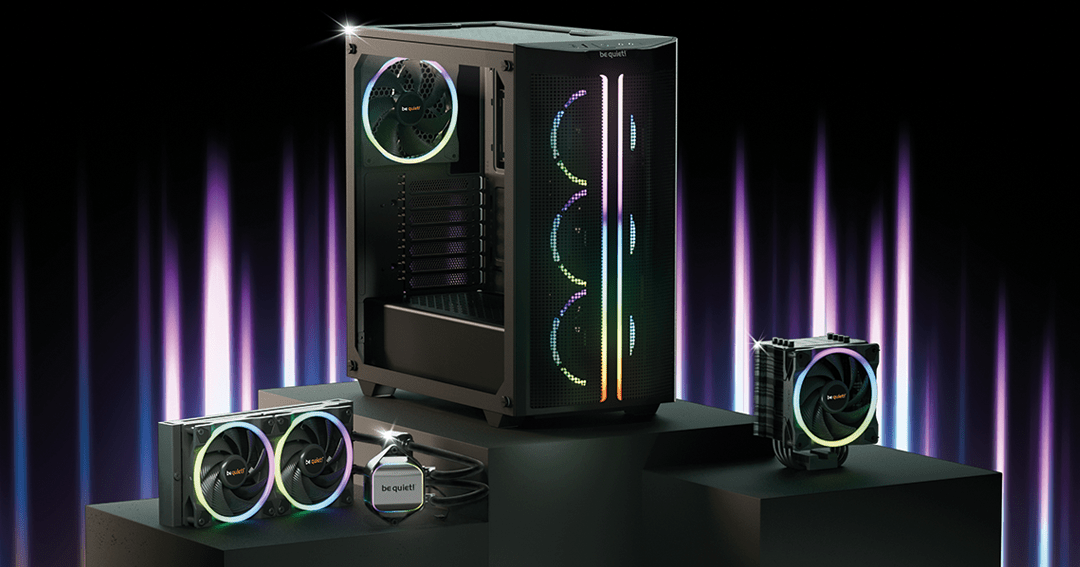 This contest is WORLDWIDE.

Dude is like the cursed coins from the first Pirates movie. No matter who he gets handed down to, they will be cursed until he's handed over to someone else.

At this point I think he's just not worth keeping in the industry, he just fucks around, just like EA's old CEO fucking up EA, only now he's fucking up Unity.

Some folks have just gotta go.

MultiVersus already has millions of players
https://www.pcgamer.com/multiversus-player-count/
Unless you’re Nintendo releasing a game called Super Smash Bros, fighting games don’t usually set the world on fire. That’s why I was a little surprised to learn that MultiVersus, the free-to-play Smash-like that joins forces with Warner Bros’ many intellectual properties, is really taking off.
MultiVersus has been popping off since it entered open beta a week ago. It has sat near the top of Steam’s concurrent players list (among juggernauts like CS:GO and Apex Legends) every day, most recently peaking at over 150,000 concurrents. MultiVersus is also available on PlayStation and Xbox, and according to what I’ve seen of its leaderboards, the game has already garnered at least 5 million total players.

Steam has a few new deals, including new weeklong deals:

And at Fanatical we find a Paradox Interactive Sale, with up to 82% discounts during 7 days: https://www.fanatical.com/en/publishers/paradox-interactive.

Battlefield 2042 Update 1.2 releases tomorrow and here are its full patch notes
https://www.dsogaming.com/patches/battlefield-2042-update-1-2-releases-tomorrow-and-here-are-its-full-patch-notes/
DICE has announced that Battlefield 2042’s latest update, Title Update 1.2, will release tomorrow. In addition, the team revealed its full release notes which you can find below.
>> This tomorrow should be today, the 2nd.

Riot's League of Legends fighting game will of course be free-to-play
https://www.pcgamer.com/riots-league-of-legends-fighting-game-will-of-course-be-free-to-play/
Riot's fighting game, codenamed Project L, has announced a new character alongside another in-progress look at the fighting game. Set in the League of Legends world of Runeterra, this is a two-on-two fighter where players control one fighter directly while using the other for assist attacks.
The big if unsurprising news today is that Project L will be free-to-play. Riot developer Tom Cannon, whose name makes him sound like he should be in the Justice League or something, shared a short video showing some concept and in-development work, as well as a few more snippets of in-game fighting footage.

Terraria devs still had 'unfinished business' that inspired latest update
https://www.pcgamer.com/terraria-devs-still-had-unfinished-business-that-inspired-latest-update/
Terraria's developers have a hard time letting go. After a decade of work, Terraria was meant to get its final update in October 2020, which was already a 'just one more thing'-style return after the Journey's End update earlier that year. "For real this time, probably," we wrote about that "final update" at the time.
Well, not quite. Even after Journey's End, Re-Logic's developers weren't feeling quite tapped out.

Terraria devs plan to tackle crossplay after next update
https://www.pcgamer.com/terraria-devs-plan-to-tackle-crossplay-after-next-update/
Terraria's developers are currently working on the Labor of Love update, which Re-Logic head of business strategy Ted Murphy described to me as a necessary bit of unfinished business for the team before moving on to its next game. But that doesn't mean Re-Logic's going to be totally finished with Terraria after Labor of Love. Murphy told me that after Labor of Love ships, Re-Logic has plans for another major addition: crossplay.

Blizzard wants to know how much people will pay for Overwatch skins
https://www.pcgamer.com/blizzard-wants-to-know-how-much-people-will-pay-for-overwatch-skins/
Blizzard sent a survey to an assortment of Overwatch players and asked how much they'd be willing to pay for skins and other cosmetics in the upcoming free-to-play sequel. The prices in the survey were randomized, according to a statement to PCGamesN from an Overwatch spokesperson, but the suggested cost for the "Mythic" skins caught many players by surprise.

The best MultiVersus players in the world are playing the same character
https://www.pcgamer.com/the-best-multiversus-players-in-the-world-are-playing-the-same-character/
An early favorite has emerged among the top 10 MultiVersus players in the world, and it’s not even close. If you want to break into the big leagues at this moment, you have the best chance playing Bugs Bunny. That’s right: the trickster furball is ranking higher than the likes of Superman, Ultra Instinct Shaggy, and even LeBron James.

Half-Life 2's gravity gun meets Stalker's exclusion zone in this sci-fi FPS
https://www.pcgamer.com/half-life-2s-gravity-gun-meets-stalkers-exclusion-zone-in-this-sci-fi-fps/
Are you in the mood to play with Half-Life 2's gravity gun but want to do it in Stalker's exclusion zone? Then you have some seriously strange moods and I am exceptionally gifted at guessing them. On the other hand, that does sound like a great combination, right?

You'll never guess what you can do at a funeral in Don't Ruin A Funeral
https://www.pcgamer.com/youll-never-guess-what-you-can-do-at-a-funeral-in-dont-ruin-a-funeral/
At the celebration of life for a dearly departed loved one, haven't you ever just wanted to go up to the well-meaning man of the cloth officiating it and deck him right in the kisser, sending him ragdolling into a nearby mausoleum?
Me either, that's extremely antisocial behavior, but videogames allow us to traverse the forbidden mindscapes of the collective unconscious, to indulge in our most lurid and forbidden fantasies. In Don't Ruin a Funeral by JackMcPhersonGames, buddy, you're gonna be ruining a funeral or two.

Activision Blizzard's quarterly revenue steeply declines, but Call of Duty will come to the rescue
https://www.pcgamer.com/activision-blizzards-quarterly-revenue-steeply-declines-but-call-of-duty-will-come-to-the-rescue/
Activision Blizzard saw declines in revenue and operating income during the second financial quarter of 2022, with $1.64 billion revenue, compared to the $2.3 billion it made during the same period in 2021. To recover from that drop, a lot hinges on Call of Duty: Modern Warfare 2 and Warzone 2.0, both of which will release in the company's next financial quarter.

Don't expect Mortal Kombat 12 to make an appearance at Evo
https://www.pcgamer.com/dont-expect-mortal-kombat-12-to-make-an-appearance-at-evo/
Mortal Kombat co-creator Ed Boon has warned fans to manage their expectations, saying there'll be no new entry announcements at this weekend's Evo.
Responding to a tweet from IGN claiming "the developers behind Street Fighter, Mortal Kombat, Tekken, and Guilty Gear are all expected to make announcements during Evo 2022," Boon said "...except Mortal Kombat. Sorry." In a follow-up tweet spotted by VGC, he continued: "It's time for Street Fighter and other great fighting games to be in the sun! Let's enjoy that!"

Marvel's Spider-Man preorder price was wrong in some countries, so Steam wants you to repurchase it
https://www.pcgamer.com/marvels-spider-man-preorder-price-was-wrong-in-some-countries-so-steam-wants-you-to-repurchase-it/
Valve is reaching out to users in seven countries to ask them to cancel and renew their preorders for Marvel's Spider-Man Remastered, after announcing that the original—pretty high—prices for the game in those territories were incorrectly assigned.
The affected countries were the UK, Australia, New Zealand, Switzerland, Israel, Norway, and Poland. Users in those countries with Spider-Man preorders will need to cancel their original purchase and make a new one to take advantage of the corrected, lower prices that are now in operation. 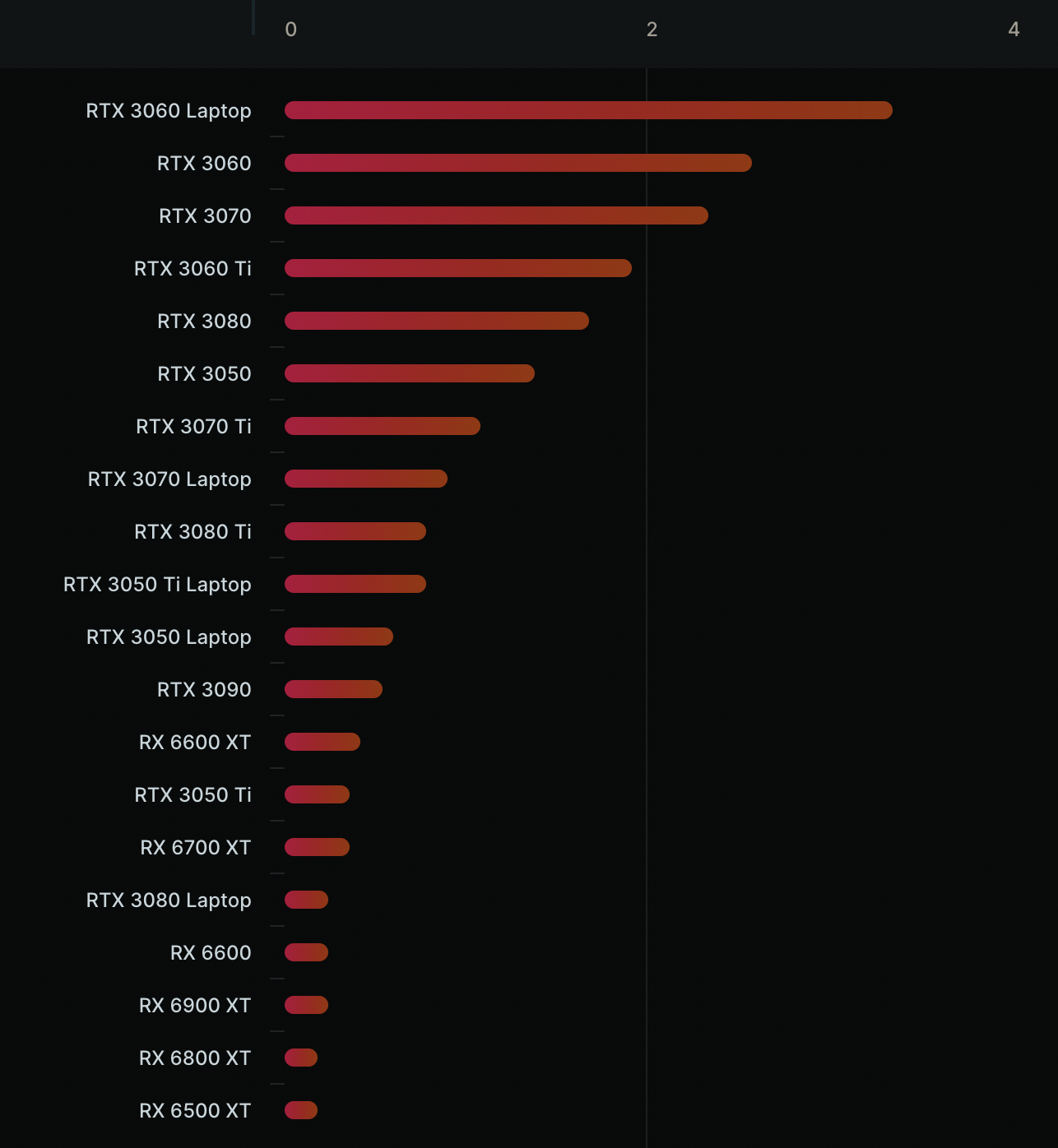 Hopefully AMD will do better next round cause it's clear the market wants Nvidia's features more so than the 50 watt less you get with AMD GPUs. Not that I'd take Steam Surveys too seriously as they can generally be skewed. But we also know Nvidia has been holding around 80% market share and AMD continues to struggle to gain 20%.

Greenmangaming is giving 12% off of spiderman remastered

Personally needs to be $40 or less before I bat an eye. If it included Miles, then maybe but Spiderman alone is a no thanks.

I'll be curious to see how this does against RTX Voice

Yea pretty much. It's too coincidental that AMD had the same issues as Intel is facing when Raja was there vs when he left. Yet somehow he got promoted to become the VP of Intel. Feels like there is an ice burg coming and the captain needs to steer away before hitting it.

Ngl, I know this will sound tin-foil hatted, but over the past few decades I've been noticing CEO's acting nonchalant about making super bad decisions in companies and then getting these life-time amazing golden parachutes, and it's only becoming more and more apparent that those at the top of each company are just looking out for other fellow CEO's in making sure they either stay in office or get a fuck ton of money at the cost of company credit/rep.

It's not just AMD to Intel tho, it's Disney, Nestle, MS, Sony, Nintendo, all of them pretty much (seriously, if you look up Disney's history of leadership under Michael Eisner, Bob Iger and Bob Chapek, you'll notice a decline in company productivity, even Iger was best friends with Chapek and basically appointed him as the current president).