There is just the small issue that my M.2 is now dead...

I think that something will change in the desktop market, but I'm not sure if it will be ARM or not if it will be something almost as drastic as getting rid of some of that legacy compatibility that bloats modern CPUs.

In any case, as Yuri said, it will all depend on software. It doesn't matter how efficient your SoC is, if the software doesn't support it or doesn't run as well, people and business will buy the other option.

And Marth, you give one step forward and another back. I hope you manage to fix all the loose kinks soon and can finally enjoy your new PC. 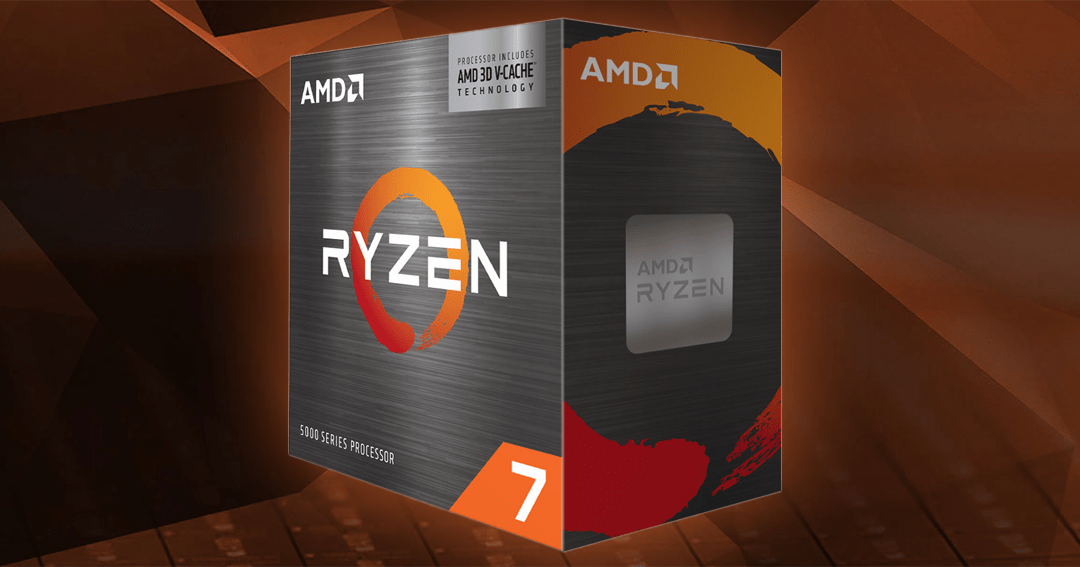 This contest is GLOBAL. Good luck!

The Humble Store has a (new? I'm not sure) Square-Enix Publisher Sale, with up to 90% discounts during 12 days. All the keys are for Steam: https://www.humblebundle.com/store/promo/square-enix-publisher-sale/

A new version of DRM software Denuvo is coming to squat on your games
https://www.pcgamer.com/a-new-version-of-drm-software-denuvo-is-coming-to-squat-on-your-games/
Digital Rights Management software Denuvo is a recurring PC gaming villain, frequently blamed for launch issues and problems with performance. That may not always be fair, but recent games like Resident Evil Village seem to have suffered and, even if it does work as intended, it leaves players vulnerable to service lapses that render their games unplayable.
Nevertheless Denuvo remains a popular piece of thirdparty software among developers who want to minimise piracy, and now the company has announced Denuvo SecureDLC. This DRM software goes above-and-beyond the vanilla Denuvo by protecting games, and it seems to be particularly focused on F2P games, where the money is being made through microtransactions.

You can now play Elden Ring as Silent Hill’s Pyramid Head
https://www.dsogaming.com/mods/you-can-now-play-elden-ring-as-silent-hills-pyramid-head/
Elden Ring and Silent Hill fans, here is something for you today. Tallmaget has released a cool mod that allows you to play Elden Ring as Silent Hill’s iconic character, the Pyramid Head.
According to the modder, this mod comes in two versions. The first one is the original version and the second is a bloodlust massacre version. This mod also replaces the following armor and weapon.

This Red Dead Redemption 2 Mod completely overhauls its law system
https://www.dsogaming.com/mods/this-red-dead-redemption-2-mod-completely-overhauls-its-law-system/
Modder ‘SerjRozov’ has released a pretty interesting mod for Red Dead Redemption 2 that aims to completely overhaul its law system. According to the modder, this mod will make the game’s original crime system a bit more realistic.
Going into more details, this mod will alter law dispatch timing, which will now depend on your distance from a town. In other words, no more instant lawmen in the middle of nowhere. Furthermore, the mod makes changes to the Bounty Level, Town laws, Crimes, Train Robbery.
It’s also worth noting that this mod changes the “time of day and weather condition dependencies on ped perceptions “. It also adds/changes gang-type combat skills and weapon accuracy.

AMD FSR 2.0 now available in Dying Light 2 thanks to this mod
https://www.dsogaming.com/mods/amd-fsr-2-0-now-available-in-dying-light-2-thanks-to-this-mod/
Modder ‘mnxn’ has released a new mod that adds support for AMD’s FidelityFX Super Resolution 2.0 in Dying Light 2: Stay Human. This mod is based on the AMD FSR 2.0 Mod for Cyberpunk 2077 we shared last week. Basically, this mod replaces DLSS with FSR 2.0. By using this mod, PC gamers from all camps (Intel, AMD and NVIDIA) can select DLSS via the in-game settings and use AMD’s latest upscaling technique.

Need for Speed & Avatar: Frontiers of Pandora rumored to be released in November 2022
https://www.dsogaming.com/news/need-for-speed-avatar-frontiers-of-pandora-rumored-to-be-released-in-november-2022/
Industry insider Tom Henderson has leaked the release dates of the next Need for Speed game and Ubisoft’s Avatar: Frontiers of Pandora. According to Henderson, both of these games will release in November 2022.

Arkane’s Redfall gets a brand new official gameplay trailer
https://www.dsogaming.com/videotrailer-news/arkanes-redfall-gets-a-brand-new-official-gameplay-trailer/
Bethesda and Arkane have released a brand new official gameplay trailer for their upcoming title, Redfall. As with the previous trailer, this one features pre-alpha gameplay footage, which means that it does not represent the quality of the final product.

The latest Sims 4 expansion wants me to relive the worst years of my life
https://www.pcgamer.com/the-latest-sims-4-expansion-wants-me-to-relive-the-worst-years-of-my-life/
High school. Either the best or worst years of your life and for me, they firmly fall into the latter camp. It's not exactly a time I look back fondly on, but maybe The Sims 4 can change that with its new High School Years expansion pack.

EA reveals 'pre-pre-pre-alpha' Skate gameplay, closed beta signups are now open
https://www.pcgamer.com/ea-reveals-pre-pre-pre-alpha-skate-gameplay-closed-beta-signups-are-now-open/
The wheels continue to turn on Skate 4, EA's upcoming kickflip-and-grind sim, which is now officially called just Skate—"skate.," technically, but we're pretty sticky about the proper use of capitalization and punctuation around here, so Skate it is. We got our first glimpse at it courtesy of some footage that leaked back in April, and today we were given a proper look at what it's all about—sort of.

Halo Infinite's co-op beta is finally coming on July 11
https://www.pcgamer.com/halo-infinites-co-op-beta-is-finally-coming-on-july-11/
Seven and a half months after Halo Infinite's launch, campaign co-op is nearly ready for prime time. It just has a few kinks to work out first, and that means a beta test: beginning Monday, July 11, anyone who owns the Halo Infinite campaign or subscribes to Xbox Game Pass will be able to try out online co-op.

The next Hunt: Showdown update is pretty big
https://www.pcgamer.com/hunt-showdown-patch-19/
Crytek has prepared a swathe of improvements for its stealthy shooter Hunt: Showdown, including a fix for a longstanding technical issue: the dreaded desync teleportation that most of us have experienced when climbing ladders or trying to wedge yourself through the same doorway that your teammate's in.

Overwatch 2 removed hostile architecture from new map at fan request
https://www.pcgamer.com/overwatch-2-removed-hostile-architecture-from-new-map-at-fan-request/
Blizzard has made a notable change to one of its new Overwatch 2 maps thanks to player feedback.
As spotted by Polygon, Twitter user ClearTogether pointed out the use of hostile architecture in Midtown—a New York-inspired map being introduced in Overwatch 2. The first beta had the map dotted with sectioned benches, a common structure used to deter homeless people from sleeping on them. "Overwatch being an 'aspirational universe,' I just find it depressing at worse and out-of-place at best," ClearTogether had tweeted about the map decor in early June.

The Messenger's retro RPG prequel Sea of Stars has been delayed into 2023
https://www.pcgamer.com/the-messengers-retro-rpg-prequel-sea-of-stars-has-been-delayed-into-2023/
Sea of Stars, the charmingly Nintendo-style RPG follow-up to The Messenger, has been delayed into 2023, developer Sabotage Studio announced this week.
Announced back in 2020 with a Kickstarter campaign, Sea of Stars immediately won over our Tyler W with its delightfully not-quite-retro look—enhancing retro pixellated worlds with flashier, more contemporary dynamic lighting. But while the plan was to ship Sea of Stars this year, the Quebec-based developer has since explained it needs a bit more time to polish up those pixels.

World of Warcraft is changing how the auction house works to benefit smaller servers
https://www.pcgamer.com/world-of-warcraft-is-changing-how-the-auction-house-works-to-benefit-smaller-servers/
World of Warcraft's auction house will go region-wide for commodities in the 9.2.7 update. Blizzard posted the update on the official forums, stating that the system is currently being tested on the PTR (Public Test Realm). A new chat channel will also be added for advertising services.

Time to check GOG and Steam:

Until next time, I wish you a happy and gaming weekend.

Hopefully not, least not at launch. When Ampere launch happened, Crypto wasn't initially booming either. It was after a couple months when people realized how good the mining capabilities are is when the boom happened. Before that though, we had all the scalper BS.

Can't help but feel some satisfaction that their GPUs aren't selling. For years they've gouged and played with consumers with shitty practices and selling directly to miners. Though it sucks that because of that they are reducing capacity because they have so much stock of video cards of unwanted 30 series cards.

Also kinda sucks because I badly need a GPU upgrade on my PC lol.

Yea pretty much. I think if the rumours are true about the 4080 being AD103 and Nvidia relying on L2 cache to make the difference in memory bandwidth, then I think next gen will be much more resistant against mining than Ampere has been, especially if they combine it with LHR. Cause mining requires high memory bandwidth and the rumours makes it sound like the 4080 and lower will have G6 and not G6X. That does mean AD102 users will have the same issues as Ampere but realistically, those cards will be a lot more expensive. It's kind of like how a 6900XT has half the hashrate of a 3080.

And hopefully, when the crypto boom does happen, they will be targeting Ampere cards and not so much Lovelace. Personally, I just might keep my 3080 till then loll.

But at the same time I've skipped two gens and I'd really like an upgrade:

Not sure why they thought it was a good idea to aim for absolute bottom of the barrel users though, since it doesn't even suit that group, going by it's stats. It's mostly the mid to high end that are suffering the most in terms of prices/choices.

Em... not to be *that* guy but Nvidia actually trried to do something about it. They're the ones that developed LHR to try to push miners away from their cards, and brought to the market Turing based cards just for miners, all while AMD did nothing at all.

I say this because it's not Nvidia's fault you're talking about but the greed of most, if not all (I really should have made a list of all the ones that got caught doing it), the AIB partners that were the ones that went for miners of internet cafes and sold them directly the cards instead than to us, gamers. They are the ones that brought us here, not Nvidia.

With that said, what Nvidia, and also AMD, should do now is to cut the MSRP, because it's been two years and the remaining cards wont sell unless they drop in price, and a lot.