It's the Friday news!

This Mod for The Witcher 3 adds a fully automatic quest tracker
https://www.dsogaming.com/mods/this-mod-for-the-witcher-3-adds-a-fully-automatic-quest-tracker/
K1ngTr4cker has released a simple yet cool mod for The Witcher 3: Wild Hunt. As the title suggests, this mod adds a fully automatic regional quest tracker using the game’s built-in Mod Menu.
The mod offers complete and total quest tracking of all quests and random events in the game.

How to get the most out of the classic Fallout games today
https://www.pcgamer.com/uk/how-to-get-the-most-out-of-the-classic-fallout-games-today/
If you came to Fallout via Bethesda's games, with their fully voiced NPCs, real-time combat, and switching between first-person and third-person cameras, you might think Fallout 1 and 2 look intimidatingly old school. And while they are 1990s RPGs with lots of text, turn-based combat, and a top-down camera that refuses to zoom in on the wasteland like it's afraid of what the place smells like, they're still enjoyable to play today.
The original, released as Fallout: A Post Nuclear Role Playing Game, remains a high-water mark for cRPGs thanks to its juxtaposition of Mad Max and Atomic Age sci-fi, the number of approaches and problem-solving styles it encouraged, and strong replayability. If you're short on time, it's worth knowing it can be wrapped up in a neat 20something hours too.
Fallout 2 is a bigger world, and with that comes a little less coherence—though it retains the freedom and clever quest design of the original. Fallout Tactics, a strategy-focused spin-off, is the only one of the classics not really worth bothering with today. The others remain fascinating both for how they show a genre evolving, and for just how much they let you get away with.
>> The article contains not just the links to the mods, but also instructions to install them.

Fortnite Chapter 3 Season 2 ends with a 'one-time in-game event' next week
https://www.pcgamer.com/uk/fortnite-collision-event-time/
Fortnite Chapter 3 Season 2 will come crashing to an end next week in Collision, a "one-time in-game event" that will finally decide the fate of the Zero Point. The big finish will kick off at 1 pm PT/4 pm ET on June 4, with the Collision playlist set to go live 30 minutes ahead of the start time to give players time to group up into squads of four and get ready for the fight.

Hatsune Miku Project Diva MegaMix just landed on Steam and you should all play it immediately
https://www.pcgamer.com/uk/hatsune-miku-project-diva-megamix-just-landed-on-steam-and-you-should-all-play-it-immediately/
The Hatsune Miku Project Diva series has finally made its debut on PC, with Sega dropping MegaMix+ out of absolutely nowhere.
Project Diva contains some of the greatest rhythm games I've ever had the pleasure of playing, and one of the main reasons my PlayStation consoles still get any love. It made its way onto Switch last year in the form of MegaMix, which appears to be the version PC users are getting, along with a sprinkle of PlayStation 4's Future Tone visuals.

The Witcher 4 is now in pre-production
https://www.pcgamer.com/uk/the-witcher-4-is-now-in-pre-production/
The wheels appear to be turning smoothly on The Witcher 4 (opens in new tab), the next big game in development at CD Projekt. Just a couple of months after the studio confirmed that it is in fact working on a new Witcher game, CD Projekt chief financial officer Piotr Nielubowicz said development is now in the "pre-production" phase.
>> See you in 5 or 6 years.

Minecraft's much-awaited Wild Update arrives in June
https://www.pcgamer.com/uk/minecrafts-much-awaited-wild-update-arrives-in-june/
The wait for the Minecraft 1.19 update is nearly over. After keeping quiet about the timeline this year, Mojang has just announced that the Wild Update is arriving on June 7, just a week and a half away. I figured that the recent pre-release builds were a signal we'd be hearing about a specific date soon, but it's even earlier than I expected, which makes for a nice start of the summer surprise.

Mafia 3 studio undergoes new layoffs following leadership change
https://www.pcgamer.com/uk/mafia-3-studio-undergoes-new-layoffs-following-leadership-change/
According to reporting from Kotaku and Bloomberg, 2K subsidiary and Mafia 3 developer Hangar 13 has suffered a round of substantial layoffs.
Hangar 13 consists of three studios worldwide, and the Kotaku report claims that "nearly 50" of the Novato, California location's 87 employees have been let go. It is currently unknown how heavily the developer's Brighton, UK and Brno, Czech Republic offices have been affected, if at all.

Phil Spencer reaffirms that Microsoft will not oppose the Raven QA union
https://www.pcgamer.com/uk/phil-spencer-reaffirms-that-microsoft-will-not-oppose-the-raven-qa-union/
As reported by Kotaku, Xbox head Phil Spencer stated in an internal all-hands meeting that Microsoft will recognize Raven QA's new union if its bid to purchase parent company Activision Blizzard wins the FTC's approval and goes through.

The next Pathfinder RPG might actually be a Starfinder RPG
https://www.pcgamer.com/uk/the-next-pathfinder-rpg-might-actually-be-a-starfinder-rpg/
Enough people have been asking Owlcat Games "What's next?" that the developer of Pathfinder: Kingmaker and Pathfinder: Wrath of the Righteous put together a website to tease an answer that question: whatisnext.owlcat.games. Head there and you'll see a looping animation of three planets and an asteroid field, with a targeting display overlaid on it. Sure looks like they're heading into space (man).

Details from a Cyberpunk 2077 expansion may have leaked
https://www.pcgamer.com/uk/details-from-a-cyberpunk-2077-expansion-may-have-leaked/
A dataminer claims to have found subtitles for an upcoming Cyberpunk 2077 expansion in the February patch that brought CD Projekt's underwhelming open-world game up to version 1.5. An archive containing text files, mostly of English dialogue but some in Polish, has been uploaded to multiple subreddits, including r/GamingLeaksAndRumours.

Valve says it sees 'how large' Team Fortress 2's bot problem is, and will actually do something
https://www.pcgamer.com/uk/valve-says-it-sees-how-large-team-fortress-2s-bot-problem-is-and-will-actually-do-something/
Valve continues to low-key maintain Team Fortress 2, but it remains one of the biggest games on Steam regardless—as I'm writing this, just over 75,000 people are playing. Not bad for a 15 year-old title, and the Team Fortress 2 community knows two things: it loves their game, and it hates bots.

And these are the deals at GOG and Steam:

That's all folks! Until next time, I wish you a happy and gaming weekend. 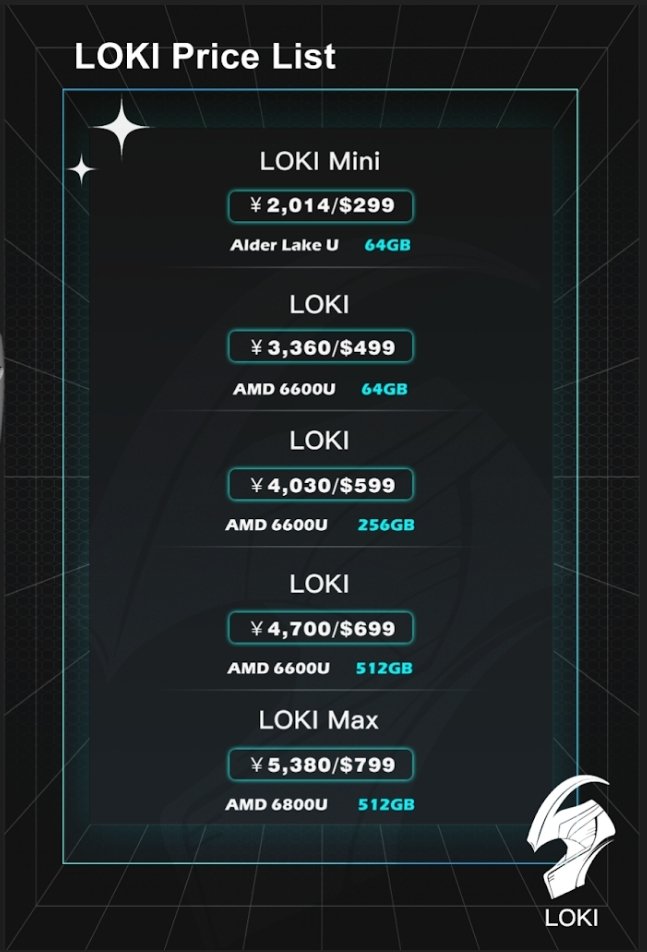 This is certainly tempting for a Windows based handheld but the prices seem too good to be true. So I'll wait until it officially releases.

PCIe 5.0 SSDs May Get Wider and Require Wider M.2 Slots

Truth be told, it's been a while since I found a web with an auto-playing video or, at least, one that's not muted.

For those of you with glasses that haven't made the jump to VR yet because of them, or you have but are having troubles, here is something that may be of interest:

Apparently it's easy to mod the Quest 2 with prescription lenses
https://www.pcgamer.com/uk/apparently-its-easy-to-mod-the-quest-2-with-prescription-lenses/
VR is constantly getting more and more user friendly, and has gone from being an incredibly niche hobby to making its way into people's homes. With options like the Oculus Quest 2 (opens in new tab), VR is now wireless and doesn't require a computer or previously positioned base stations to use. There are far fewer boundaries to VR than there have been previously, but one has continued to hamper the experience for me.

My eyesight is incredibly poor. Thankfully it's still fairly rectifiable with glasses, but the lenses are thicker than the ocean – I'm talking seven Cs thiccccccc. They don't play well with VR headsets and are always difficult to wear underneath. Plus they get absolutely ruined with scratches.

The purchasable mods for headsets were always too expensive, and not always available in what I needed. Plus my partner is also spectacled so we'd need at least two different kinds. At that price it was much cheaper for me to just buy the lightest pair of glasses I could find and have them as a designated VR pair. It's still not a comfortable or elegant solution, which is why I'm so stoked about this great mod spotted by Hackaday.

Fellow glasses wearing VR enthusiasts rejoice, because it turns out modding your Oculus branded VR headset with prescription lenses is far easier than you think. These 3d printable lens adapters by Tanvach are designed to slot right into an Oculus Quest, Quest 2, or Rift S headset.

• Takes place 5 years after Fallen Order
• Xbox Series / PS5 / PC (not cross-gen)
• Theme is "Survival" Cal and BD-1 are doing whatever it takes to survive as one of the last living Jedi
• Ray Traced Real Time Lightinghttps://t.co/ox9WylZo64 pic.twitter.com/D0l5WHKG3c

So after a week of Zen 4/AM5 news, this is pretty much what I can gather:

- Zen 4 may be slower than 5800X3D in gaming as AMD themselves isn't sure if it's faster
- Much higher TDP
- Only 15% increase in Single Threaded uplift
- DDR5 only even for budget boards
- A lot more IO capabilities
- A lot faster in blender compared to Intel
- B650 can overclock and has PCI-E gen 5 for storage only while Intel doesn't allow you to CPU overclock with B660 but can allow PCI-E gen 5 for GPU and Storage depending on the motherboard.
- AMD doesn't know how long they will support AM5

Now clearly, AMD had to put out a lot of clarification after their presentation and they even mentioned that 15% is "conservative" which could either be a PR thing to try and calm people down or as the twitter people are calling it "sandbagging." Personally if what we see is what we get and the types of crazy sales that CPUs intend to have when the "next" one comes out, unless you are planning on upgrading the CPU later down the line, I think Intel might be the easy answer for most builds if Zen 4's pricing ends up being similar to Zen 3.

But I do think that AMD is being conservative and the reason is that Zen 4 is not ready for prime time until fall. And because of that, they need to keep selling Zen 3 while they wait hence why they are like, AM4 will continued to be supported for longer and etc. Plus going from 7nm to 5nm, increasing the clocks to 5.5ghz, having DDR5 and etc. It just doesn't make sense to only have a 15% single threaded uplift unless AMD royally goofed.

But we will see.

The fact that AMD has been keen to say that they used an engineering sample supports your theory. Also, it would be quite dumb to launch a new range of CPUs that offer worse results in gaming than the previous gen.

But of course, Intel kind of did something like that with their 11th gen so maybe it's AMD's turn. 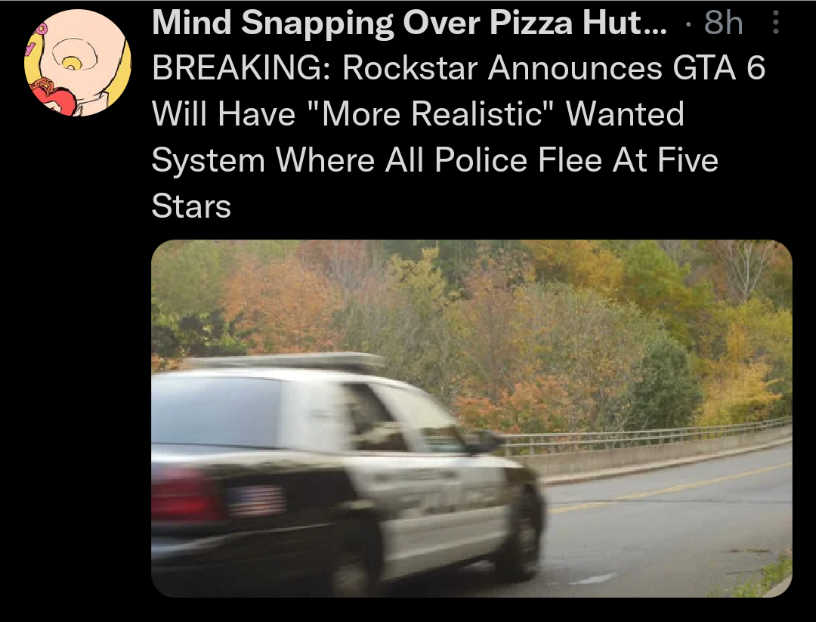 Wow, that's dark. (I like it - the joke, that is, not the completely messed-up truth behind it.)