I remove the MS/Sony part and just putt ALL in it's place since everything launches with a massively inflated price these days and drops like a rock not long after launch I just scour the bargain bin and pick up 3 for the price of one 6 months later when the next big Steam or key reseller has their big Summer/Winter sale.

So now that the 3050 has been released, that basically ends the battle between Ampere vs RDNA 2. Here's the summary of the results based on techpowerup and a few other sites:

I think overall, this generation had the potential to be fap worthy but ultimately got killed by scalpers and miners. We used to joke before Ampere launched where the prices would be worse than Turing, then Ampere got announced and the prices were insanely good, then it launched and while for a few months, the prices were steady, it only really shot up to insanity in early 2021 starting with the Tariff increase.

But ignoring all that, overall it was rather disappointing showing from AMD. I know I have overall been negative towards AMD for the past year or so but if you looked at my posting history, I do used to say positive things about their CPUs. Granted not so much about their GPUs because if you were to have bought Nvidia's Turing instead of AMD's 5000 series, you would enjoy the benefits of Ray Tracing and DLSS. And this is ultimately the issue with RDNA 2 as well with 6700XT and up. Yes they are competitive products in Raster but Nvidia is not only as good if not better in Raster in many cases for similar pricing, you get all of the next gen benefits like way better Ray Tracing performance and DLSS. RDNA 2 just feels like a beta product in the PC space similar to how RDNA 1 felt like an Alpha product from AMD.

But the biggest issue from AMD this gen is how they treat their budget gamers. 6600XT and below have all been trash tier cards even if you forget about Ray Tracing. We see the scaling issues of RDNA 2 and their infinity cache. As they put low amounts of Infinity Cache with a crippled memory bus and gimped PCI-e lanes, it's truly shameful showing from a brand that were once "Hunting Titans." Hopefully RDNA 3 will be their Zen 3 moment but as we have seen with Zen 3, that means budget gamers get even more screwed.

All in all, Ampere vs RDNA 2 should have been a return to the glory days of PC gaming after Turing was largely sleep as Ray Tracing/DLSS were not fully ready until half way through. Instead they will be remembered as the "No Availability" generation cause most people just couldn't find one at a reasonable price.

I am not quite as patient depending on the game so I generally use cdkeys or greenmangaming to get 20-30% off pre-orders/launches.

Idk if I'd ever actually buy AoE IV after playing it on gamepass. It lacks the spark of AoE 2. It looks too off beat stylistically but the FMV sequences can be neat in the campaign.

Submerged: Hidden Depths Coming to PC and Consoles
https://techraptor.net/gaming/news/submerged-hidden-depths-coming-to-pc-and-consoles
Submerged: Hidden Depths, a relaxploration adventure, has been announced to be emerging from the watery grip of Stadia exclusivity. It's now arriving on Steam, PlayStation 4, PlayStation 5, Xbox One, and Xbox Series X|S consoles. Players will be taken to a submerged city to discover its secrets, perhaps uncovering the reasons why anyone thought it was a good idea to make games exclusive on Stadia. It's also the sequel to a first game that we didn't really like, although we did like the sequel's original release.

The chip shortage didn’t stop Intel from having its ‘best year ever’
https://www.theverge.com/2022/1/26/22903138/intel-q4-2021-january-2022-earnings-best-year
Intel is still feeling the burn from the chip shortage. It’s struggling to fully capitalize on tremendous pandemic-fueled demand for new PCs, because you can’t make a laptop with Intel chips alone. And yet that didn’t stop Intel from having its best financial year ever — in today’s Q4 2021 earnings, it’s reporting its highest quarterly and highest yearly revenue ever, at $19.5 billion and $74.7 billion, respectively — and four other revenue records as well. Profits weren’t nearly as rosy: net income went down 21 percent in the quarter and 5 percent year over year to $4.6 billion and $19.9 billion, respectively.

ioi will offer free upgrades for owners of Hitman 3
https://ioisupport.zendesk.com/hc/en-us/articles/4418445781521
Our HITMAN 3 launch on Steam didn’t go as planned. We were excited to bring HITMAN 3 to Steam with new content and we knew that anticipation and excitement levels amongst our Steam players was high, especially as the game had been an Epic exclusive for a year.

The main problem isn't that they are expensive, new games have kept the same price for years, until they decided to raise prices this gen, but that they're incomplete.

Pre-order bonuses, DLCs, season passes, etc. have been used for so long by publishers to make more money that now, buying a game day one when you know full well that more content is coming, doesn't feel right.

It could have been a great game (even if that chasing scene was heavily scripted). It's such a shame that they decided to cancel it.

Yeah, ngl, I saw some of the day 1 footage and saw that physics for projectiles were tied to something other than where the unit is standing, and how they home in like darts on any sort of unit no matter the distance and that will forever be etched into my mind.

The other fact that the game looks a bit more cartoony/mobile-like and the too clean UI (reminds me instantly of DoW III and not AoE II) put me off for the most part. The lack of other civs atm makes me not wanna touch it. The only time I'm ever likely to buy this is at a probable deep discount, and since it's not on a must have list for me, I'm fine waiting for years till it goes cheap.

Hopefully there will be more RTS's in the next few years, that might spark MS to actually do a bit more with the genre, since EA just did the remaster C&C collection of two games and then stopped caring after that (no known plans to do with the franchise since that collection's release). I don't see SC 3 being a thing for at least another 5 or more years either, so I'm gonna hope Homeworld 3 does something great, as well as that RTS from Ex Blizz devs are supposed to be working on rn.

I still don't think AAA pubs/devs are into full on effort for the genre just yet. Prob gonna be another one of those jobs for indie devs to prove that the genre is still viable (I mean it should be, every genre should be viable and treated with respect).

Ubisoft is shutting down Hyper Scare, its battle royale game
https://www.ubisoft.com/en-us/game/hyper-scape/news-updates/37U6BBTVWevDWEZHY48x3g/the-future-of-hyper-scape
We have made the difficult decision to end development of Hyper Scape and shut the game down as of April 28th. We set out to create a vertical, close-quarters, and fast-paced shooter experience and we are extremely grateful to our community for joining us on our journey. We will be taking key learnings from this game into future products.

Yea it's pretty annoying the state of RTS games. The only ones that are worth buying these days are Total War series and 4X Civ games but neither of them are really the style of games that I enjoy all that much.

I like games that are more so Starcraft, C&C, AoE and Battle for Middle Earth. But sadly, it will be a long while before we get a proper sequel if ever. With some hope, maybe MS will do a sequel to Starcraft/Warcraft but who knows if they will be done properly. Especially as Blizzard would rather make a survival game in an era where we have too many survival/battle royal games.

It's annoying because I am only 29 but it feels like the games that I am interested in are continuously shrinking. The obscured sales expectations of publishers are continuing to lead them to the path where games feel more generic than anything. And the insane development times of modern games are ensuring that we get less and less games coming out like GTA. And I haven't really seen indies pick up the slack but it would be easy to miss in a sea of artsy games that come out daily.

All in all, we will see what happens but man, I give anything to have a proper sequel to one of my favorite RTS games. 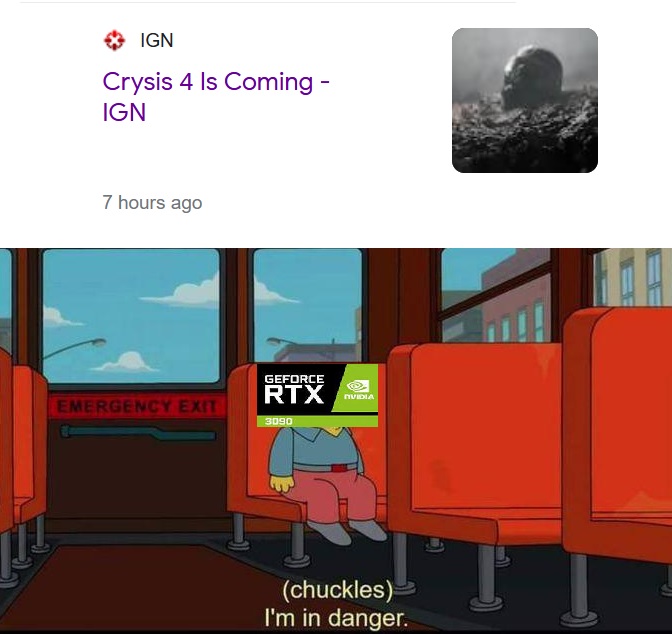