The day that Steam keys are the minority in Humble Choice is the day I cancel them.

Rhonin the wizard 5 days ago

I wouldn't mind it if there was a choice on which store to redeem, but I suspect there won't be. For the months of June 2021 and August 2021 each had a game that could only be redeemed on GOG, even thought those two games (Disjunction and ENCODYA) were also available on Steam.

Humble might also transition to offer keys for their app.

And Epic would probably be willingly to pay to get EGS versions in there. To make matters worse when there was an EGS bundle you could only claim the games via direct activation, so if you already had the game or didn't want it you couldn't even give it away.

This week's free game at the Epic Store is Galactic Civilizations III: https://www.epicgames.com/store/en-US/p/galactic-civilizations-iii
Next week, the free game will be "Relicta".

The Humble Bundle has a new package: the PC Building Simulator Bundle, with up to 10 items to get during the next 20 days: https://www.humblebundle.com/games/pc-building-simulator-bundle

Crytek issues C&D letter to the creator of the unofficial Photomode for Crysis 2/3 Remastered
https://www.dsogaming.com/news/crytek-issues-cd-letter-to-the-creator-of-the-unofficial-photomode-for-crysis-2-3-remastered/
As we all know, the first Crysis game relied heavily on its modding community. Not only that, but PC gamers could capture high-resolution screenshots, similar to the Photomode that most games currently feature. However, it appears that Crytek has just shot itself in its foot. In a really surprising, and really stupid, move, the team issued a C&D letter to the creator of an unofficial Photomode for Crysis 2/3 Remastered.

First Final Fantasy 7 Remake PC Update released, patch notes revealed
https://www.dsogaming.com/patches/first-final-fantasy-7-remake-pc-update-released-patch-notes-revealed/
Square Enix has just released the first update for the PC version of Final Fantasy 7 Remake Intergrade. According to the company, this patch stabilizes the resolution for framerates that are higher than 90fps.

The free-to-play Forza game is shutting down in the spring
https://www.pcgamer.com/uk/the-free-to-play-forza-game-is-shutting-down-in-the-spring/
Forza Street—originally released in 2018 as Miami Street—arrived on Windows 10 in 2019 as a streamlined, free-to-play racer offering quick one-minute races, aimed primarily at PC drivers who don't have the high-end hardware needed to squeeze the most out of the mainline Forza series. Three years later, it's going away: Turn 10 Studios Principal Design Director Andy Beaudoin said in a recent developer blog that the studio has decided to close it down so developers can focus on "new and exciting Forza experiences."

Become a plant detective in this occult botany shop puzzle game next week
https://www.pcgamer.com/uk/become-a-plant-detective-in-this-occult-botany-shop-puzzle-game-next-week/
If Wordle has you staring at letters this week, Strange Horticulture will have you staring at flowers, leaves, thorns, and roots next week. In the puzzle game from developer Bad Viking, you've inherited a spooky little plant shop in the quaint little Victorian town of Undermere. As quirky and mysterious customers come in asking to buy plants you'll need to crack your tome of botany knowledge, closely examine the plants in your store, and figure out exactly what your customers want based on their descriptions.

When does God of War on PC unlock in your time zone?
https://www.pcgamer.com/uk/god-of-war-pc-release-time-unlock/
The God of War PC unlock time isn't far away at all now, so if you remember the pain of missing out on Kratos' beard when he returned to PlayStation in 2018, your patience will soon be rewarded. Yes, God of War on PC is finally a thing.
>> Adding support for ultrawide monitors was challenging.

Here's 15 minutes of 4K God of War PC gameplay
https://www.pcgamer.com/uk/heres-15-minutes-of-4k-god-of-war-pc-gameplay/
God of War is (finally) coming to PC on Friday but reviews are live now, and in case there was any doubt it's very good: "The best version of a fantastic game," we said in our 90% review, "evidence that the PC is the ultimate videogame unifier, and a great reminder of how the platform can bring out the best in games." In short, if you haven't played God of War and you want to, this is the version to play.

It's been nearly a month and you still can't buy Final Fantasy 14
https://www.pcgamer.com/uk/its-been-nearly-a-month-and-you-still-cant-buy-final-fantasy-14/
The wonderful world of Final Fantasy 14 has had its gates locked for almost an entire month. Due to widespread server congestion from the sheer number of players trying to get in, Square Enix halted sales of the base game 13 days after the latest expansion's early access launch on December 3. If you didn't already own the game, you were locked out.
Forty days since Endwalker touched down, it's still impossible to buy a new copy of Final Fantasy 14 or register an account for the free trial.

Tabletop Simulator caught up in competing review bomb campaigns over transphobic moderation complaint
https://www.pcgamer.com/uk/tabletop-simulator-caught-up-in-competing-review-bomb-campaigns-over-transphobic-moderation-complaint/
Tabletop Simulator has found itself at the center of dueling review-bomb campaigns on Steam following complaints from a user who was kicked and temporarily banned from the game's global chat channel for stating that they are gay and trans.

Cloud Imperium starts referencing Star Citizen spinoff sequels
https://www.pcgamer.com/uk/cloud-imperium-starts-referencing-star-citizen-spinoff-sequels/
The January 2022 issue of MCV Develop, a UK trade magazine about the videogame industry, includes an interview with Cloud Imperium Games' chief operating officer, Carl Jones. While the focus is on the developer's studio setup and future plans for expansion, Jones went into some detail about various aspects of Star Citizen: A game that, nine years into development, exists in certain forms but feels quite far from anything like a 'finished' release.

The decision to use one set of keys for one store over another has, probably, more to do with the publisher than Humble.

And if Humble uses keys for their own app/store, I fear many will lose interest in it.

So basically, if you spent a lot of evga products, you get priority in the queue system thus really helping mainly scalpers and miners. There goes another avenue of being able to try and get a GPU. The biggest problem Lovelace/RDNA 3 will have is everyone will be prepared. When Ampere/RDNA 2 launched, no one really knew how it was all going to end up. So we had evga having a decent queue system, retailers selling GPUs without tacking on useless nonsense, sometimes at a slightly higher $50-$100 above MSRP, people on ebay/craigslist/etc selling their old gpus for reasonable prices.

But when Lovelace/RDNA 3 will launch... Oh boy! Evga already said f all yall with this new queue system. Newegg is still doing combos and many other retailers joined in. You want a 4090? Hope you like retailer mark up + an additional $600 OLOy DDR5 4400mhz ram! There are also no reasonable GPU prices to be found in the used market and the increased bandwidth coming from both Lovelace and potentially RDNA 3 will be miners wet dream.

If the current cryto price sticks as it has gone down and the government regulation goes through along with Eth going to staking, then we may have a period of time where things could come back to being close to normal for Ampere/RDNA 2 before Lovelace/RDNA 3 launch. Imo, if you are desperate to get a new GPU and find a good deal, I'd consider getting current gen even if Lovelace/RDNA 3 performance rumours sound insane... Cause the prices sure will be!

A #Battlefield2042 Cheat provider is suspending it's services to the game... And no... It's not because of Anti-cheat.

It's because the games performance makes the cheats not work properly 😂 pic.twitter.com/IuHMNSWMfe

That's one advantage of having a shat game I suppose... 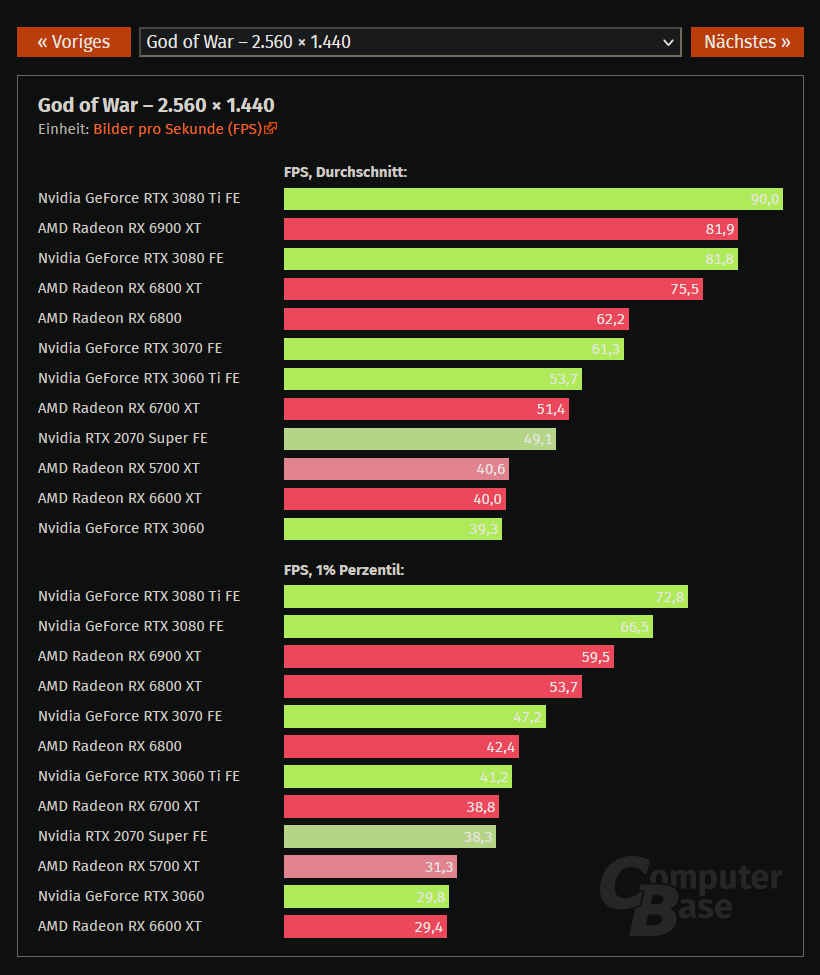 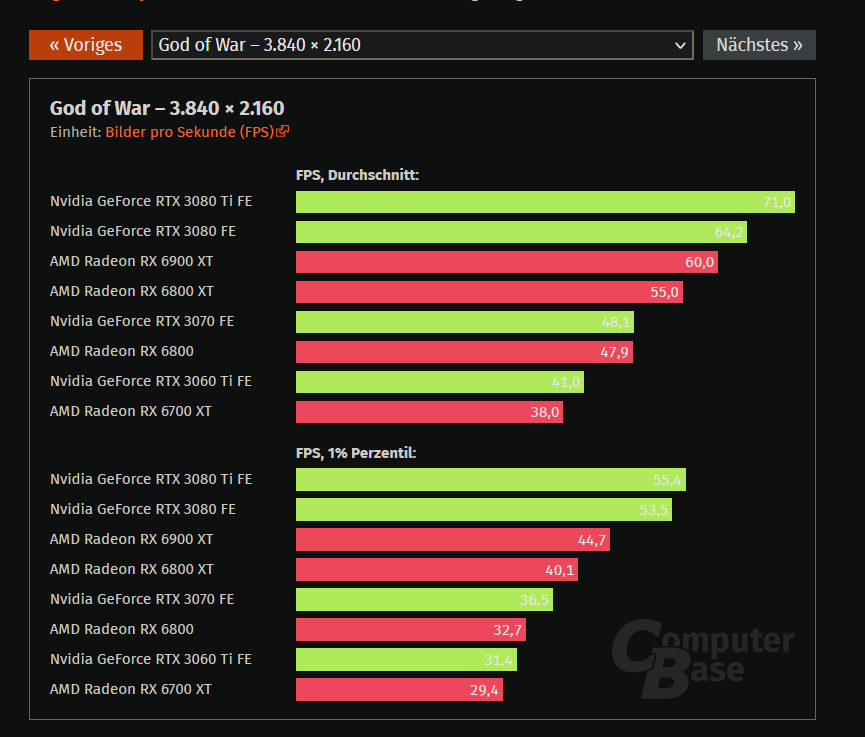 Last edited by Captain_Yuri - 4 days ago

Rhonin the wizard 4 days ago

Valve and Geico team up for a Portal-themed insurance ad
https://www.pcgamer.com/valve-and-geico-team-up-for-a-portal-themed-insurance-ad/
Earlier this month, Geico released a new advertisement entitled "The Gecko Visits Portal," and that's exactly what it is: The gecko has somehow wound up in the Aperture Science labs, and he's looking for help to get out—from GlaDOS. Of course, the villainous machine is reluctant to offer aid, and things quickly go awry in a fashion that will no doubt be familiar to anyone who's played Portal—but not before money is saved!

Humble Bundle retires all Mac and Linux games from the Humble Trove starting February 1st
https://www.neowin.net/news/humble-bundle-retires-all-mac-and-linux-games-from-the-humble-trove-starting-february-1st/
It’s a bittersweet day for gamers who participate in Humble Bundle’s Humble Choice Program. The service will sunset Linux and Mac versions of all games on offer starting February 1st.

This is with a GPU that's way above what the system GoW was originally playing on, and only at a res bump above 1080p.

If this is how it's gonna run with a 3080, then the supposed 1080ti "minimal" means I ain't playing it, because I'm playing games at 1440p with a 1080ti, and though I have played HZD and Days Gone, the latter than better than the former, with the former driving my GPU stupidly hot, even with Alex's optimised settings (I still think HZD wasn't the best port compared to DG).

Iirc the PS5 version runs 4K with checkboarding @ 60fps (so probably ~1440P) on performance mode with lower settings on PC so this is quite a demanding game, despite being a PS4 game from 2018. It does seem a little low though considering the PS5's GPU desktop equivalent should fall in between a 6600XT and a 6700XT, and should be closer to the former.

DF just did a deep dive of the game's technical performance review and they say its a good one.

There are quite a few improvements in this port has like better LOD's; less pop ins, higher quality textures, SSR, volumetric fog and shadows (even on normal settings). There are some issues though like asset streaming in between loading that causes some dips in performance - though the devs are well aware and should be in a future patch.

Thus far this seems to be the superior version, and though not by a mile it looks like a decent upgrade. My only real gripe is that they don't have a FOV slider which is a shame because the camera is so darn close to Kratos. I'll most likely double dip at some point when it comes on sale on Steam.

Last edited by hinch - 3 days ago