Guru3D has started it's December contests, and here's the first one:

Also, WccfTech is doing a giveaway:

Here's the beta schedule, by the way:

Steam has one daily deal, two Midweek Madness deals (one of which ends in 24 hours) and, believe it or not, 39 weeklong deals:

There's a new Humble Bundle: The WB Batman Collection, with up to 8 games to get during the next 13 days: https://www.humblebundle.com/games/wb-batman-collection

Cyberpunk 2077 VR mod 'should come out in January' says creator
https://www.pcgamer.com/uk/cyberpunk-2077-vr-mod-should-come-out-in-january-says-creator/
In big news for fans of VR and Cyberpunk 2077 (you are out there, right?), the modder behind the R.E.A.L. VR mods for GTA V and Red Dead Redemption 2 is now working on bringing Cyberpunk 2077 to virtual reality. And with a little luck, it should be out soon (assuming it's not undone by the 'Early Access' state of the game).
Following a poll on modder Luke Ross' Patreon page asking which games his backers would like to see him mod in the future, Cyberpunk 2077 came out on top. I asked Ross if this means Cyberpunk 2077 is next up on the VR modding block. He confirmed that it is, and even gave a broad release date. "If nothing goes wrong, I'd say it should come out in January," he told me.

Battlefield 2042 Update #3 releases tomorrow, will have over 150 fixes, changes & improvements, full patch notes
https://www.dsogaming.com/patches/battlefield-2042-update-3-releases-tomorrow-will-have-over-150-fixes-changes-improvements-full-patch-notes/
EA and DICE have just announced that Battlefield 2042’s major third update will release tomorrow. In addition, the teams have revealed its huge changelog that you can find below.
>> The article is from yesterday, which means...

Aliens: Fireteam Elite scurrying into Season Two (and Xbox Game Pass)
https://www.pcgamer.com/uk/aliens-fireteam-elite-scurrying-into-season-two-and-xbox-game-pass/
Aliens: Fireteam Elite is a pretty alright game: not too ambitious, not too clever, but taking the swarm shooter blueprint from your Left 4 Deads and Vermintides and executing it well enough. Now, the co-op squaddie shooter is getting a Season Two launch on December 14.

Stardew Valley update 'futureproofs the game' with improved modding support
https://www.pcgamer.com/uk/stardew-valley-update-futureproofs-the-game-with-improved-modding-support/
A new Stardew Valley update just went live on PC, and while creator Eric Barone says it's not a biggie, it does make some significant changes for modders, also incorporates some quality of life changes, and fixes a handful of minor bugs.

After years of struggling against DDoS attacks, Titanfall is being removed from sale
https://www.pcgamer.com/uk/after-years-of-struggling-against-ddos-attacks-titanfall-is-being-removed-from-sale/
After years of struggling to combat hacks and DDoS attacks that at times have rendered Titanfall unplayable, Respawn Entertainment is throwing in the towel. The studio said in a message posted to Twitter that it is halting sales of the game today and will remove it from subscription services on March 1, 2022.

The most pleasant game of 2021 is now playable in your browser
https://www.pcgamer.com/uk/the-most-pleasant-game-of-2021-is-now-playable-in-your-browser/
Townscaper, the game where you poke little buildings into existence, is now available to play for free in your browser. The browser version scales the available space down to a more manageable level than its Steam counterpart, but contains the same procedurally generated towns.

Here's when Final Fantasy 14: Endwalker unlocks
https://www.pcgamer.com/uk/ffxiv-final-fantasy-14-endwalker-release-time-unlock/
If you want to know the Final Fantasy 14: Endwalker unlock time—and let's face it, who doesn't?—rest assured, you're in the right place. With the Early Access release less than 24 hours away, you should ensure you're fully prepared with your schedule cleared and the appropriate snacks on hand.

Icarus live-action trailer is all about what happens when things go wrong
https://www.pcgamer.com/uk/icarus-live-action-trailer-is-all-about-what-happens-when-things-go-wrong/
Icarus, the upcoming sci-fi co-op survival game from Day Z creator Dean Hall's Rocketwerkz, is due for release December 4, and in the runup has been releasing 'lore' videos showing the game's much more in-depth approach to narrative. The above features various survivors of the planet Icarus and representatives from the U.D.A. (the game's slimy corporation) as they discuss a prospecting team that met with disaster on the planet. It does a great job establishing the basic setup of foolhardy yet noble grunts entering an incredibly hostile environment for gold.

Deep Rock Galactic Season Two 'will be a bit less ambitious and will come out faster'
https://www.pcgamer.com/uk/deep-rock-galactic-season-two-will-be-a-bit-less-ambitious-and-will-come-out-faster/
With over 3 million copies sold and dozens of thousands of active players, co-op shooter-miner Deep Rock Galactic is kind of a big deal. So even if its much-anticipated Season 2 is still a few months away, we'll suck up any new information about it like an interplanetary dwarven miner sucks up alien eggs and gold.

How to fix the dreaded aim bug in Battlefield 2042
https://www.pcgamer.com/uk/battlefield-2042-mouse-not-working-bug/
Among the many fixes in the very large "Update #3" patch that rolled out for Battlefield 2042 this morning, some players are finding an unwelcome surprise: they can't aim. They can't move their mouse left or right, specifically. This makes it pretty hard to play a first-person shooter.
>> How, how the f*ck can you break something so simple and basic?!

And no, the heavily gimped 5000G series doesn't count as their budget tier. It's quite the shame that we have to look to Intel of all companies to provide us with good budget CPUs.

If GPU prices were normal, we would be laughing Intel out of the market. But because GPU prices are fucked, this will probably do well if priced right.

NVIDIA GeForce RTX 3050 rumored to feature 8GB RAM, might compete with Intel ARC A380 with 6GB 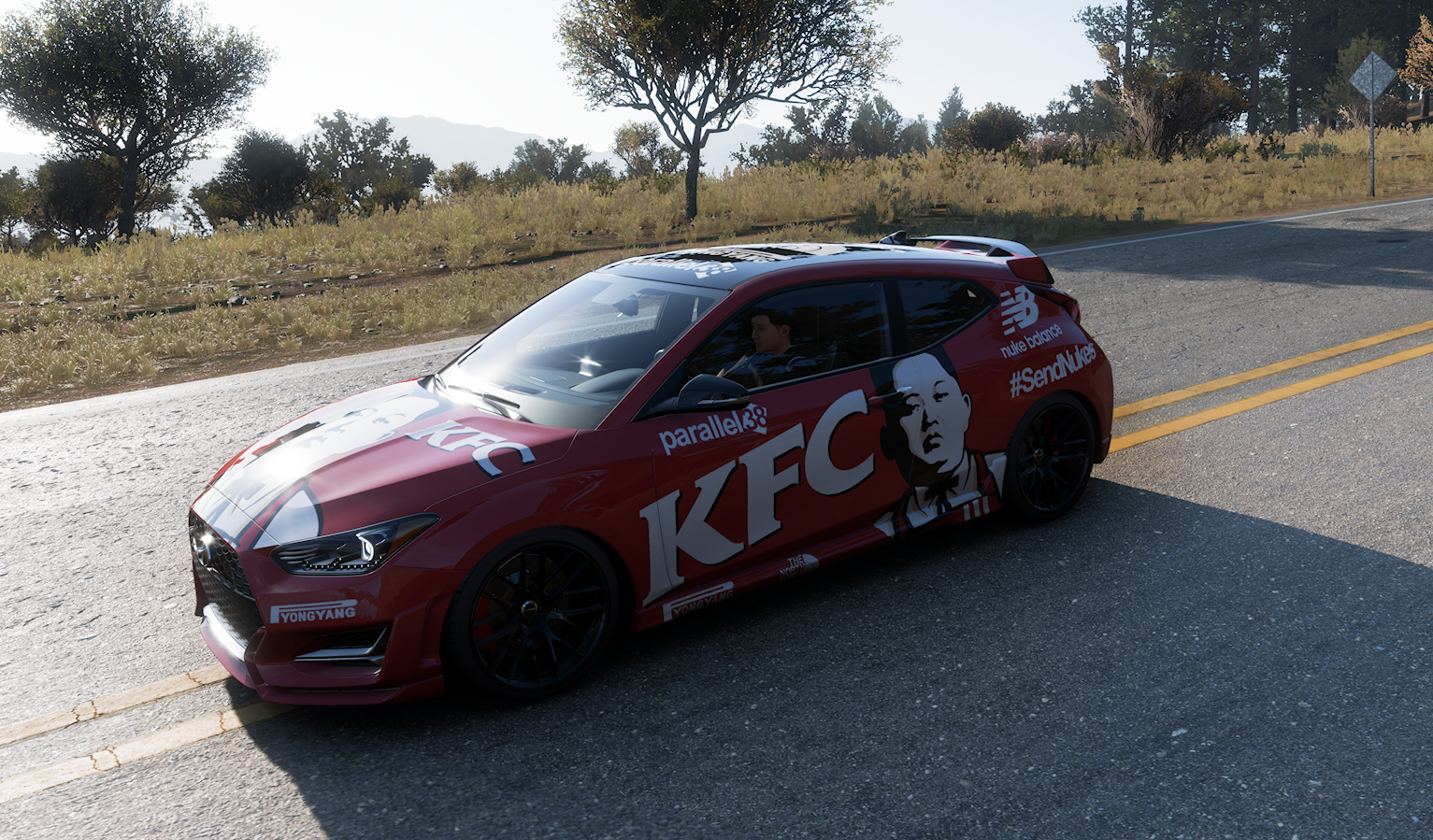 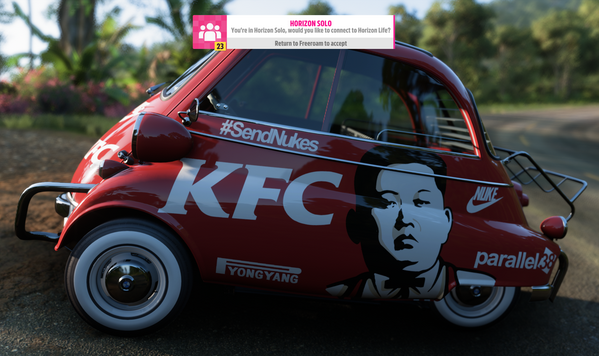 Indeed, it's a shame how AMD has abandoned the budget segment when, not so long ago, it was the only segment where they were competitive.

And look at them now, they no longer have the best mainstream chips nor the most affordable ones. They need Zen 4 "soon", or they'll be in a very difficult position.

It's worth noting that the Intel card should perform better than that, it's just that their drivers aren't ready and the card can't perform at its best.

Also, it's taken both Nvidia and AMD more than one year to start leaking info regarding their low end parts (the 3050 in one side and the 6400/6500 for the other). More than a year! Those cards will launch closer to the launch of the next architecture than the launch of their own one.

Guys, are there are any APU's equivalent to Series X/PS5. What kind of power are they packing. Someone was asking me what is cpu/gpu equivalent of these new consoles or APU.

CPU wise, there's plenty that's more powerful than the new consoles even at a cheap price. GPU wise, there's no APUs that are remotely close. You would need either a 2080 from last gen or 3060 Ti to get Raster performance or at least a 2060 Super to get Ray Tracing performance.

Neither AMD or Nvidia will make any GPUs that are competitively priced. Maybe Intel will but who knows.

5700G is like the best APU you can get for gaming, and you're going to get basically ps4 level performance on that (in terms of GPU power). There's no powerful APU available for the PC market, much to my disappointment.

Even modern AMD APU's for PC are still built on old tech (5700g is Vega GPU architecture I believe), though rumoured that the next generation of APU's will switch to RDNA2 so maybe there's some hope. But still I wouldn't expect to even reach Series S levels of GPU performance.

I'd love if someone would make a powerful gaming APU I could build a tiny PC with.