To be fair, No Man's Sky turned to be good in the end.

Pardon my ignorance but what is DSP? 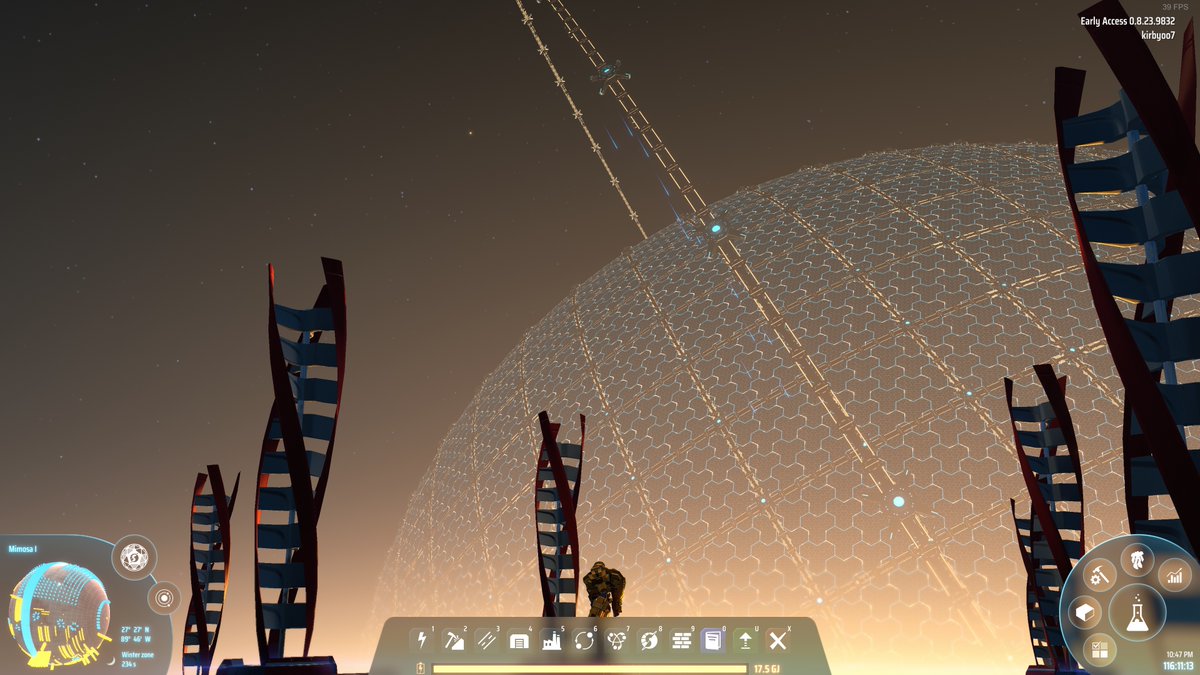 Last edited by green_sky - 6 days ago

Thanks. With so many titles shortened to acronyms, sometimes it's hard to know what games we're talking about.

Dead Cells has received an update and GOG celebrates that with a 40% discount until November 26: https://www.gog.com/game/dead_cells

Steam has several new daily deals and Midweek Madness deals... that will only last 24 hours because the Autumn Sale will begin by tomorrow's refresh. Oh, and there are also new weeklong deals!:

Take a look at the most realistic next-gen real-time face in Unreal Engine 5
https://www.dsogaming.com/videotrailer-news/take-a-look-at-the-most-realistic-next-gen-real-time-face-in-unreal-engine-5/
Ziva Dynamics has released a beta version of ZRT Face Trainer; a new machine-learning-trained cloud-based facial rigging. In order to showcase its capabilities, Ziva released a GIF that shows the most realistic human expressions you’ve seen in a real-time sequence.

Fans bring PS3’s MotorStorm Online Mode back to life
https://www.dsogaming.com/news/fans-bring-ps3s-motorstorm-online-mode-back-to-life/
Alongside Killzone 2, MotorStorm was the second game that Sony used to overhype PS3. (...)
Now as with most PS3 games, Sony has already closed the servers for MotorStorm. However, a team of dedicated fans has found a workaround so that you can, once again, play it online. Not only that, but PC gamers can use the Playstation 3 emulator, RPCS3, in order to join the fun.

Brutal Hell Royale is a battle royale mod for classic Doom that you can download
https://www.dsogaming.com/mods/brutal-hell-royale-is-a-battle-royale-mod-for-classic-doom-that-you-can-download/
Doom fans, here is something for you today. Modder ‘TRUDADDY’ has released a brand new version of Brutal Hell Royale. As its title suggests, this mod brings a battle royale mode to the classic Doom games.
Brutal Hell Royale is a multiplayer add-on for Brutal Doom, intended to run on Zandronum. It is meant for LAST MAN STANDING game mode. The rounds last for 1:30, but after 1:00 the (surviving) players are teleported to the same location to fight to the death.
>> Available from ModDB.

Someone is remaking Grand Theft Auto San Andreas from scratch
https://www.dsogaming.com/news/someone-is-remaking-grand-theft-auto-san-andreas-from-scratch/
Reddit’s member ‘MapEditorMaster’ is currently remaking Grand Theft Auto San Andreas from scratch in Far Cry 5’s Map Editor. According to the Redditor, this map will feature a portion of the GTA San Andreas map, and will have proper gameplay elements.
From the looks of it, MapEditorMaster has carefully avoided using any copyrighted material. As such, Rockstar and Take-Two won’t be able to shut this project down. And while this looks like GTA San Andreas, it does not feature any direct references to it. In short, Take-Two can’t really issue a C&D takedown.
>> It only covers a very small part of the map (there's a picture in the article highlighting this), but you can learn more here.

This mod adds “The Matrix” bullet time effect in Red Dead Redemption 2
https://www.dsogaming.com/mods/this-mod-adds-the-matrix-bullet-time-effect-in-red-dead-redemption-2/
Modder ‘WickedHorseMan’ has introduced a simple but cool mod for Red Dead Redemption 2. As the title suggests, this mod adds a “The Matrix” bullet time slow-mo effect in the game that players can use.
By using this mod, players can slow down the time and dodge bullets by sight or sound. Also, this mod does not feature any aimbot when using it, and does not show any fatal/critical region.
>> You can get this mod from Nexus Mods.

One week in, Halo Infinite modders are already remaking the game
https://www.pcgamer.com/uk/one-week-in-halo-infinite-modders-are-already-remaking-the-game/
Halo Infinite might have only come out last week. But Halo modding is an art going back decades, and it didn't take long for modders to crack 343's newest creation open.
In the game's first week, modding was fairly limited, and the game's Nexus Mods page is limited to mods that realised you can swap the game's loading screens out for any .mp4 you fancy. But over the last few days, a few more ambitious creations have appeared on Infinite's battlegrounds.
>> Check the article for the mods.

A patch for Skyrim Anniversary Edition is here to fix black screens and break your mods
https://www.pcgamer.com/uk/a-patch-for-skyrim-anniversary-edition-is-here-to-fix-black-screens-and-break-your-mods/
Today's patch for Skyrim, version 1.6.323, is mostly to address the black screen issue occuring when some players tried to launch the game or load modded saves. But the same patch may wind up sidelining your mods, just like the Skyrim Anniversary Edition did when it launched on November 11.

Obsidian's Josh Sawyer belts out Dolly Parton tribute to the 'Ultimate' Pillars of Eternity 2 player
https://www.pcgamer.com/uk/obsidians-josh-sawyer-belts-out-dolly-parton-tribute-to-the-ultimate-pillars-of-eternity-2-player/
In 2019, Obsidian added a "final God Challenge" to its then year-old RPG Pillars of Eternity 2: Deadfire called The Ultimate, which made the game much more difficult to complete—so difficult, in fact, that the studio promised to engrave the names of the first 12 people to complete it on a plaque hanging in its offices. As is often the case, players began knocking off the virtually impossible challenge in short order, and by early 2021, 11 of the 12 slots on the plaque were filled.

How to watch the Golden Joystick Awards 2021
https://www.pcgamer.com/uk/how-to-watch-the-golden-joystick-awards-2021/
The 39th Golden Joystick Awards are upon us, and it's an extra-special show, celebrating 50 years of videogames. Here's all the info you need on how to tune in and exactly when everything is happening.
The Golden Joystick Awards 2021 are taking place tonight, November 23, kicking off with a pre-show at 9:30 pm GMT / 4:30 pm EST / 1:30 PM PST. The best places to peep the ceremony are over on Twitch or YouTube, but you can also tune in through Facebook, Twitter or on the GamesRadar+ website. We've even popped it right below for you if you're lazy like me.

Walk around your Townscaper creations in first-person, in your browser
https://www.pcgamer.com/uk/walk-around-your-townscaper-creations-in-first-person-in-your-browser/
Townscaper is delightful. But what could be more delightful than dropping from that architectural birds-eye-view to walk down the cobbled streets of your own creations?
Thankfully, urban planner Meli Harvey has given us the opportunity to do that with a free browser toy, Threescaper. Earlier this year, Townscaper received an update that let you export your creations as .obj 3D model files. Plug that file into Threescaper, and you're free to take a walk through that town with rudimentary first-person controls.

JPR: AMD and Intel GPU shipment decreased by 11% and 26% respectively from last quarter, NVIDIA increased by 8%

It's interesting how last year, we were a bit annoyed that Nvidia went with Samsung instead of going with TSMC. In retrospec however, it was absolutely the correct move. 83% in dGPU market share is insane vs AMD's 17%! But the problem with Lovelace/RDNA 3 is the fact that they are both on the same node so if the mining continues... Well... Good Luck getting one!

Probably a Steam release due to SteamVR.

It's also interesting how much market share Intel lost, because all those were from low CPU sales. We'll have to wait and see if Alder Lake changes that trent.

Noticed that Reef Entertainment added Cameron's ancient Skynet Centurion model into the new DLC for Terminator Resistance. It was just a mere single drawing from way back in the 80's, and Cameron himself never did add the design into any of the films (or TV series), so I'm stoked to see this thing in action. 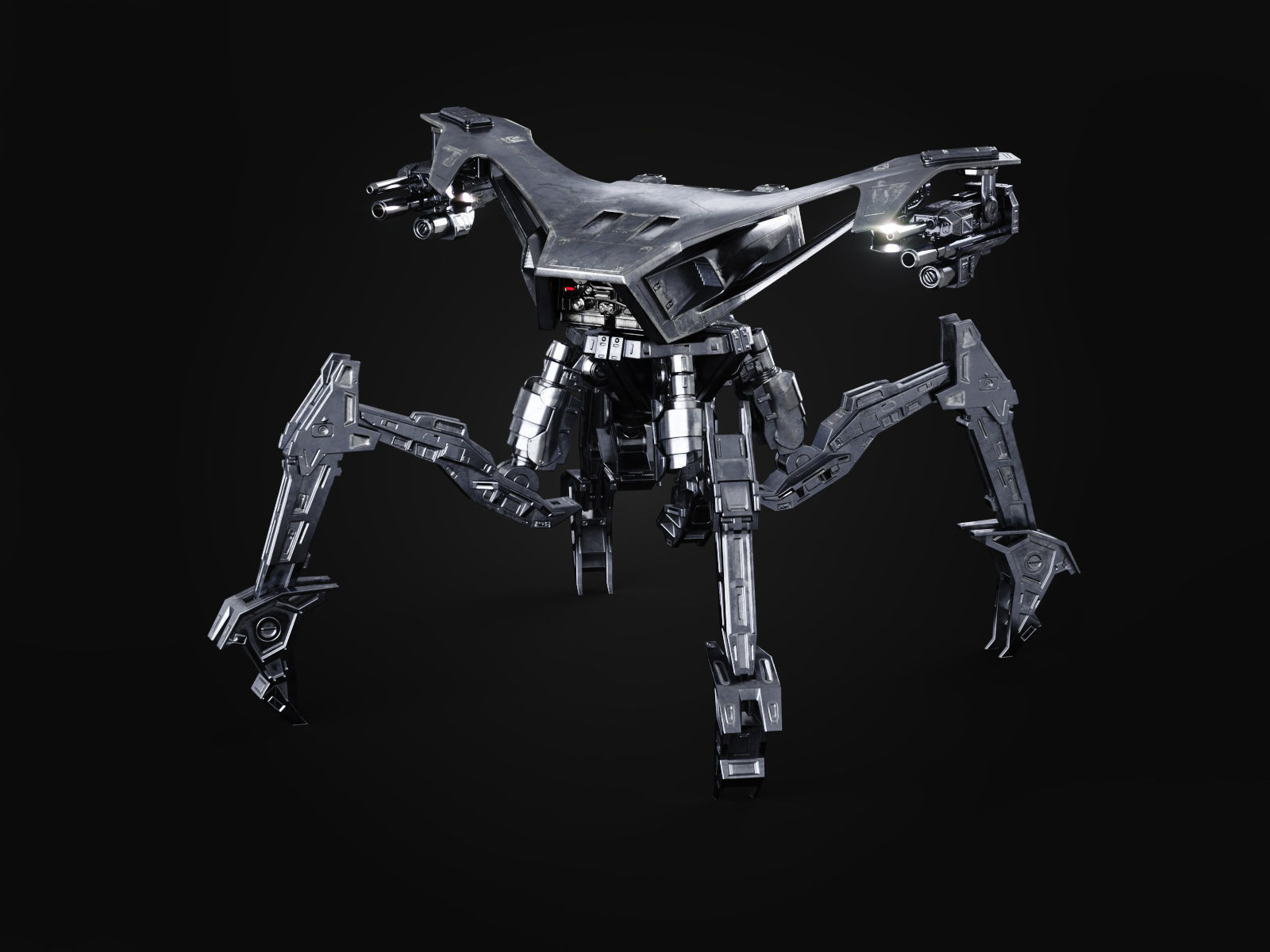 Now this, this has my excitement and attention.