Oo Phoenix is a good candidate for a new laptop.

Here's something interesting regarding 6000 series and Ray Tracing from DF's weekly talks.

They discuss how the top tier 6000 series seems to perform similar to Turing in the new Cyberpunk patch when you have RT Ultra enabled. Now the interesting thing is what Alex says.

Developers have more programmability when it comes to BVH Traversal aspect on RDNA 2 cards on the consoles thanks to their low level access. While it's very use case dependent, it can certainly help with the performance if the developers can optimize for it since you can see ps5 being quite capable in Spiderman. The kicker is that on the PC side, while RDNA 2 supports it at a hardware level... Neither Direct X Ray Tracing or Vulkan Ray Tracing currently allows this. So it's something that will probably not happen on PC for a while and no one knows how much that will help.

This kinda reminds me of that whole "Mantle" situation that AMD tried to do way back when. They had issues with Direct X 11 performance but if developers specifically coded for Mantle which was AMD's low level API, they could have had quite a nice performance boost. The problem is, on the PC space, majority of the devs choose Direct X 11 as that would cover both GPUs. And since Nvidia's market share was huge, there wasn't much incentive to do so.

We will see if AMD can get Microsoft or Kronos Group to enable such programmability for their cards on the PC side anytime soon. And of course, the age old question of... Whether or not the devs will bother outside of AMD sponsored titles.

It's a real shame that Vulkan hasn't really taken advantage of the Mantle API that they got from AMD to gain some ground in the game space, because almost no one uses Vulkan anymore, they all moved to DX11/12.

And I'm not sure AMD will try to come up with something of their own this time given that they already hav etheir hands full trying to come up with a good competitor to DLSS. If it comes from MSoft or Kronos then great, but, like Yuri said, we shouldn't expect anything like that except from the occasional AMD sponsored title every now and then. 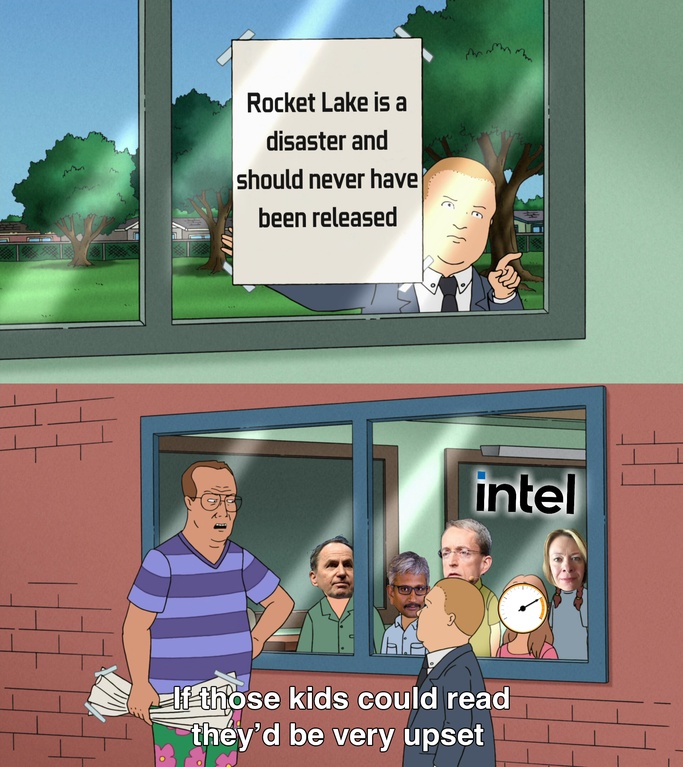 RTX Voice is being superseded by Nvidia Broadcast. Whats interesting is with 410.18 drivers it doesn't require RTX cards and Works on older cards up to Keplar (GTX 600). Which is pretty awesome.

Update: tried on my 1070 and latest drivers and won't install :(

Certainly good news for Nvidia users. Surprised Nvidia even opened it up but I suppose locking it to RTX cards in the current GPU climate would hinder adoption. The technology is interesting but I never used it.

Yeah hopefully they'll support it with more upto date drivers on GTX cards since they're still so widely used. RTX Voice, from the demo's I've seen/heard is pretty amazing. Like, they way it extracts your voice from loud environment/s. Discords own built in one one works quite well (for me) too but I'm assuming dedicated hardware will be a lot better.

Only issue is that its quite GPU intensive meaning it might impact performance quite a bit on older cards. Still, a nice option to have is better than none!

Funny you mention mantle, since it's at the same source as the weakness of current NVidia cards with older and weaker CPUs.

Back in those days, NVidia had a better scheduler, and it was running on the CPU instead of the GPU, freeing up even more ressources. Those were the days where a 4c/4t i5 was largely enough and even a 2c/4t i3 was pretty sufficient for gaming. AMD then brought in Mantle as a low-level API to get closer to metal and rendering it's weakness moot. Microsoft also felt inspired and made DX 12 much more low-level than previous iterations. The result of all this: Nvidia suddenly fell behind in DX12 titles because of their scheduler not being apt for it.

Now, instead of adapting and letting the API schedule everything, NVidia overhauled it's scheduler to keep up and to keep their advantage in DX 11 titles. The problem: To do so, it started needing a substantial amount of CPU cycles, which is at the heart of the current problem: Due to needing so much CPU time, a computer with an NVidia GPU hits the CPU limits much earlier than with a Radeon GPU, the more so the bigger the GPU is.

It took close to 10 years, but AMD turned their scheduling weakness into an asset now. Let's see if they can do a similar thing with raytracing now...

It is quite funny how the tables have turned in that sense.

Steam has a new deal and also a new array of weeklong deals:

The Humble Store has a new VR Sale, with up to 95% discounts during the next 6 days: https://www.humblebundle.com/store/promo/vr-sale/

Fanatical has a new bundle: the Fanatical Favorites BYOB, with 21 games to choose your 2, 3 or 5 games bundle https://www.fanatical.com/en/pick-and-mix/fanatical-favorites-build-your-own-bundle

Grand Theft Auto San Andreas gets a PS4 Spider-Man Mod
https://www.dsogaming.com/pc-performance-analyses/grand-theft-auto-san-andreas-gets-a-ps4-spider-man-mod/
Modder ‘J16D’ has released a new version of his PS4 Spider-Man mod for Grand Theft Auto San Andreas. As the title suggests, this mod will allow you to become Spider-Man and explore the city of GTA San Andreas in different ways.
Version 1.9 Beta packs new animations, Main Menu, and a new HUD that are based on Spider-Man PS4. In addition, this latest version packs four different events and new map locations. Not only that, but it features music ambient, as well as different music tracks for each case.
The modder has also implemented a number of gameplay tweaks and improvements. For instance, the mod now has a new fighting system, as well as Webstrike & Webstrike takedowns. Furthermore, it comes with a Dodge feature, and has Life regeneration.
Lastly, V1.9Beta has new Gadgets (8 in total) and new Suit Powers (12 in total).
>> You can get it from ModDB.

This mod for The Witcher 3 adds a new standalone quest
https://www.dsogaming.com/mods/this-mod-for-the-witcher-3-adds-a-new-standalone-quest/
Modder ‘nikich340’ has released a new standalone quest for The Witcher 3, called A Night to Remember. Created with the Radish Modding Tools, this custom quest continues Orianna’s story after the events of Blood & Wine.
As the modder noted, A Night to Remember is a completely new adventure featuring characters new and old. This mod comes with new writing, cutscenes, voice acting, assets, and a special reward.
>> Available at Nexus Mods.

Morrowind Rebirth mod celebrates 10 years of huge updates with a huge update
https://www.pcgamer.com/morrowind-rebirth-mod-celebrates-10-years-of-huge-updates-with-a-huge-update/
Morrowind Rebirth began as a project intended to reinvigorate longtime players of Morrowind by changing up the layout of major locations, but over time it became a total rework of the settlements, making them feel more natural, visually consistent, and alive. And with update 5.4, modder trancemaster_1988 is celebrating 10 years of ongoing updates with a huge list of changes.
Sadrith Mora has way more NPCs walking around. The Caldera's surrounding landscape has been reshaped to look more realistic. Vivec has a city gate now, and Balmora's interiors have been redesigned. These are just a few of the dozens of major changes, and on top of the 10 previous years of tweaks and updates, Rebirth truly does live up to its namesake.

Fight through a demo of cyberpunk Half-Life 2 mod NeoTokyo Kshatriya
https://www.pcgamer.com/fight-through-a-demo-of-cyberpunk-half-life-2-mod-neotokyo-kshatriya/
Remember NeoTokyo? It was a futuristic multiplayer game that started life as a mod before earning a standalone release on Steam all the way back in 2014. The Neotokyo developers went onto work on some cool projects. Artist Leri "pushBAK" Greer since moved on to work for Weta Workshop and turned his talents to creating concepts for the Ghost in the Shell live action movie, and composer Ed Harrison went on to create music for Deus Ex.
The game also inspired modder SerygalaCaffeine to build a Half-life mod to celebrate NeoTokyo's gritty universe. It promises to be "a crossover between the Universes of Kshatriya and NeoTokyo Source" created with Greer's blessing, and you download a demo featuring the first three levels from ModDB.

Valheim Legends mod adds 6 character classes including mage, druid, and ranger
https://www.pcgamer.com/valheim-legends-mod-adds-6-character-classes-including-mage-druid-and-ranger/
Heads up, Valheim Vikings! You don't need to be just a Viking anymore. If you're looking for a new way to play the co-op survival sandbox, can I interest you in some new character classes?
The Valheim Legends mod adds 6 different character classes to Valheim, and each has a trio of special abilities. The Ranger, for example, gets a buff to stealth, which includes greater speed while crouching and a 'power shot' ability that gives your next few ranged attacks additional damage. Plus, Rangers can summon a wolf companion for a short period of time. The Mage, meanwhile can sling fireballs as a ranged attack and summon an ice shield that freezes and damages enemies in melee range, as well as call down meteor strikes on a targeted area.

One of Doom 2's coolest mods reimagines Eternal as way more complex and empowering
https://www.pcgamer.com/one-of-doom-2s-coolest-mods-reimagines-eternal-as-way-more-complex-and-empowering/
Doom EXP's 2.5 update adds the Cryobow and introduces two new elemental attacks, which takes it from Doom Eternal demake to remake to—well, whatever you'd call a demake, remake, and spiritual sequel rolled in one. Let's make up a word for that sometime.
Doom EXP began as an experience-giving mod, a simple layer to give existing Doom 2 mods their own sense of progression, but when Eternal was announced, the mod transformed into an odd projection of the then unreleased Doom game.

Celeste Classic is a whole lot easier with a Portal gun
https://www.pcgamer.com/celeste-classic-is-a-whole-lot-easier-with-a-portal-gun/
Bringing Portal's handheld wormhole device into Celeste might make platforming a breeze, but there's something altogether more sinister about this Aperture-sponsored mountain hike.
A self-described "Portal demake disguised as a Celeste Classic mod", Caroline reworks the latter's platforming puzzles into a series of Portal-style spatial challenges. Currently available as a free demo on Itch, Caroline offers a good dozen or so stages to push through—and while they're a little on the easy side, it's fascinating to see Celeste used as a vessel to demake Valve's puzzler.

Hubris is a new VR sci-fi action adventure game, coming to PC in Q4 2021
https://www.dsogaming.com/news/hubris-is-a-new-vr-sci-fi-action-adventure-game-coming-to-pc-in-q4-2021/
Cyborn B.V. has announced a new VR sci-fi action-adventure game, called Hubris. Hubris will be coming to PC in Q4 2021 and in order to celebrate this announcement, the team also released its debut gameplay trailer.