GN is only YT channel I subscribe to and watch regarding hardware reviews, for their knowledge and consistent and honest testing methodology...very informative video.

Yeah saw that. 93c on the probe for the RAM, which isn't great but within specifications. Hopefully there aren't any issues in the future.

~70C is pretty decent for the SOC. And looks like removing the side panels reduces temps by 5C as well, which is interesting.

In any case, there is room for improvement in thermals by adjusting the fan speed. Its a 30W one which is pretty insane. In any case I'm sure these consoles are tested in numerous test beds and conditions over the years.

I wouldn't call them disappointing and, if someone actually feels like that, it's more because he/she had unrealistic expectations.

AMD has managed to go from fighting with the 2070 with their best cards (5700XT and Radeon VII) to go head to head with the 3080 in most cases, and it's worth keeping in mind how everyone praised Nvidia for how big was the performance jump from Turing to Ampere. There's nothing disappointing in that.

Do the cards have the same features and Nvidia? No, not yet. Are they a bit overpriced? Most definitely, a 50 $/€ cut would do wonders. But overall they are very impressive products that can finally compete against Nvidia in most apples to apples comparisons.

Interesting video, Marth. PS5 users should expect a firmware update soon to make those fans spin a bt faster, and we should see some side panels from third parties with extra ventilation holes.

It will be interesting to see how the XsX perform with the more compact tower design.

By the way, in an interview with PCWorld, AMD revealed that it's working with both Intel and Nvidia to bring SAM to those platform as well. It starts at 34:50:

That‘s why most new hardware is launched in autumn

At the Humble Store the Fall Sale keeps going, until December 1st.

And Fanatical has two sales:

This 3.2GB Mod for Fallout 4 overhauls all of its landscape textures
https://www.dsogaming.com/pc-performance-analyses/this-3-2gb-mod-for-fallout-4-overhauls-all-of-its-landscape-textures/
Modder ‘Pfuscher’, best known for his amazing HD Texture Pack for Skyrim, has released a brand new HD Texture Pack for Fallout 4. As the title suggests, this mod overhauls almost all of Fallout 4’s landscape textures.
Going into more details, Pfuscher upscaled the diffuse (basic) textures by four times. And, in case you’re wondering, the normal maps and spec/gloss maps are the same as vanilla in size.
>> You can get this mod from Nexus Mods.

Alpha gameplay teaser trailer released for Star Wars Dark Forces Fan Remake in Unreal Engine 4
https://www.dsogaming.com/videotrailer-news/alpha-gameplay-teaser-trailer-released-for-star-wars-dark-forces-fan-remake-in-unreal-engine-4/
Back in August 2020, we informed you about an unofficial remake of Star Wars Dark Forces in Unreal Engine 4. And a few days ago, Shadow Art Games released an alpha gameplay teaser trailer for it. This teaser trailer will give you a glimpse at the current state of this fan remake.
According to the team, this remake is still in a very early stage. Shadow Art Games plans to add more props and fill out the base in future versions. Additionally, its next video/trailer will feature the outside perimeter.

Your Sims can play Cyberpunk 2077 right now, even if you can't
https://www.pcgamer.com/your-sims-can-play-cyberpunk-2077-right-now-even-if-you-cant/
Let's face it: your Sims in The Sims 4 probably have a better life than you do. Maybe they occasionally wet their pants and fall asleep face-down on the sidewalk, but typically they've got bigger houses, nicer furniture, more fashionable clothing, and more opportunities for WooHoo than the average flesh and blood person.
But when it comes to PC games, we've got them beat. Your sims are stuck with generic computer games like Blicblock, Road Rival, and Incredible Sports, which all sound terrible. It looks like they're having fun when they play, but that's only because they don't know the coolest PC games are out here in our dimension.
Until now. The Better Computer Games mod gives your Sims some genuinely good games, plus a sweet PC for them to play on. The PC comes with GTA 5, Sekiro: Shadows Die Twice, Forza Horizon 4, Persona 4 Golden, League of Legends, and Monster Hunter: World. Hell, your lucky Sims can even sit down and play Cyberpunk 2077 right now, which is more than I can say for the rest of us.

Comanche Multiplayer is now free to everyone
https://www.dsogaming.com/news/comanche-multiplayer-is-now-free-to-everyone/
THQ Nordic has announced that the Multiplayer Mode for Comanche is now available for free. Everyone can simply download this new additional version of the game, familiarize him or herself with the game in the brand new tutorial, and start competing online against other pilots from all over the world. Moreover, the Comanche multiplayer experience will be completely free and will offer the full multiplayer content.

GTA Online's next heist arrives December 15, takes you to an island paradise
https://www.pcgamer.com/gta-onlines-next-heist-arrives-december-15-takes-you-to-an-island-paradise/
The temperature's dropping, the days are getting shorter, but nobody's going on a sunny winter break anytime soon. Except, of course, the criminal syndicates of Grand Theft Auto Online, whose next heist will take us to tropical shores for an unseasonably warm adventure in The Cayo Perico Heist next month.

New lore video explains how the heck The Brotherhood of Steel are in Fallout 76
https://www.pcgamer.com/new-lore-video-explains-how-the-heck-the-brotherhood-of-steel-are-in-fallout-76/
Prequels are a tricky business, as established lore and events can sometimes conflict with new story elements and quickly muck up our understanding of the timeline. Like, how could Princess Leia remember her mother, as she said in Return of the Jedi, when her mother died the moment she was born in that trash-fire of a Star Wars prequel?

The original Titanfall makes a surprise appearance on Steam
https://www.pcgamer.com/the-original-titanfall-makes-a-surprise-appearance-on-steam/
(...)
Electronic Arts has changed tack since then, however, and over the past year has finally begun returning its games and its services to Steam. As of today, the original Titanfall is among them: The Titanfall Deluxe Edition, which includes the base game and the Expedition, Frontier's Edge, and IMC Rising DLC packs, is currently available for $10—60 percent off the regular price—until November 25.
>> Be wary that it has an audio bug, with a fix.

Cyberpunk 2077 players can get a free 'Wolf School' Witcher jacket to wear in the game
https://www.pcgamer.com/cyberpunk-2077-players-can-get-a-free-wolf-school-witcher-jacket-to-wear-in-the-game/
Players who link Cyberpunk 2077 to their GOG accounts will be given a very nice-looking Wolf School jacket to wear in the game, featuring the logo made famous by CD Projekt's other RPG series, The Witcher. Owning The Witcher games or Gwent (which you might as well pick up, since it's free) will get you other items and cosmetics including, based on the tweet below, some tasteful t-shirts, a sword, and an Arasaka virtual plushie.

Desperately repair your failing spacecraft in Tin Can
https://www.pcgamer.com/desperately-repair-your-failing-spacecraft-in-tin-can/
Do you really like diagnosing tech support issues and failed hardware components while your life is on the line? Do you also really, really enjoy the 1995 Tom Hanks movie Apollo 13? Because I enjoy both and developer William Burke has pretty much tailor-made Tin Can specifically for me.

Nuketown 84 easter egg leaks ahead of map's release for Call of Duty: Cold War
https://www.pcgamer.com/nuketown-84-easter-egg-leaks-ahead-of-maps-release-for-call-of-duty-cold-war/
There's a long history of slick easter eggs on the Call of Duty: Black Ops series' signature Nuketown map, and it looks like Call of Duty: Black Ops - Cold War is no exception. Though the map doesn't release to the public until November 24th, a player has managed to glitch into a custom game and load up the new map. Cold War's Nuketown 84 has a post-apocalyptic 1980s theme.
>> Oh, and now you can have Doritos in the game...

Survival MMO Last Oasis moves to Season 2 with major updates and changes
https://www.pcgamer.com/survival-mmo-last-oasis-moves-to-season-2-with-major-updates-and-changes/
Giant wooden walkers and ever-encroaching desert survival game Last Oasis has released a large new update, the Season 2 or "Commerce Update," revamping a lot of the game to address community concerns. The updates are intended to strengthen the experience of the game for smaller player groups and solo players, preventing some exploitative player behavior, and allowing players to move their more-permanent stone structures from place to place.

A surprise Dead Cells update is coming in December
https://www.pcgamer.com/a-surprise-dead-cells-update-is-coming-in-december/
After a few months of relaxed silence from developers Motion Twin, Dead Cells is getting a new update next month—its 20th since launch in 2018. The new update will release in mid-December and will include "little stocking fillers to keep you entertained for a bit longer" like a new weapon, new enemy, new lore room, new skins, new things to eat, and "A few other changes that we're still testing so we can't confirm them yet."

Someone got hold of Cyberpunk 2077 early and streamed 20 minutes of it
https://www.pcgamer.com/someone-got-hold-of-cyberpunk-2077-early-and-streamed-20-minutes-of-it/
Though Cyberpunk 2077 doesn't release until December 10, while CD Projekt Red continues working on the day-one patch there are physical copies sitting on shelves in warehouses. Except for one copy, which made its way into the hands of some players who streamed 20 minutes of the open-world RPG's opening last night.

Marvel baddie Galactus ends Fortnite Season 4 on December 1
https://www.pcgamer.com/marvel-baddie-galactus-ends-fortnite-season-4-on-december-1/
Fortnite's current season is set to end with a bang on December 1, this time delivered by Marvel villain Galactus. The Nexus War event, which brought many Marvel characters to Fortnite, will end with the customary obliteration of the map, and there is no one better to trigger it than a villain that literally eats planets to keep alive.

Activision granted patent for system allowing players to share Call of Duty loadouts
https://www.pcgamer.com/activision-granted-patent-for-system-allowing-players-to-share-call-of-duty-loadouts/
In September last year Activision applied for a patent named 'Systems and methods for customizing weapons and sharing customized weapons via social networks', listing the inventor as one David J. Vonderhaar, the lead multiplayer developer at Treyarch. On November 17 2020 this patent was granted (thanks, GameRant).

Cyberpunk 2077 will let players toggle copyrighted music on or off
https://www.pcgamer.com/cyberpunk-2077-will-let-players-toggle-copyrighted-music-on-or-off/
CD Projekt has announced that Cyberpunk 2077 will arrive with a "disable copyrighted music" toggle, enabling players to go through the game without hearing that portion of in-game tracks which, if streamed or recorded, could result in copyright strikes and takedown notices. This follows consternation among streamers in particular that they might have to play one of the year's biggest games without the soundtrack.

Dragon Age creative director Mike Laidlaw founds new studio with EA and Ubisoft veterans
https://www.pcgamer.com/dragon-age-creative-director-mike-laidlaw-founds-new-studio-with-ea-and-ubisoft-veterans/
Mike Laidlaw, former creative director for the Dragon Age series, has founded a new studio in Québec City with Thomas Giroux, Jeff Skalski, and Frédéric St-Laurent B. Each is a game industry veteran with over 15 years of experience.

Tell that to the Australians and New Zealanders

Always amusing when Tech Jesus shows how other channels are doing it wrong. That memory temp is quite high but because the fan has quite a lot of headroom and I am assuming Sony is prioritizing noise so I am not very worried. If the fan didn't have much headroom, then I'd be worried.

Still it could have been better of course. Overall good effort for the ps5 imo. 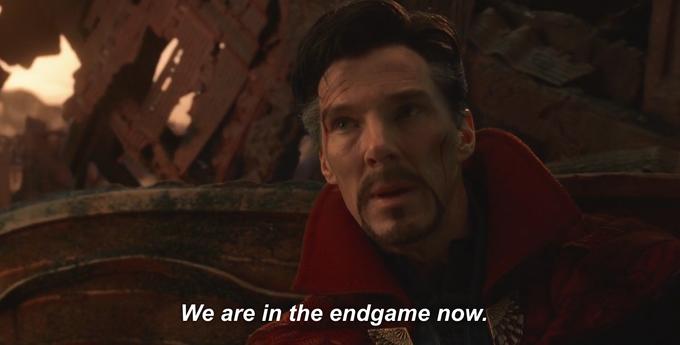