Loll the 5900X is still a fantastic CPU that can run circles around 5800X in production, has the best bang per core and can beat the 5800X in various games so I wouldn't worry :P 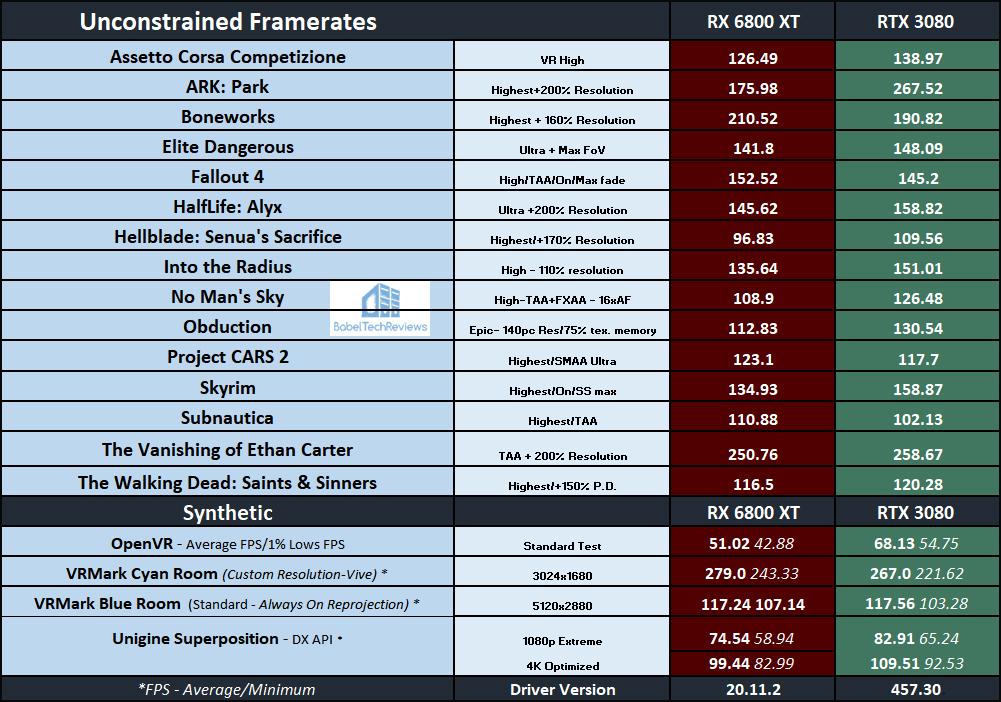 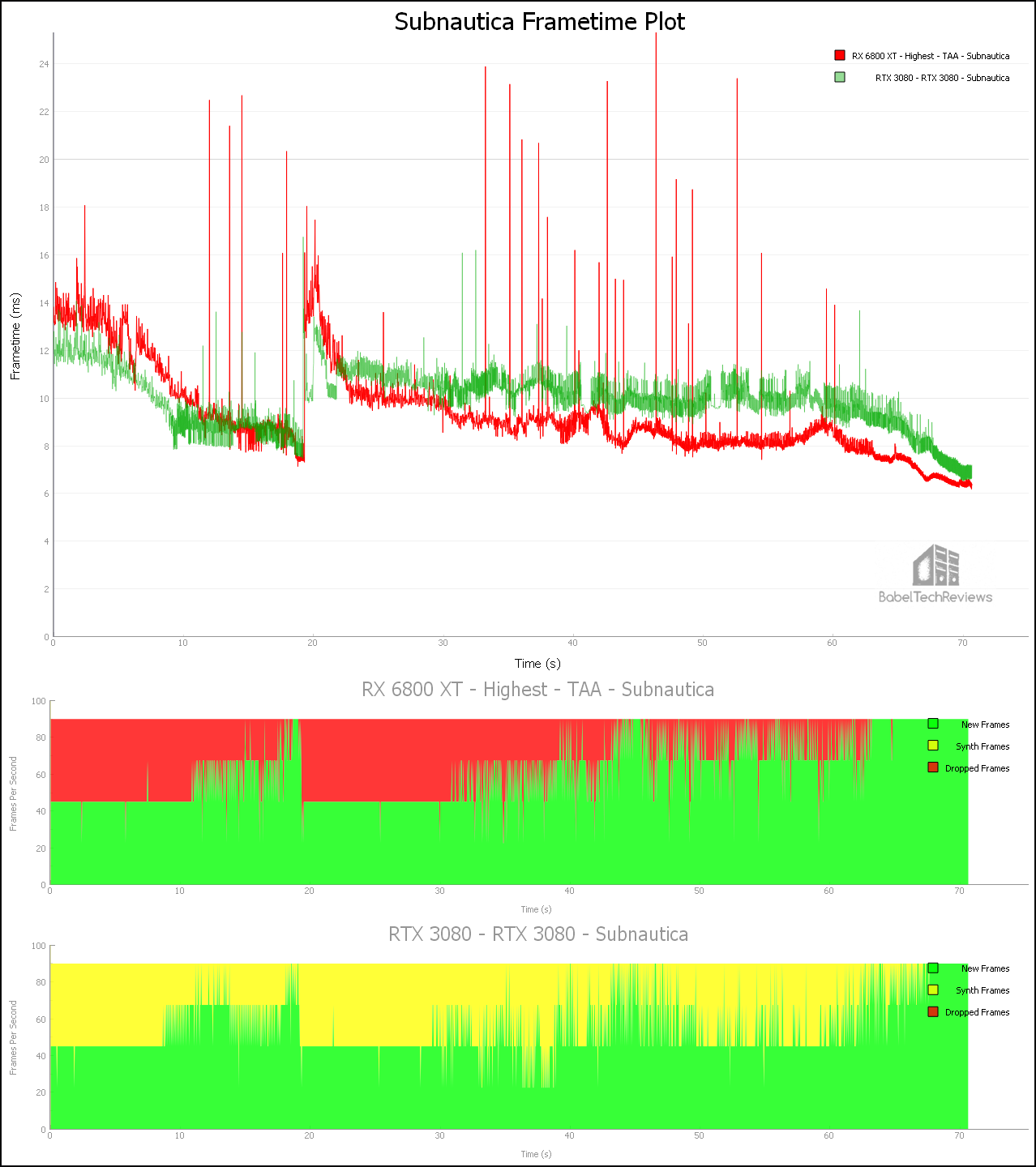 What are synth frames?

Frame reprojection to keep framerates steady at 90 FPS (or 80 FPS or 120 fps, depending on the VR headset).

If a GPU can output a frame every 11 milliseconds, 100% would be "new frames" (green). If some scenes are more complex and the game needs 11 - 22 milliseconds, a whole frame will be dropped and the user sees 22 milliseconds the same image without adapting to his changed head position.

If the GPU needs 22 -33 milliseconds, two whole frames will be dropped and the user sees 33 milliseconds the same image without adapting to his changed head position.

There are some similar frame reprojection methods for PSVR, SteamVR, OculusVR and some other VR platforms, f. e. ASW (asynchronous space warp) for the Oculus devices.They deliver a smoother VR experience.

If the GPU needs 11 - 22 milliseconds, the missing frame will be replaced by the same frame as before BUT adapted to the head movement. But it needs also a few milliseconds for that reprojection and if there ain't enough time, the frame will be dropped instead of reprojected.

So the Radeon doesn't produce such synth frames yet, but it's not a hardware problem per se and rather something that could be fixed with a driver update, if I understand correctly?

welp if retail copies are out in the wild, tread lightly to avoid spoilers 😶 pic.twitter.com/fPqTkTv0Cq

Retail copies of Cyberpunk (PS4) out in the wild. Looks like no more delays!

The Radeon also produce synth frames (if it has enough time). If they had chosen a bit lower settings for Fallout 4, No Man's Sky and Subnautica, frame reprojection probably would have worked.

It worked for Hellblade most of the time: 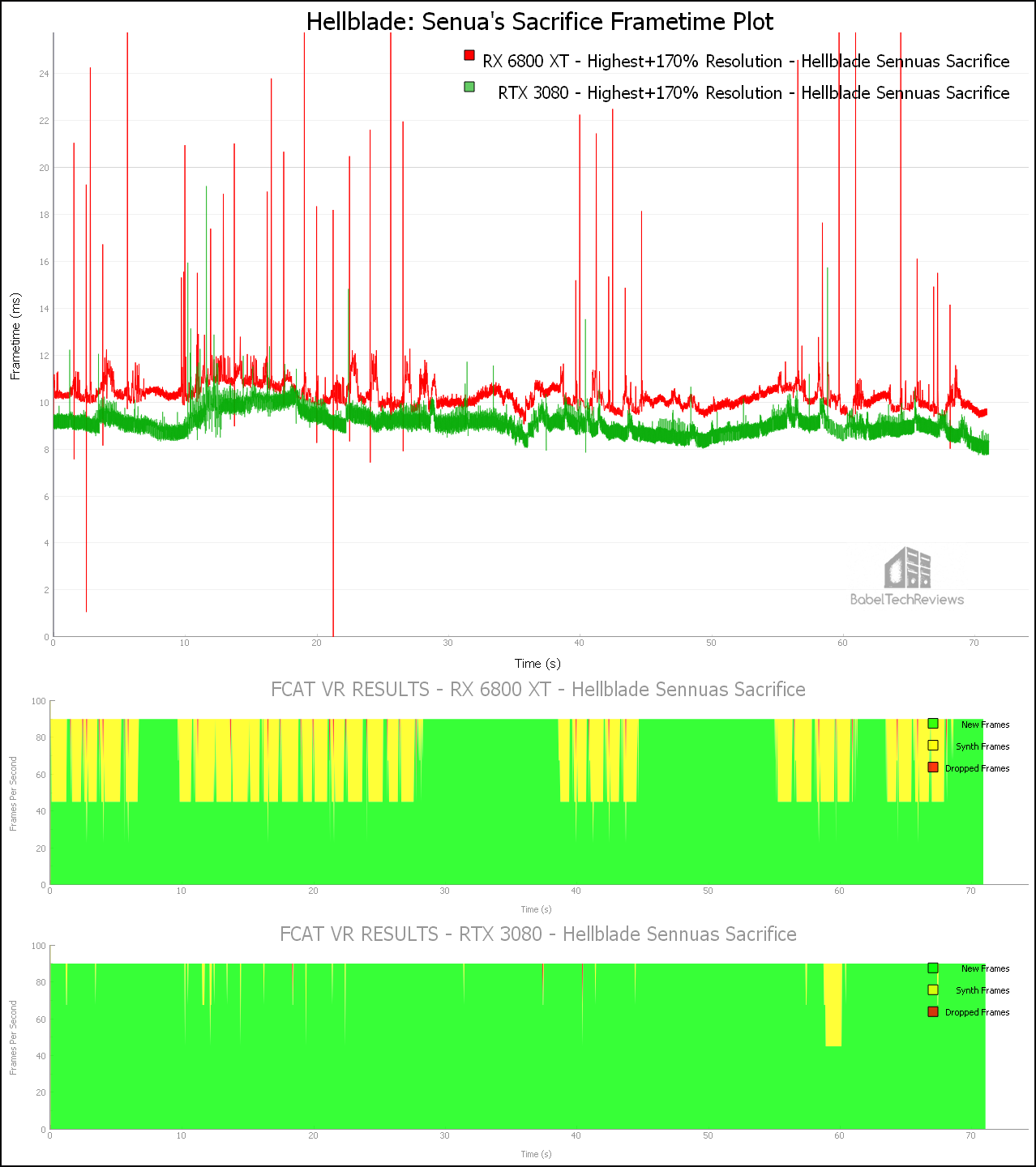 Feels like the 6000 series will not age well. They're already bad at complex and high resolution games. There is absolutely no way anyone should buy those cards. RDNA3 is gonna be so much better and if you really need a card right now there are Nvidia cards. The 6000 series really feels like Ryzen Gen1.

I wouldn't say bad at higher resolutions. Rasterization is pretty much on par at 4k and is scales better at 1440P, its just the RT performance which is a bit eh. RDNA 3 isn't a bad shout, or waiting it out for Nvidia's 7nm cards.

This new console generation means a tonne of bad ports.. so heavy brute forcing is going to be the way. Idd about the feeling of Ryzen gen 1, it a good product and competitive in a lot of ways, but not the home run. And with RT being prevalent in the next generation of games this seems like a stop gap until RDNA 3 comes out.