It's been years since I played them but, unless my memory is worse than I thought, that trailer features scenes from not only Crysis but also Crysis Warhead, and Crytek denied the rumors about Warhead being included in the remaster.

And it's hard to judge the quality of the graphics from the video, it's quite compressed and only 720p. It doesn't look bad, but it's not mindblowing either.

The Humble Store has a new Plug in Digital Sale, with up to 90% discounts during the next 6 days: https://www.humblebundle.com/store/promo/plug-in-digital-sale/

Windows 10 May Update could boost your gaming performance for free
https://www.pcgamer.com/windows-10-may-update-could-boost-your-gaming-performance-for-free/
AMD and Nvidia have released new drivers adding support for a feature Microsoft introduced with the May 2020 update of Windows 10, an update that still isn't available to everyone. The feature in question is Hardware-accelerated GPU scheduling (HAGS for short), and it basically passes memory management control from the CPU to the GPU. That should theoretically free up the CPU a little and can potentially equate to an small performance boost.
Any boost you might see will be dependent on the hardware you have at your disposal though. According to various early reports it seems to help budget oriented hardware more than those on the bleeding edge. There's a chance that game performance can be negatively impacted too, as former PCG hardware guru, Jarred Walton, discovered over on Tom's Hardware when he tested Nvidia GPU Hardware Scheduling with AMD and Intel CPUs.

Persona 4 Golden mod restores cut Yosuke romance
https://www.pcgamer.com/persona-4-golden-yosuke-romance-mod/
A long-lost romance in Persona 4 Golden is making its debut on PC, and all thanks to a modder. The Yosuke Romance mod is still pretty far from release, but it will restore a voice line discovered in the original Persona 4 Golden files on Vita into a scene where Yosuke admits his deep affection for the player protagonist.
The cut scene is particularly notable due to the Persona series' lack of explicitly queer relationship options otherwise. Take a look at the video above to see the work-in-progress version of the mod in action. While the voice line triggers correctly, the written dialogue still doesn't match. Done or not, you can give the mod a try, just to see how it works.

Don't Slay the Spire, defend it! This mod turns you evil so you can fight the invading heroes
https://www.pcgamer.com/dont-slay-the-spire-defend-it-this-mod-turns-you-evil-so-you-can-fight-the-invading-heroes/
Instead of fighting your way to the top of the Spire to slay it, how about starting at the top and fighting your way down to protect it from invaders? That's the idea behind the Slay the Spire: Downfall mod, which lets you align with the Corrupt Heart and destroy the do-gooder heroes trying to destroy it.
Slimes and Sneks and other monsters have been modded into playable characters in Slay The Spire before, but in Downfall's new mode you're actually on the side of evil. The Heart is the one who awakens you and sends you on a trip down the Spire to defend it. Check out the mod's trailer above.
>> If you're interested, you only have to subscribe to its Steam Workshop page.

You can now swim in ponds, rivers, and oceans with this Stardew Valley mod
https://www.pcgamer.com/you-can-now-swim-in-ponds-rivers-and-oceans-with-this-stardew-valley-mod/
I can't imagine the fatigue of working on the farm during Stardew Valley's sweltering Summers, so why not give your pixelated farmer a bit of a break? With this Stardew Valley mod simply called 'Swim', you can now take a refreshing dip in Pelican Town's various cooling waters. Created by aedenthorn, this mod lets you swim anywhere where there is water, meaning you can now jump into any river, pond, lake and ocean you choose.
To begin swimming, you need to approach any pool of water, press the J key and your character will switch into swimwear and jump right in. And that's not even the best part—not only can you now traverse water, this mod also lets you dive beneath the surface of the ocean and mountain lake.

Ubisoft releases first artworks for Hyper Scape, full reveal coming on July 2nd
https://www.dsogaming.com/news/ubisoft-releases-first-artworks-for-hyper-scape-full-reveal-coming-on-july-2nd/
Earlier today, a rumor surfaced, suggesting that Ubisoft would be teasing a new IP, called Hyper Scape. And a few of minutes ago, Ubisoft Middle East released the first artworks for this game. Moreover, its official website states that the game will be fully revealed on July 2nd.

Call of Duty Modern Warfare Season 4 Update releases tomorrow, adds support for 200 players in Battle Royale
https://www.dsogaming.com/news/call-of-duty-modern-warfare-season-4-update-releases-tomorrow-adds-support-for-200-players-in-battle-royale/
Activision has announced that the Season 4 Update for Call of Duty Modern Warfare will release tomorrow. According to the publisher, this patch will add support for up to 200 players in its Battle Royale Mode, Call of Duty: Warzone.
>> Guess what, that tomorrow is actually today.

Death Stranding PC will support DLSS 2.0 Tech
https://www.dsogaming.com/news/death-stranding-pc-support-dlss-2-0-tech/
It appears that the PC version of Death Stranding will support NVIDIA’s latest DLSS tech, DLSS 2.0. This was revealed via a new press release that NVIDIA sent to specific media partners. While NVIDIA did not send us this press release, it was leaked online so we’ve decided to report on it.

New Cyberpunk 2077 4K RTX Screenshots released, showcasing its Ray Tracing Effects
https://www.dsogaming.com/screenshot-news/new-cyberpunk-2077-4k-rtx-screenshots-released-showcasing-its-ray-tracing-effects/
NVIDIA has just released a new set of RTX screenshots for Cyberpunk 2077. As the title suggests, these screenshots showcase the game’s real-time ray tracing effects. These screenshots were captured in 4K, and you can find them after the jump.

Part two of the Tuesday news:

Diablo 2 is 20 today, so grab these gross wings in Diablo 3
https://www.pcgamer.com/diablo-2-is-20-today-so-grab-these-gross-wings-in-diablo-3/
20 years have somehow passed since Diablo 2 first sent us legging it through dungeons and deserts on the trail of the now corrupt hero from the first game. It was quite the trip, and one that set the standard for all other action-RPGs.
(...)
As for free stuff—because what's a celebration without goodies?—you can get your hands on a pair of Prime Evil Wings in Diablo 3. All you need to do is log in after June 29. This piece of cosmetic gear gives you gross, sharp-looking tendrils that sprout of of your back, just like the Lord of Destruction. Check them out in the video below.

World of Warcraft Classic will relive the best event in WoW history on July 28
https://www.pcgamer.com/world-of-warcraft-classic-will-relive-the-best-event-in-wow-history-on-july-28/
On July 28, World of Warcraft Classic players will relive the Gates of Ahn'Qiraj world event, which will see thousands race to be the first to open the titular gates and unleash a horde of angry monsters on Azeroth.
On that day in July, World of Warcraft Classic will enter phase five of its release schedule. The update will add the Scepter of the Shifting Sands questline and start the Ahn'Qiraj war effort—two key components in a world-spanning event that will require hardcore guilds and entire server communities to work together.

Hunt: Showdown now has dual wielding and a single player mode
https://www.pcgamer.com/hunt-showdown-now-has-dual-wielding-and-a-single-player-mode/
Hunt: Showdown just got a major update in the form of 1.4.1, which adds handgun dual wielding and a single player Trials mode. Free from the danger of other players, you can now traipse around both maps completing challenges and, if you like, just taking in the serenity.

Syn is an open world cyberpunk FPS in development at Tencent Games
https://www.pcgamer.com/syn-is-an-open-world-cyberpunk-fps-in-development-at-tencent-games/
Tencent Games is working on a new open world cyberpunk FPS confirmed for both PC and console. Announced at the company's annual conference at the weekend, Syn is the work of internal studio Lightspeed and Quantum Studios, which has previously worked on a PUBG mobile port.
>> Xxain made a thread about this game during the weekend.

Long-rumored Harry Potter RPG will reportedly release in 2021
https://www.pcgamer.com/long-rumored-harry-potter-rpg-will-reportedly-release-in-2021/
A Harry Potter RPG developed by Avalanche Software will launch in late 2021 for next-gen consoles, according to a new Bloomberg report. Publisher Warner Bros. has yet to officially announce the game, but its existence is almost indisputable at this point: it's been rumored for years, with footage leaked in 2018.

Monster Hunter's big Alatreon update is out this July
https://www.pcgamer.com/monster-hunters-big-alatreon-update-is-out-this-july/
The next big Monster Hunter World: Iceborne update is set to release on July 9. The Alatreon update had been previously postponed but Capcom has now confirmed that the update will be out next week. This is the fourth update to the beast hunting RPG and is completely free to play for those who already own the game.

The latest Call of Duty: Modern Warfare and Warzone update adds a new sniper rifle and nerfs the Grau
https://www.pcgamer.com/the-latest-call-of-duty-modern-warfare-and-warzone-update-adds-a-new-sniper-rifle-and-nerfs-the-grau/
Call of Duty: Modern Warfare's 'Season 4 Reloaded' patch is available to download, adding support for up to 200 players in Warzone, as well as a new weapon, map, and operator. The 36GB update also introduces several weapon adjustments, including nerfs to the Grau 5.56 and buffs to sniper rifles across the board. 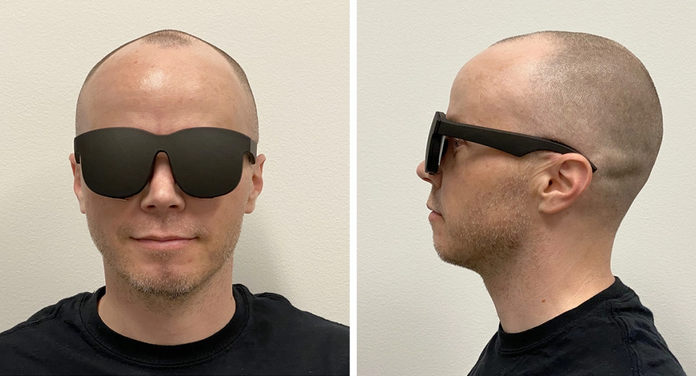 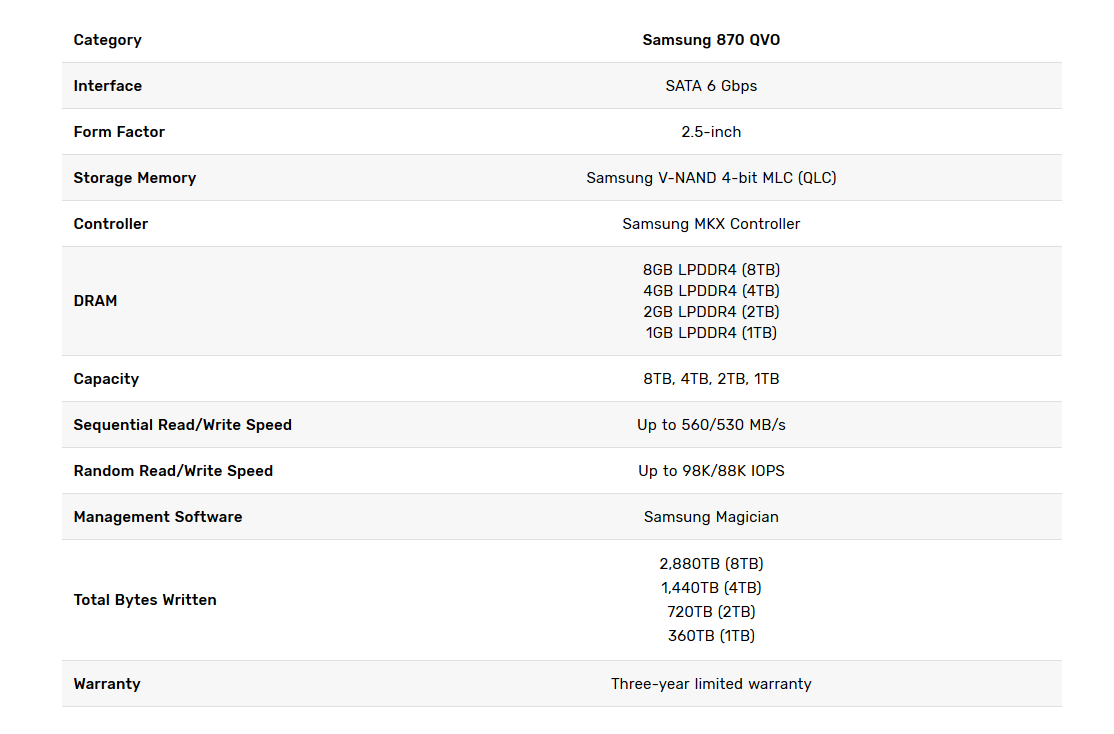 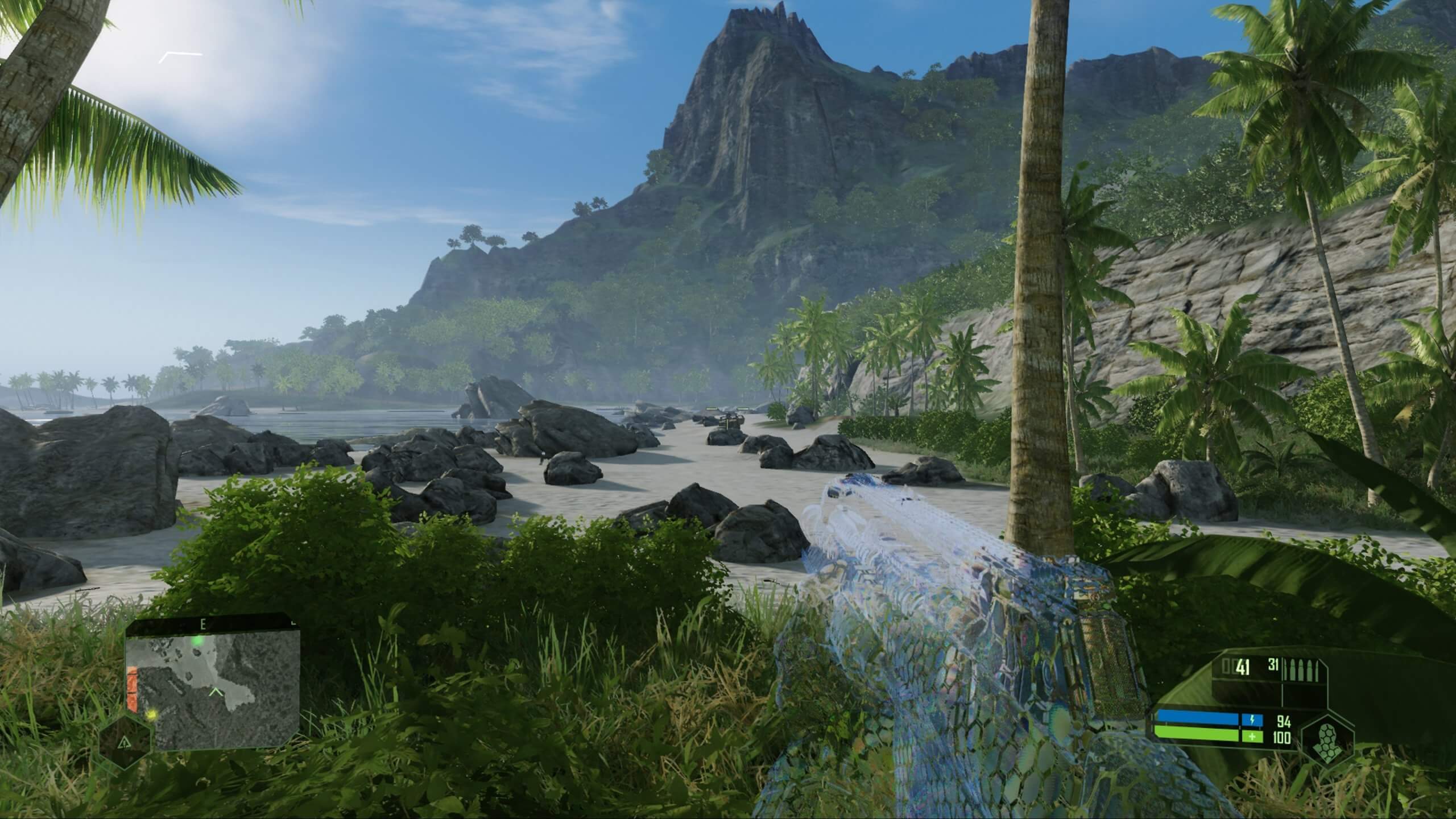 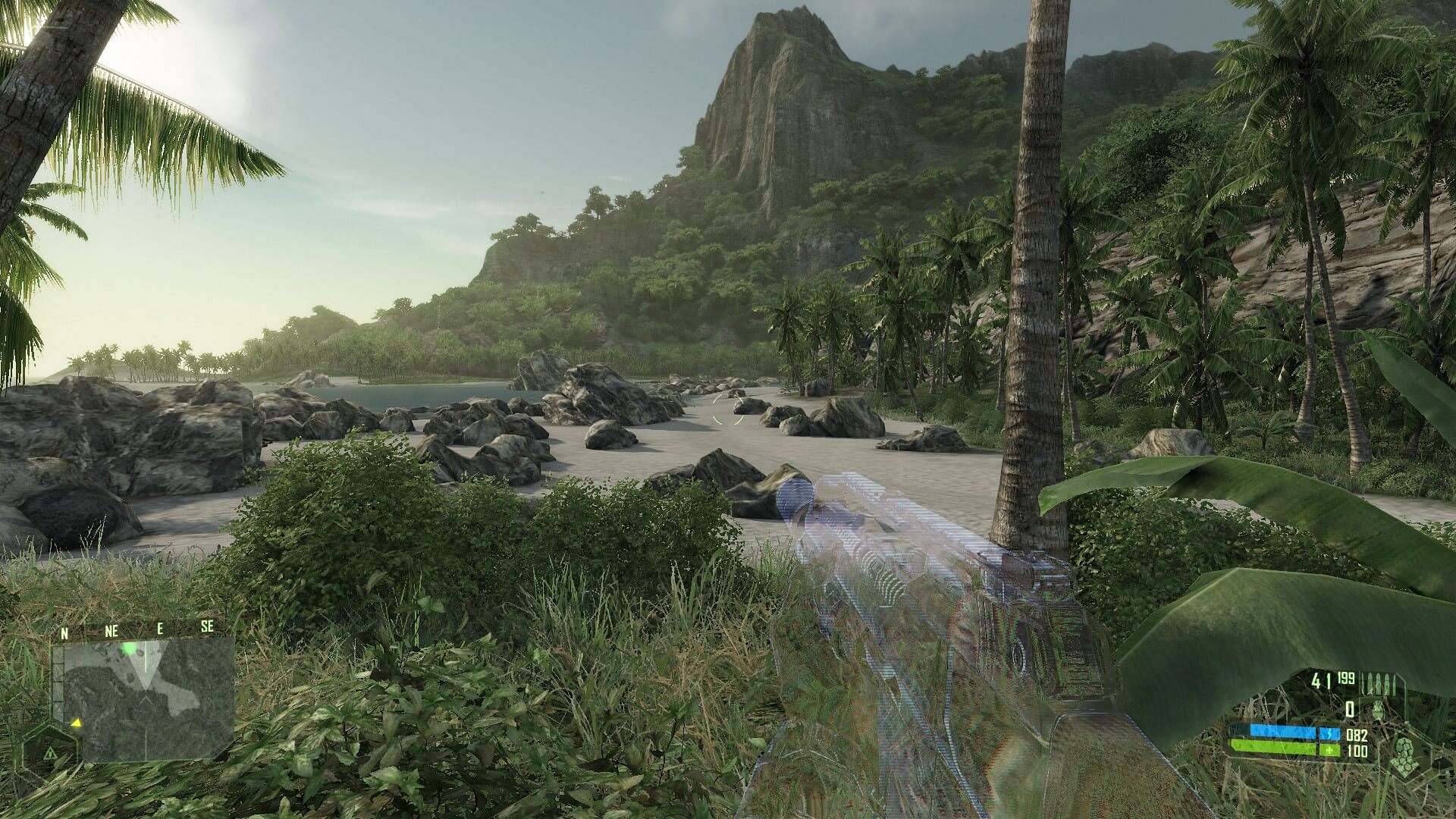 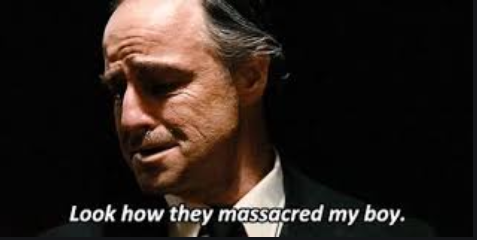 There's more screens in the link. Somethings do look better but man, somethings don't look so good. Remember that this is still from the X1 version.

Apparently, they used global illumination for the lighting in game. Not worth the trade off imo. Geometry has taken a big hit and so has the art direction.