And what would expect the amiibo to do? I'd much rather it be something pointless like this than locking major content like it was in Twilight Princess. Amiibo are a bad thing in general, but you can't really expect Nintendo to stop making them, and they will always put some kind of in-game use for them since that's (supposedly) the whole appeal of the concept.

I feel this is the exact opposite of something pointless, though. Whether you feel it's a needless cheat code or not, it's a feature. It's not actually that different from Twilight Princesses feature being locked behind amiibo, other then that was a bigger feature being locked behind amiibo. The most pointless amiibo inclusions are when you just get something like an easily-accessible collectible in game through scanning an amiibo, like the ones where you can only scan an amiibo once or twice a day to stop farming of things you can already easily farm in game, which is usually the most pro-consumer ones because you don't need to buy an amiibo to access that content. It's not a feature that you otherwise wouldn't have. It's just something regularly in the game.

I guess I won't be double dipping on Skyward Sword. I was hoping for the ability to play it on TV without motion controls. (got stuck due to the motion controls on the Wii not working half the time) However full price (CAD 80), plus now this Amiibo stunt, I'm out.

Windwaker HD was much less and a much bigger upgrade. What are you doing Nintendo.

They're making money. Lots of people will buy the game, if they can get away with it, they'll do it. And they will get away with it. Nintendo has been greedy all along the Switch's lifespan, really shouldn't be a surprise anymore.

GameStop is offering a complimentary poster with Skyward Sword HD pre-orders. Check it out.

Take to the skies, draw your sword, and experience the earliest story in the Legend of Zelda™ series.

Return to Hyrule – and the skies above – in this first look at gameplay for the sequel to The Legend of #Zelda: Breath of the Wild, planned for release on #NintendoSwitch in 2022. pic.twitter.com/wLGHswL3Nj 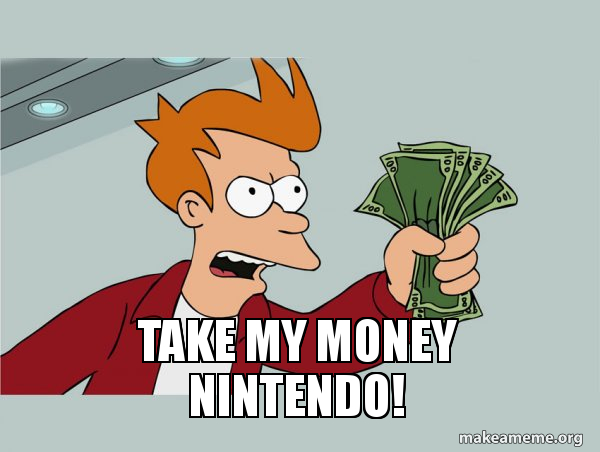 Not really digging the sky thing or the flame thrower.

Edited to try and fix page.