Game has lost part of its charm

From the latest BotW2 clips that showed Link falling from the sky, maybe we will finally get the freedom to fly and land anywhere that was missing in Skyward Sword.

Does anyone know if I will be able to play SS HD on hard mode right from the start?

BOTW, the gift that keeps giving

Skyward Sword is scored 82 on MT. Solid, but not great. The scores for Zelda original releases vs remasters:

I'm not really surprised to see such a steep decline in scores, as all Zelda remasters score worse compared to the original releases

And there's nothing much about SS remaster to make it better than the original. Even the 3DS games that were indeed remakes scored 5-6 points under the originals

Wind Waker isn't a remake, but has graphics and gameplay upgrades, -6 points nonetheless

Skyward Sword is more like Twilight Princess, both anemic remasters: -11 and -10 respectively

Personally I for one would also never give a remaster or remake (a straight forward one at least) a score as high as the original. Simply due to the fact that no matter how much work has or has not gone into something, it’s just not new. And making improvements and modernizing things is just not really impressive. I wonder why those are even given scores at all actually, because they hardly reflect the real quality of a game. I think it should be taken more as a score about the quality of the improvements and changes.

For these Zelda ones in particular, jury’s still out on Skyward Sword obviously because I haven’t played it yet, but Majora’s Mask was made worse because of the changes to the bosses and save system and Twilight Princess wasn’t really anything more then a port with a resolution bump which was disappointing. The Wind Waker was an improvement though but that one started off the weakest of the bunch. Ocarina of Time was exactly the same except for the boot equipping which was fine because that game was already perfect. The fact that Ocarina was still given a score as high as it got, only a couple points under the original and higher than nine out of ten games that are actually new, probably speaks volumes about how good it is.

And yes this was a post made to once again rub it in that Ocarina of Time is perfect.

Ok, Twilight Princess didn't get the same kind of treatment as, say, Xenoblade Chronicles Definitive Edition, but it was most definitely not just a port with a higher resolution, virtually every texture was redone and a number of interiors had improved geometry. It also benefited from much improved color direction that got rid of that early 7th gen "left to soak in a mud puddle overnight" look.

I was just in my local used game store and saw this: 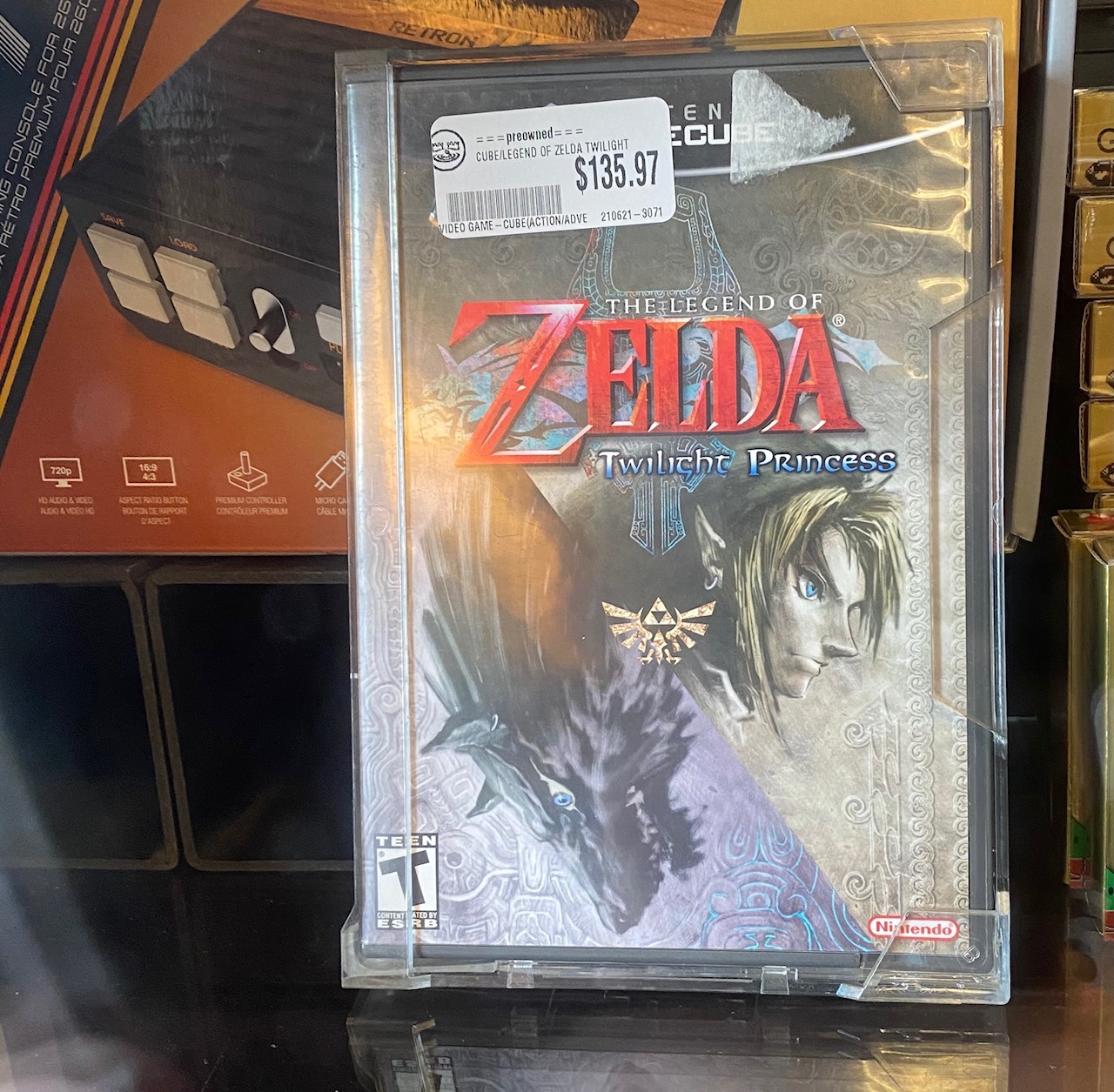 This seems pretty pricey, even for a GCN Zelda game, but then I checked eBay; the buy-it-now options are similarly priced. 0_0

My brother has an unopened GameCube version. Cheeky dude knew what's up even at 13.