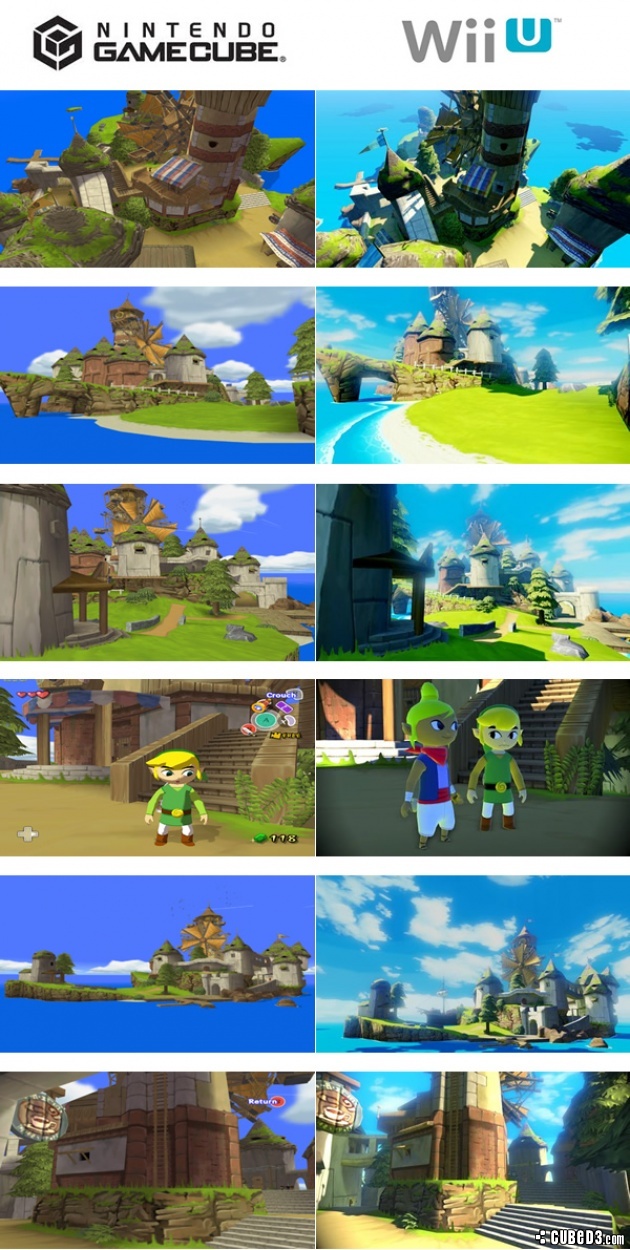 The lighting looks so good, it's amazing how much it adds. Obviously the water and sky's been upgraded too. I love the setting. I'm a huge fan of ocean and island adventures. I have a feeling this may be one of my favorite Zeldas, now that I'm old enough not to be bothered by the fact it looks like a cartoon.

Am I the only one who was reminded of Wii Sports Resort by the screenshot with the windmill?