It is. I want to replay it as well, haven’t played my Switch version, only played it on WiiU. But it’s such a ginormous game, I don’t know when I’ll have the time.

I'm looking for a Link's Awakening, but I really think $60 for a is a bit overpriced for a top-down perspective remake.

What do you guys think? Is it better than ALBW?

But maybe I’m not the most unbiased person to ask with regards to Link’s Awakening. I have an unhealthy obsession with the game, I still think it’s the second best Zelda ever made and one of the best games in general.

It’s has a very charming, unique style and story with great characters and enemies. Its lighthearted and funny, yet there’s a lot of bittersweet and sad moments. It’s quite an emotional game, with for the time it originally came out a shocking plottwist. I don’t know if you know, it’s well known now.

It’s dungeons are fun, each with their own, varied, themes. The difficulty of the dungeons starts out quite mellow, but ramps up towards the end. The last few are genuinely challenging both mentally as well as in terms of enemies and bosses. The game world is filled to the brim with content and is structured in a way that it opens up the further you get, similar to Majora’s Mask.

The original GameBoy game is also notable because it introduced many mainstays of the series, which is often overlooked or credited to its successor Ocarina of Time. The game however introduced both the big collect-a-ton (seashells in this case) and trading sidequests to the series, introduced a musical instrument for which you can get songs that have different effects, a guide character, the fishing mini-game and mini-bosses.

The remake is well done, the artstyle is extremely charming and looks colorful and crisp. The new style fits the game’s theme well, a quirky look while there’s a pretty depressing mood and foreshadowing. Because the Switch has a ton more input options than the GameBoy did, it’s control and UI are streamlined and direct. Its soundtrack, while not orchestral like Skyward Sword and Breath of the Wild has gotten a big upgrade, there’s plenty of good songs in the game.

Both Link’s Awakening and A Link Between Worlds have a big connection with SNES classic A Link to the Past, with the former being its direct successor and the latter an indirect successor set centuries later in the same land, with a similar style of gameplay. While A Link Between Worlds is a good game, I feel it is sort of the poorer version of A Link to the Past, maybe borrowing a bit too much. Link’s Awakening however, I felt back then and still do now, eclipsed its ‘big’ console brother in every way.

In worse case, wait for one of these occasional first party sales from Nintendo. They usually slash 33% of their prices on the Eshop.

Anywoo, I value my physical copies so I don't mind the starting price as much. Especially, since these rarely get price discounts lol.

BOTW doesn't lack in story like people often criticize it for it just uses a different type of story telling one that is not direct or push to the player in a mandatory way, on top of the memory quest that gives back story to the game's events you have so much lore in the detail and design of the world that fills in gaps like how the house in Hateno is hinted to have been Link's before he set off to Hyrule Castle or some of the details that this video highlights.

This YouTuber beats BotW without walking: 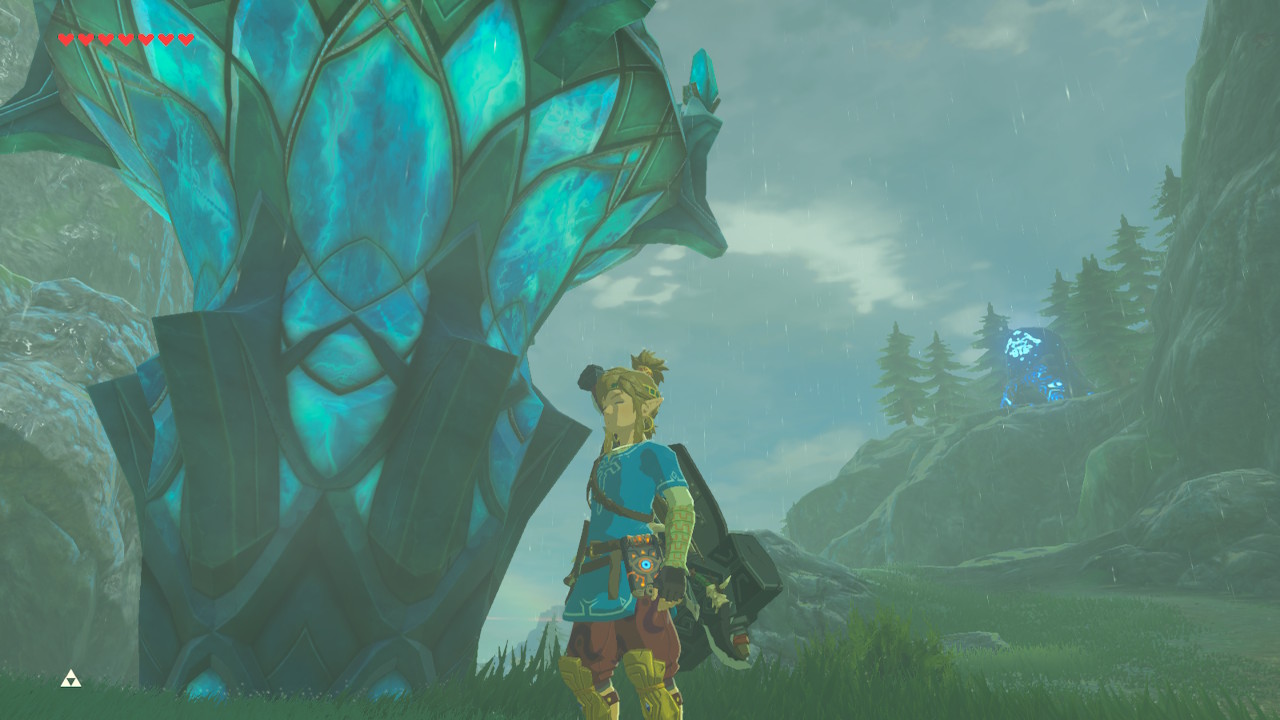 I see you're a man of culture as well